The Newmarket region has always been a great nugget of fun, a tiny town tucked along the Lamprey River that bleeds quaintness and feels a lot like coffee on a Sunday morning.

The area also harbors some of the best musicians from around the state.  Like the Kenny Brothers Band — Billy, Taylor and Joe (and Tim Martin on keys) from nearby Stratham, whose music is a mashup of rock and roots, low country road songs and harmonic reflections on now and then.  Agewise, the three brothers are within a couple years striking distance of each other.  They were raised on classic rock and Motown, signature sounds coming from the radio inside their parents’ car as they cruised around the mills and backroads growing up, going to the rink or soccer field.

It was on those rides when the music really got into the bones of the boys.

Fast forward to 2016 and the brothers put out their first CD of original music called “Walk In The Woods.”  People caught on and it didn’t take very long.  The Kenny Brothers put on a really great live show — combining both originals and cover songs with a sweeping resilience — and their music blows over you with a thickness that feels clean, well worn and refreshingly unjaded.

They have a brand new CD out called “Friends and Lovers and Radios,” and GSM decided to touch base with the gents and see what they have planned for the coming summer.

Q. Did you and your brother’s luck out when it comes to making music together?  Many people have brothers, not many still play together in a rock band as adults.

A. I think there’s been a little luck. But a lot of it was because while we were growing up, we were at all different stages in life. Either one of us was in college, one of us was in high school, while the other was in eighth grade. So in those early stages of playing, we always took breaks throughout the year and just got together in the summer. But I think there was a foundation after playing for many years casually, it gave us a solid base to write music from and at that point knew how to work well with each other. So I feel like timing was our biggest challenge but when we did get together with some original songs in 2014, when we knew it was the right time to start. I guess you could say there’s a little luck in that.

Q. How much music did your folks have playing around the house growing up?

A. There was always music going in our house, and a lot of different stuff too. I felt like when we were little, our parents always had the stereo on in the car. We were always on our way to hockey practice, or soccer practice or whatever, but getting in the car and blasting the music was sometimes the funnest part, and one of the most vivid memories I have of being a kid. I think as we got older, we started listening to our dad’s old records. I think that’s when I, and I think all of us, really started to fall in love with music. We all have record players now, trying to still divvy up those records.

Q. Why did you gravitate to country and roots music as opposed to any other form?

A. We listened and played many different types of music, but I think roots music was always at the heart of everything we listened to. I mean you could trace it back to blues music too, but I think the classic rock stuff was what always inspired us to be musicians. My dad listened to a lot of Rolling Stones, Grateful Dead, The Band, and my mom listened to a lot of Motown. So when we first started playing we drew from those two worlds, and then we drifted into a jazz fusion trio for a while. But when we first wrote songs for “Walk in the Woods,” I think a lot of the roots stuff came out quite naturally. I think just because we listened to it so much as kids.

Q.  Are you as confident on stage playing solo as you are with your brothers?

A. Definitely not! There’s no one to hide behind! You’re truly exposed when you’re playing by yourself and your whole sound is based on how well you play and your energy. That’s a tough thing to do. I don’t play a whole lot of gigs solo for that reason. I’ve always played with a band so I just feel so naked when I’m playing by myself. Something I definitely want to get used to, but the time hasn’t come quite yet! Maybe this year!

Q.  As the youngest brother in the band, let’s be honest, you are also the bandleader.  How does that happen?

A. To be honest, I am not sure! It just sort of worked out that way without any of us knowing. When I went out into the Southwest in 2013, I was in the wilderness for three months and realized I really wanted to pursue songwriting. I was rock climbing with a group of people in Arizona when someone brought a guitar and, having been without music for almost two and half months, I wrote three songs really quick. When I got back to the Northeast, I played them for my brothers and that was the birth of “Walk in the Woods.” After that, I fell in love with songwriting. Billy had some songs for “Walk in the Woods,” and “Agitated” we wrote together, but I think when I started writing a majority of the songs, it just kind of pushed me into that position.

Q.  When you listen to the Kenny Brothers, what are you most proud and where do you think you guys need work?

A. I think some of our live shows over the past few years have been some of our proudest moments. Getting a big group of people together all for the love of music is very satisfying.  Now that being said, I do think we need to keep improving our live show. I also wanted to keep growing as a songwriter and keep experimenting with our sound too.

Q. Tell me about “your” music scene, your home base – Who is in it? What draws you to it?  What is it about the area that makes you hear fiddles dancing in the night?

A. The music scene that we’ve been a part of has been very supportive throughout the years. I think there’s a lot of cool music going on, and it’s so eclectic. Everyone seems to be taking their own lane and crushing it. There are some rockers, pickers, fiddlers; really anything you want to get a taste of, you can taste it here.  And I think with such a diverse community of musicians there so much inspiration to keep creating.

Q. The new record, “Friends, Lovers and Radio” is very excellent.  It’s windy and full of open roads, music, rambling and smoke.  It has summertime written all over it. Is that hard to create during a dismal pandemic?

A. Yeah, it’s just weird, man. Sometimes it feels normal to get in a room and just write, but then you remember what context you’re in, and sometimes that can impede the writing process, I’ve found at least. Luckily, for this new record, we had all the tracking done before the pandemic officially hit in the U.S. But all the post-production which sometimes can be harder, took a long time in the pandemic just because it was harder to all get in the same room and agree on something.

Q. You brought in some local heavy hitters to assist on some songs.  Tell me about them?

Yeah, so like I was saying before, there’s so much good music on the Seacoast it’s hard to NOT to collaborate. We had Scott and Betsy Heron of the folk duo, Green Heron, play fiddle and banjo on “Yes Man Blues” and “Forever Now.” Jake Davis from Jake Davis and the Whiskey Stones played some lap steel on “Praying for Love,” Ryan O’Connell played trumpet, and Tyler Geis (also studio engineer) played tenor saxophone on “Farmers Girl.” So yeah, we had a bunch of good times with those folks at the Mad Cherry Barn, so excited we could collaborate on this project with them.

Q. The record just smells LIVE!  Are you smellin’ what I’m smellin’, Joe?

A. Yeah, I’m sniffin’, and in some cases sniffin’ pretty hard.

If you’re interested in learning more about The Kenny Brothers, go to their website.  They are really fun to see and listen too.

www.kennybrothersband.com or check out the title track of their new CD below: 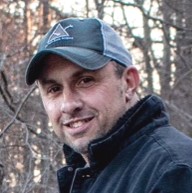 You can reach Rob Azevedo at onemanmanch@gmail.com