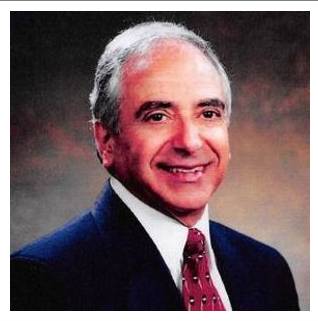 He was born in Boston, MA, on February 6, 1935, the son of George A. and Edna M. (Ferris) Nicholas. He was a graduate of Manchester Central High School and earned his bachelor’s degree in philosophy, minor in education, from Saint Anselm College. He was a real estate broker in the Queen City for 33 years, before retiring in 2016.

Edmund had a passion for drumming. He was a professional drummer with The Four Ladds, for Paul Anka, and with the worship team of his former church, Faith Christian Church, for more than 15 years. He was also a very active member in his present church, Faith Worship Center in Pepperell, MA.

He was a very compassionate man with a great sense of humor. He was very witty, funny, and loved to make people laugh. Above all, he will be remembered as a loving husband, father, grandfather, step-father, step-grandfather, brother, and friend.

Edmund was predeceased by his first wife, Shanne A. (Douville) Nicholas, in 1994.

Family includes his wife of 23 years, Judy A. (Proulx) Nicholas of Manchester; three sons, Anthony Nicholas of Manchester, Adam Nicholas of Hudson, and Andrew Nicholas, and wife Tracey, of Chester; three grandchildren, Alexander, Shanne, and James; two step-daughters, Laurie Houle of MD, and Stefanie Houle, and her significant other, Brent Dow, of Windham; and four step-grandchildren, Rhianna, Payton, Joseph, and William. He was also predeceased by his three sisters, Myrna Perkins, Diana Love and Georgia Eaton; and two half-brothers, William and Michael Nicholas.