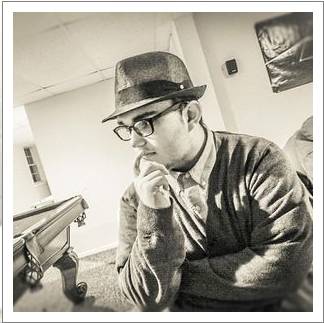 Born in Manchester, he was the son of Christopher Blake and Robin Brown. Raised in Manchester, Dustin was educated at local schools and was entering his Junior year at Central High School. During his tenure at Central, Dustin focused his attention on the Performing Arts. He had an undeniable passion for acting, singing, and dancing. He performed in Godspell and Fame, produced by Central High School, as well as Footloose, produced by the Community Theatre of Nashua. An accomplished actor and singer, Dustin was voted President of “The Maskers,” the drama club, and the Vice President of the Choral Club for the upcoming school year. In the past two years, Dustin wrote several plays as he aspired to be a screenplay writer and film maker. Writing, directing, and performing “The Intervention” for the Central Spring Shorts this past May was the highlight of Dustin’s Performing Arts Career. Dustin took great pride in his first summer job at Cinemagic in Hooksett, working as a cashier, concession stand clerk, cleaner, and usher.

A beloved son, brother, grandson, and nephew, Dustin was a friend to all. Dustin’s larger-than-life personality and sense of humor brought laughter and positivity to everyone around him. In his spare time, Dustin enjoyed photography and helping his grandfather, John Blake, participate in local farmer’s markets. Dustin will be best remembered for his kind heart and jovial spirit.

ARRANGEMENTS: Visitation will be held in the Phaneuf Funeral Homes and Crematorium, 243 Hanover St., Manchester on Wednesday, August 9, from 4 to 7 p.m. Funeral will be held in the Phaneuf Funeral Home on Thursday, August 10, at 10 a.m. followed by an entombment service at the Mt. Calvary Cemetery Mausoleum, 474 Goffstown Rd., Manchester. Friends and relatives are invited. In lieu of flowers, memorial donations may be made to assist Dustin’s family with funeral expenses at Gofundme.com.