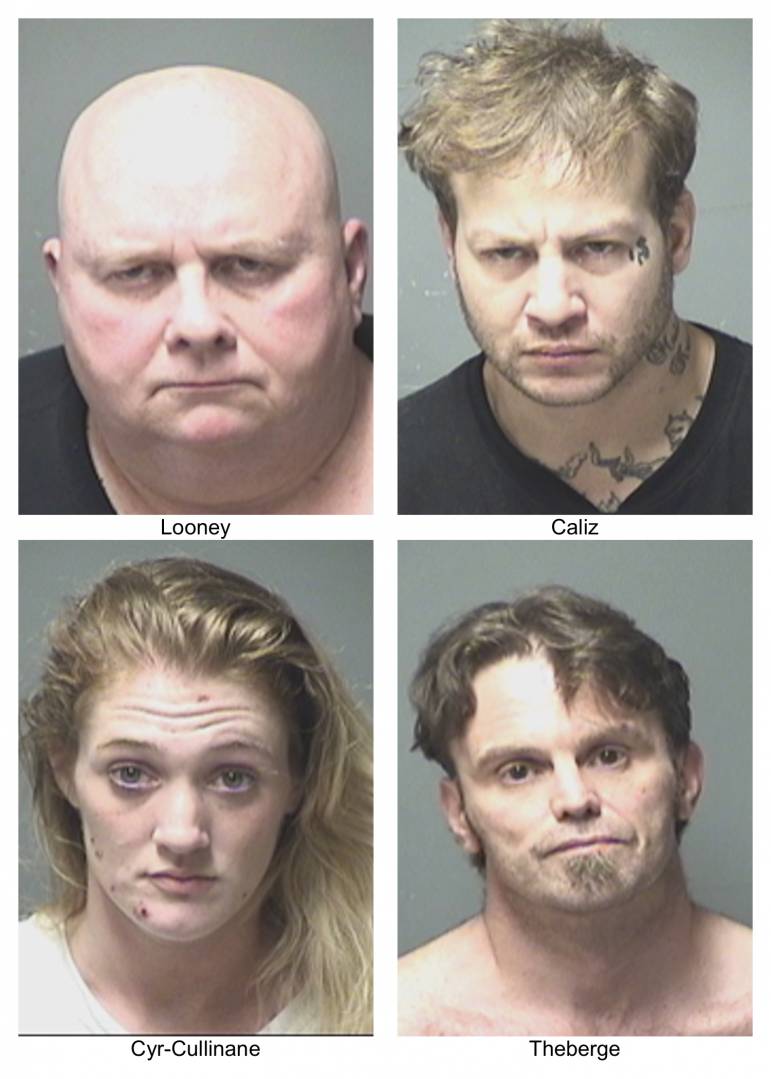 MANCHESTER, NH – The Manchester Police Special Enforcement Division, in conjunction with the Manchester Police SWAT team, executed a search warrant at 472 Granite St., apartment #4 on July 28, 2017 approximately 5:50 a.m. The investigators confirmed both crack cocaine and fentanyl were being sold from the Granite Street apartment, so they applied for and were granted a search warrant for the apartment .

Investigators arrested three people inside of the apartment. Two of the targets, Edgar Caliz, 34, of Manchester, and Tiara Cyr Cullinane, 26, of New Boston, were taken into custody without incident. A third subject, George Theberge, 39, of Manchester, was also arrested on another agencies warrant.

Caliz was charged with felon in possession of a dangerous weapon and two counts possession of a controlled drug after detectives located an unloaded Hi-Point 9mm in his safe. They also located 9 suboxone strips and 38 Alprazolam pills inside of Caliz’ bedroom.

Tiara Cyr Cullinane was placed into custody on a warrant for sale of a controlled drug. Theberge was arrested on another agencies arrest warrant. Investigators also seized $2,410 cash from the safe.

The early morning investigation was the first part of the drug investigation, which ended with an additional arrest and seizure of over $24,000 worth of suspected fentanyl.

New Hampshire State Police assisted in a motor vehicle stop on July 28, 2017 around 1:35 p.m. near Exit 7 on Interstate 93 north. The operator of the U-Haul truck, William Looney, 54, of Manchester, was wanted on a sale of controlled drug warrant and the a target of an ongoing drug investigation.

Investigators approached Looney after he was stopped by Trooper Mark Hall. Looney allegedly made several attempts to conceal several cylindrical objects as they spoke with him, so he was removed from the vehicle and arrested on the warrant. A search incident to arrest confirmed the objects he attempted to conceal was actually 340 grams of suspected fentanyl with a street value of $24,000.