The Latest from Peter Noonan 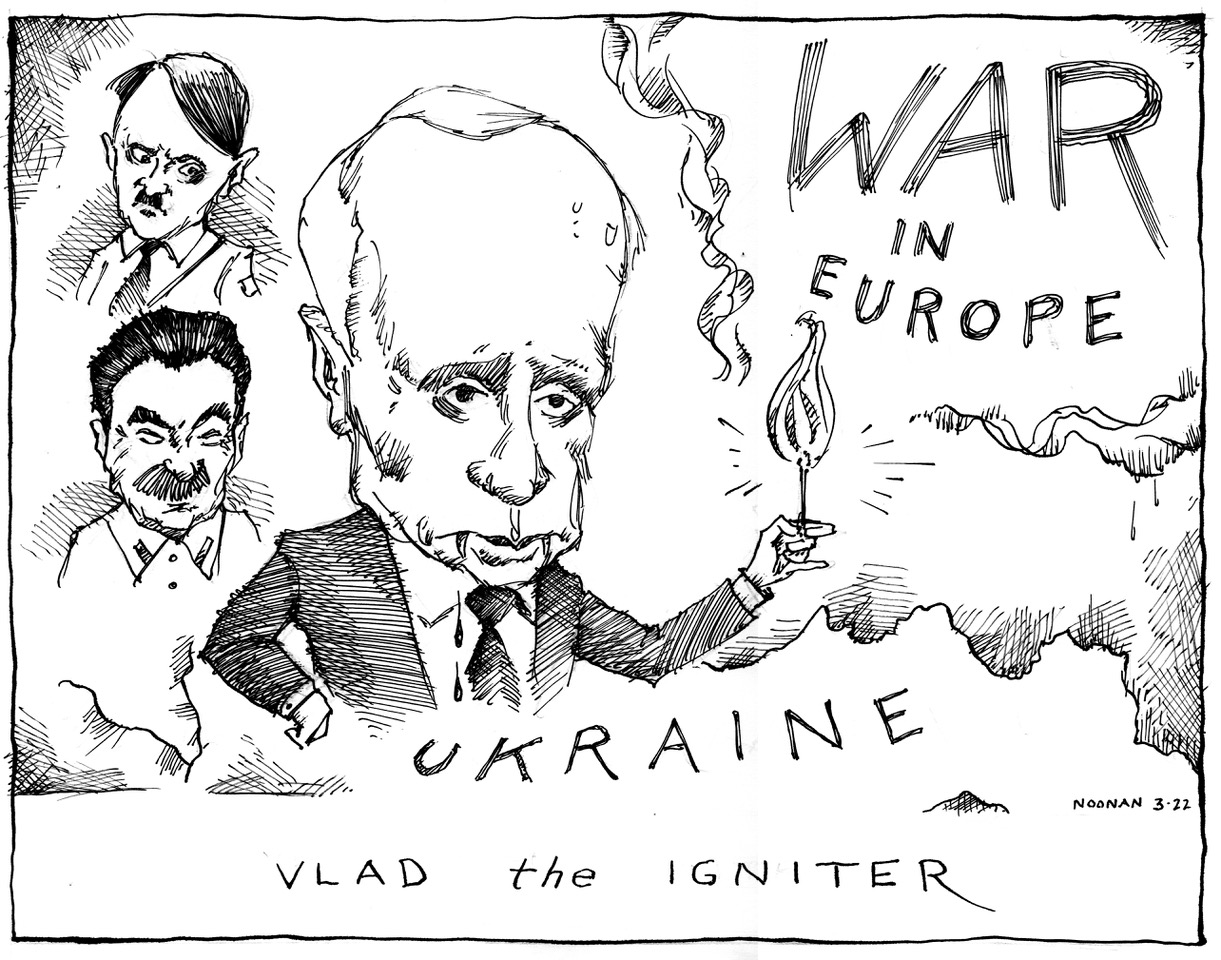 Peter Noonan is a designer, award-winning illustrator, cartoonist and fine artist. His work has appeared in schools, private collections and publications throughout the country, and here on Manchester Ink Link since 2016, or whenever the candidates stir things up. Rated O for opinionated.

Click individual images to enlarge and launch the slideshow – and enjoy. Peter Noonan is an award-winning illustrator, fine artist and cartoonist.  His editorial and political cartoons have won plaudits from politicians and critics worldwide.  Peter’s fine art hangs in public and private collections and schools throughout the U.S. and England, including the NH State House in Concord.
His illustration and design work has appeared in numerous publications throughout the country, including NH Magazine and I.D. Magazine. A New Hampshire native, Peter studied at Colby-Sawyer College in New London, and the School of the Museum of Fine Arts in Boston and Paris.  He lives in Manchester with his wife, daughter and dog.