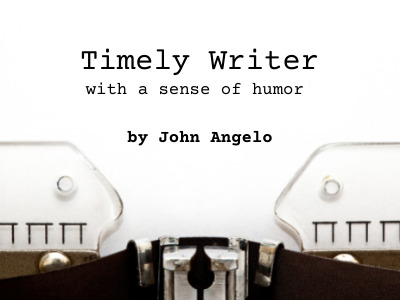 Dean Kamen thought that it was, is or will be a good idea to donate the red phone box in Manchester’s City Hall Plaza as part of the area’s 1999 renovation.

The phone box and its blue companion, a police call box, are fixtures of the long-running popular BBC TV sci-fi series Dr. Who. The boxes, known as TARDIS (Time and Relative Dimension In Space) allow the show’s characters to travel both temporally and spatially, something like muscling your way out of Times Square on New Year’s Eve once the disco ball is defused. This has made for creatively improvised slices of history. One moving episode found the Eleventh Dr. Who and his partner Amy Pond transporting Vincent Van Gogh to a contemporary art museum hosting an exhibition of his work. Red-heady stuff for an artist who struggled daily in his lifetime.

The episode did not reveal whether Vincent bought any “Starry Night” refrigerator magnets, lunch boxes or coasters.

The cast-iron more-than-a-ton TARDIS landed in City Hall Plaza through the donated materials and labor of a number of local businesses. Jutras Signs installed the box on April 28, 1999. For the record, the date was 10 days after Wayne Gretzky played his last game in the NHL and “No Scrubs” by TLC was the #1 song. Don’t ask me to sing it.

I was impressed by the thoughtful and often deeply-personal responses I got when I asked Manchester folks “When or where would you travel in TARDIS?”

I’m paid mightily to be funny, however, so I would use TARDIS to bracket time as we know it. I would first go back to the crux of evolution on our planet as described by Gene Wilder in Young Frankenstein: “From the very first day when filthy bits of slime crawled out of the sea and called to the stars ‘I am MAN!’…”

My future visit will be to the planet Tralfamadore for Super Bowl 17,326. As detailed by Kurt Vonnegut in Slaughterhouse-Five, Tralfamadore is a kajillion light-years from earth and its atmosphere is pure cyanide. My New York Jets have not fared well on planet Earth. A change of Super Bowl venue will finally pay off.

Thankfully, other folks around Manchester had better uses for TARDIS…

City of Manchester Director of Welfare Charleen Michaud: “Right about now, any tropical beach post-Covid would do!”

Comment: Can’t argue with this. Rev up the 2023 bathing suits.

City of Manchester Parks and Recreation Supervisor Eric Bukowski: “I’d like to see Babe Ruth at Gill Stadium playing in one of his first professional games. Gill Stadium has been a classic Manchester fixture for a long time.”

Comment: Ruth played only part of his only minor league season in 1914 for the Baltimore Orioles before being sold to the Red Sox. (The Baltimore major league team in 1914 was the Terrapins. Man, were they slow on the bases)! On a spring day in 1914, the Babe pitched for the Orioles at Gill Stadium, then known as Textile Field.

Eliot Hospital Physician’s Assistant Brian Kennedy: “I’d time travel shortly after my death to see my daughter as a grandmother. See the lives her children and grandchildren made. Basic experiences I wouldn’t otherwise live to see. I don’t care about what colonial Mars looks like and don’t want to die of cholera in the 1600s.”

Comment: A sweet codicil to any will and also spot-on about the 1600s. They started wickedly as in February 1600, excommunicated Catholic priest and philosopher Giordano Bruno was burned at the stake by the Roman Inquisition for teaching that the universe held infinite stars and likely tens of thousands of planets. Donations accepted to FedEx a TARDIS to Bruno and a “Get Out of Jail Free” card to Galileo inmediatamente!

LICSW Dina Solomon: “I have been stumped by your Tardis inquiry. I feel like I should want to go lots of places and times. See the Hanging Gardens of Babylon, witness my birth and my grandparents falling in love. To be behind the scenes with the FBI to see what really happened with the Kennedy assassination. Sit on one of the moons of Jupiter and look at Saturn’s rings or see the earth from the moon. Go to a quiet and warm white sands beach. It’s not that I don’t have interest and curiosity about all of these things, but none of them seem particularly important. I honestly am satisfied with being when and where I am.”

Comment:  Be Here Now is great advice when the TARDIS GPS gets overloaded.

President of Unitarian-Universalist Action NH Curtis Smith: “My TARDIS visit would be to 60 Center Street in Manhattan on Saturday April 5, 1903 where my father Warren, an office boy of fifteen at the time, was robbed of the $1,400 office payroll which he was carrying. My father overcame the suspicion that he had stolen the money to identify the actual robber in a police lineup. I would ask him how, despite having lost his mother at an early age and having no more than an eighth-grade education, he managed to overcome adversity to pass on the spirit of this triumph to his three sons.”

Comment:  There are times we can only stand on the shoulders of those who came before us and marvel.

Photographer Eric Snyder: “I would go back in time and invent Google.”

Comment: If you do, be sure to trademark “Google” as both a noun and a verb and to put “Eric Snyder Photography” all over the place.

City of Manchester City Hall Archives and Record Management Officer Michael Intranuovo: “I’d definitely want to speak to the City’s first mayor, aldermen and members of the Common Council to get some insight into what local government was like on a more personal level.”

Comment: Manchester’s first mayor Hiram Brown (1846-47) was an anti-Jacksonian Whig. Among other things, the short-lived political party believed in federal subsidies for the construction of infrastructure. I don’t know if Dean Kamen is, was, or will be a Whig, but I think this policy covers TARDIS getting a much-needed cleaning and tune-up both prehistorically and in perpetuity.

Keep in mind when cleaning TARDIS that once you step inside, the space-time fields are more elongated than Einstein’s hair. TARDIS will have to be sent through Infinity Car Wash again and again and again.

An extended where and when thank you to Michael Intranuovo for researching and providing me with considerable information on Manchester’s red TARDIS.