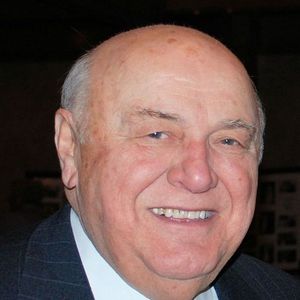 He was born in Fourka, Greece, on August 3, 1930, the son of George and Ziotsa (Economou) Skaperdas. He immigrated through Ellis Island with his mother at the age of 6 joining his father to live in their home in Manchester. He was a graduate of Manchester High School Central. He continued his education receiving a Bachelor of Arts in Chemistry from the University of New Hampshire, Durham in 1953. Nick was a proud graduate of Tufts University School of Dentistry earning his Doctorate of Medical Dentistry (DMD) in 1957. Prior to establishing his private practice, he served as a dentist with the grade of Lieutenant in the United States Navy. He met his wife of 53 years, Maria (Orfanedes), while stationed in Norfolk, Virginia.

For over 50 years, he ran his own dental practice in Manchester. Earlier in his career, he taught at Tufts University School of Dentistry in Boston, MA, and at New Hampshire College. He was a member of the Manchester Dental Society. Nick was honored with the “Key to the City” for his long-time service as a board member of the Manchester Board of Health. Also, he served many years on the Board of Directors for St. George Greek Orthodox Cathedral. He was Past Master of Washington Lodge #61 F & AM in Manchester and a member of Bektash Shrine. He was predeceased by his wife, Maria (Orfanedes) Skaperdas in 2011.

He and Maria traveled extensively throughout Europe, Russia, China and India. He was an avid photographer chronicling their travels and photographing family weddings and baptisms. When he wasn’t in Manchester or traveling, he enjoyed spending his summers at Plaice Cove in Hampton Beach with family and friends.

Calling hours will be at Phaneuf Funeral Homes and Crematorium, 243 Hanover St., Manchester on Sunday from 4 to 7 p.m. A Masonic ceremony will take place in the funeral home on Sunday at 5:30 p.m. followed by a Trisageon Service at 6:30 p.m.. Funeral services will be held on Monday morning at 10 a.m. in St. George Greek Orthodox Cathedral. Burial will follow in Pine Grove Cemetery. In lieu of flowers, donations may be made to the St. George Endowment Fund, 650 Hanover St., Manchester, NH 03104. To view Dr. Skaperdas’ online Tribute, send condolences to the family, or for more information, visitwww.phaneuf.net.