MANCHESTER, NH – Diane Antoscia, 58, of Bedford, NH, passed away on August 5, 2018, at Community Hospice House, Merrimack, from injuries sustained in a bicycling accident near her home.

Born in Providence, RI, on May 17, 1960, she was the daughter of Frank and Grace (Iannelli) Antoscia. 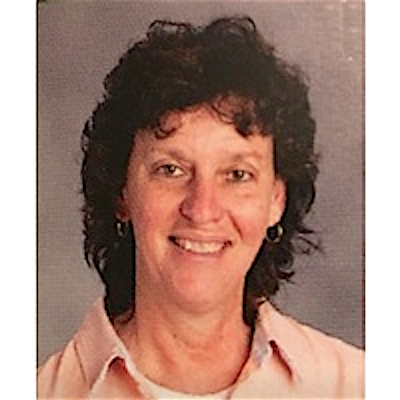 She graduated from Cranston East High School, Cranston, RI, where she was a leader on the girls basketball team. Diane earned a bachelor’s degree from Providence College and master’s degree from Rhode Island College.

Diane was employed as a student assistance professional at Manchester Central High School for 19 years. This gave her the opportunity to guide high school students in the challenges they faced as they transitioned to young adults. Diane was one of the fortunate people in life who truly loved their work. She believed in and followed her calling to serve students to live their lives peacefully and with courage. She was a beloved faculty member and extended herself to all. She volunteered in many capacities. Diane’s legacy was to start and lead the Life of an Athlete Club, which soon became one of the leading groups on campus. “Coach A” also served as a girls basketball coach at several Manchester elementary and middle schools. Most recently, “Ms. A” led a project to modernize all of the many sports banners Central won over its history.

Her gift of relating to adolescents with warmth and acceptance while guiding them with a strong set of values and moral standards will be greatly missed. Her Central Pride will continue in the form of a fund set up in her name to benefit Central students.

Diane loved dogs, especially her pugs. She was an avid New England Patriots fan. She loved cycling, basketball, and watching Hallmark movies with her wife, Susan, every Saturday night. She also enjoyed bad sitcoms that made her laugh. Diane became an avid reader after joining the Central Book Club many years ago. She was a leader in the Bike Manchester organization, where she was a strong advocate for cycling lanes in Manchester as well as being instrumental in bringing the new bike sharing system to the city.

Diane enjoyed being an attentive and caring parent and deeply loving partner. She was an extraordinary one-of-a-kind friend. She had such charisma and a capacity for inspiring joy that those who knew her could not help but love her.

Diane was predeceased by her parents; and a sister, Flora Krueger.

Family members include her wife and soulmate of 21 years, Susan Cambria, and their sons, Michael Cambria and Matthew Cambria. She was very proud of Mike and Matt, and had just returned from visiting them in Wisconsin where they enjoyed a f45-mile bike trip together. Diane and Susan went on Diane’s dream trip of a lifetime to Italy this past April, where they visited the birthplace of her grandparents in Agnone, Italy. She also leaves a sister, Sandra Stamper; a brother-in-law, Art Krueger; many nieces; and great-nephews. She will be deeply missed by all her knew her

Services: A celebration of life will be held Thursday Aug. 9 at 10 a.m., at the Bedford Village Inn, 2 Olde Bedford Way, Bedford, with the Rev. Barbara Musick Liscord, officiating.

Susan, Mike, and Matt wish to express their gratitude and appreciation to the physicians and medical staff, nurses, and staff of the ICU and the palliative nurse practitioners at the Elliot Hospital and the nurses and staff at Community Hospice House, who not only gave her wonderful care, but also showed great affection for her and our family. The family also extends a great appreciation to our friends and extended family who supported us during Diane’s journey. Namaste.

The Connor-Healy Funeral Home and Cremation Center, 537 Union Street, Manchester, NH, is in charge of the arrangements.