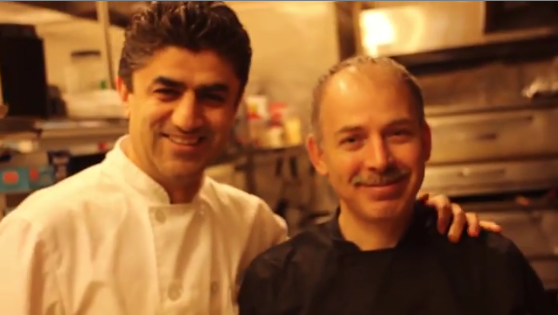 Below is a story that originally ran February 8, 2017, just a few months after Matbah Mediterranean Cuisine opened their doors. Tonight the owners, Cigdem and Omer, posted the following message to customers on their Facebook page: 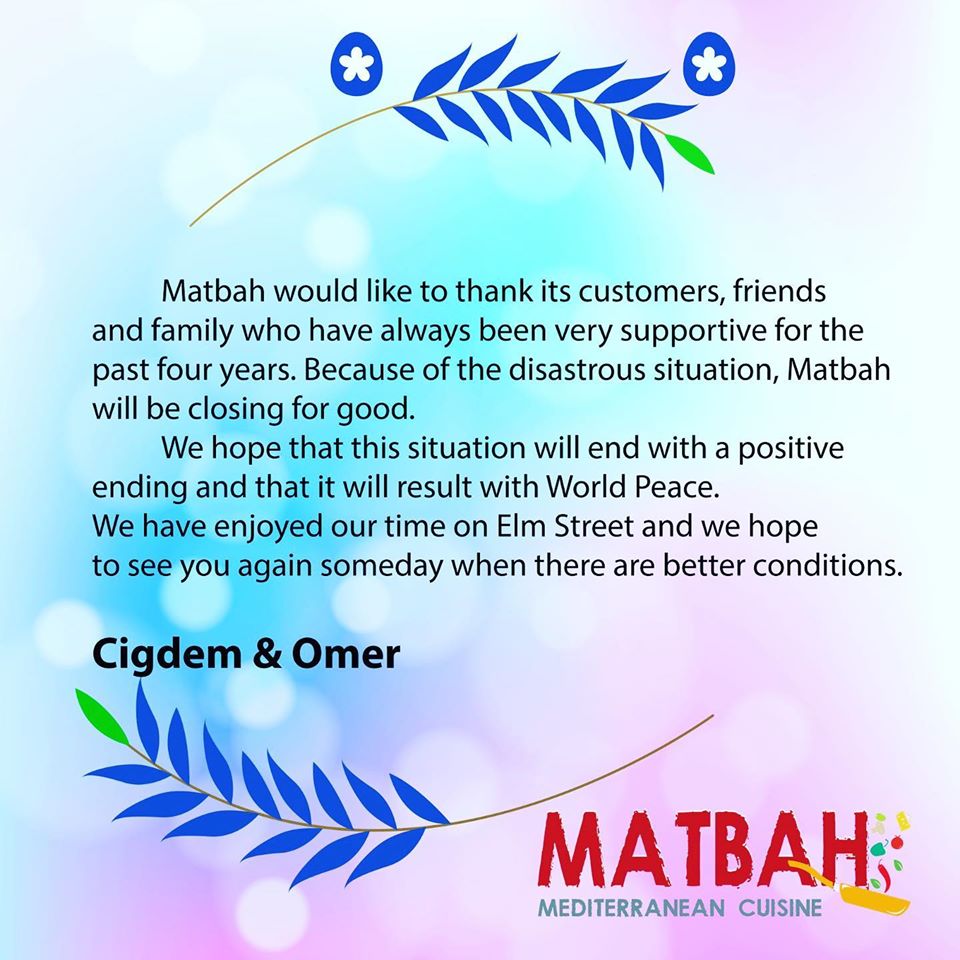 We at the Inklink would like to express our sincere sorrow at this loss to our downtown. We wish you all the best.

MANCHESTER, NH – Matbah Mediterranean Cuisine, located at 866 Elm St., opened its doors to the public for the first time on November 23, 2016.

Owner Omer Yasin had officially settled in the United States just four months before, in early August. Today, it is one of the most talked about new businesses in downtown Manchester.

Yasin has worked in kitchens since he was a small boy, working in his family’s restaurant in Turkey, which was owned by his parents and his grandparents before them. It is his hope, he says, to someday have his two children, when they are old enough, help him around the kitchen. The family resides in Bedford.

Matbah specializes in Ottoman-Turkish cuisine but, as its head chef Zeki Polatkesen boasts, Matbah is only 65 percent Turkish. Other influences come from French, Italian, and Arab cuisines, to name a few.

Zeki Polatkesen has cooked around the world: Europe, New York, the Middle East and the Republic of Maldives in the Indian Ocean. When asked how he met up with Omer, Yasin and came together to form Matbah, he answers, “Destiny.”

So far, reviews of the restaurant have been generally positive. It averages a four-star rating on Yelp, with most reviewers commenting on how the quality of the food resembles a five-star restaurant, while the prices are a bit more modest.

Both Yasin and Polatkesen cite their families as reasons for immigrating to the United States. “For me, I could stay in my country for my whole life. I don’t need to be anywhere else,” says Polatkesen, “but for my daughter, she needs a future.”

Yasin, now in his seventh month as an American citizen, is very happy to be a resident of New Hampshire. “Before I visited 52 countries,” he said, “I like this U.S. state the best. The nature, trees, rivers, It’s very green … reminds me of home.”

We’re glad you chose us too, Omer.


Check out the video above. Been to the restaurant? Share your thoughts on Matbah Mediterranean Cuisine below.

Multimedia content provider Eli Maroney produces, films and edits video content for news and entertainment outlets in the Granite State. He graduated from UNH with a BA in Journalism and has worked as a producer for New Hampshire PBS . A Manchester native and Central High School graduate, he now wanders the streets of his hometown with a DSLR, looking for compelling stories while trying not to become “nightcrawler.” eliasmaroney1@gmail.com