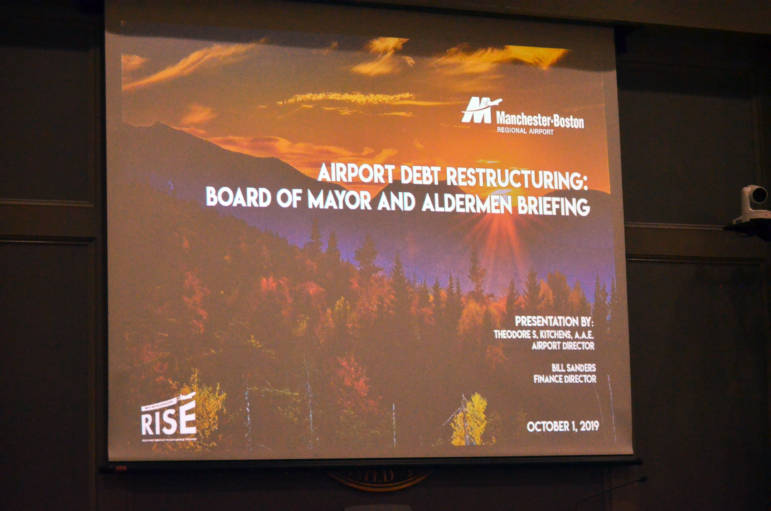 The Manchester Board of Aldermen Committee on Finance unanimously recommended a measure that would allow the airport to restructure three bond obligations. This refinancing initiative would help avoid potential cost increases in Fiscal Year ’21 and ’22, largely through increasing growth obtained by reducing the assorted fees paid by airlines known as “cost per enplanement,” or CPE.

The restructuring would also help make MHT’s landing fees more in line with its main competitors: Logan International Airport in Boston, T.F. Green Airport in Providence, R.I. and Portland International Jetport in Portland, Maine. Those fees could potentially get even lower with additional non-flight-related revenues in the future.

Right now, Kitchens says that MHT’s CPE is $14.35. With the debt restructuring, that figure could go under $11 within the next five years.

Although that amount would still be higher than many comparably-sized airports, the fact that the CPE could go lower is good news for current carriers at the airport and make MHT a possible destination for low-cost carriers like Jet Blue, Spirit and Frontier.

According to Kitchens, with so many other options, those low-cost carriers would immediately stop talking to him once they heard the CPE costs in the past.

“To say our airline partners have taken this positively would be a massive understatement,” said Kitchens.

The proposal would also almost double MHT’s debt service coverage, a ratio used by investors to gauge the airport’s ability to pay off its debts that could result in improved bond ratings in the future.

Ward 12 Alderman Keith Hirschmann and Ward 8 Alderman John Cataldo praised Kitchens for the proposal, with Hirschmann adding that the “fresh set of eyes” Kitchens brought to Manchester for proposals such as this one made him feel that his support of Kitchen’s hiring was justified.

Every member of the board supported the idea, although Alderman at-Large Joseph Kelly Levasseur issued concern over the fact that city auditors did not spot this potential debt restructuring sooner.

The board unanimously voted to enroll and layover the motion, which now leaves the Finance Committee and will face a vote on a future agenda.