COVID-19 indicators for New Hampshire have risen sharply in the last week, hitting all-time highs in terms of the number of new reported cases and hospitalizations.

According to data from the state’s official COVID response dashboard, New Hampshire averaged 2,610 new cases per day for the week ending Tuesday, up 37 percent from a week earlier. The seven-day average for the share of antigen and PCR tests coming back positive was 21.4 percent, up slightly from 20.6 a week ago. A total of 554 people were hospitalized for the disease as of Wednesday, including 432 people with active infections and 122 who are no longer infectious but still need critical care. (This last type is referred to in state data reports as "COVID-recovering.") The number of total hospitalizations is up from 503 a week ago.

"In recent weeks, the number of new cases and hospitalizations has surged across our state and we continue to operate at or near capacity as a result," says Dr. Tom Wold, Chief Medical Officer at Portsmouth Regional Hospital.

The surge is hurting hospitals at two levels, doctors say, both increasing the burdens on their staff and reducing the number of staff available to meet the community's needs.

"We are experiencing a 'twin-demic' of increased cases of COVID-19 in the community and frontline healthcare workers being placed out of work because of COVID-19," says Dr. Jose Mercado, Dartmouth-Hitchcock Medical Center's COVID Response Leader.

As of Wednesday, there were 8,106 healthcare workers with active infections, including 103 requiring hospitalization.

"The entire system is stretched thin," says Dr. Tim Scherer, Chief Medical Officer for Southern NH Medical Center. "We are strained in all aspects of how we provide care to the community and can use help ranging from doctors and nurses to door screeners and folks to answer phones."

Dr. Martha Wassell, Director of Infection Prevention at Dover's Wentworth-Douglass Hospital, says that even though some of her colleagues now act as pinch hitters, filling staffing gaps wherever safe and appropriate, the burdens are still too great.

"Despite this special labor pool," she says, "some departments have been forced to reduce or modify hours of service."

The surge in cases is largely driven by the lightning-fast spread of Omicron, which in just a week has risen to become the state's dominant strain.

In just a week, Scherer says, the share of Omicron cases has risen from 10 to 80 percent.

"This is significant as some of our treatments for COVID-19 are not as effective for the Omicron variant," he said. "We are adjusting our clinical approaches based on this new incidence."

The new dominance of Omicron has also thrown a wrench in the state's plans to use FEMA monoclonal antibody teams to fight the winter surge.

"Unfortunately, Omicron is the dominant strain here," said Governor Chris Sununu on Wednesday, and "Omicron is resistant to the vast majority of the monoclonal antibodies that we've traditionally been using."

This means that the state is now looking for new ways to use the FEMA teams that arrived in the state earlier this month.

"We're not just going to send the teams back, because we need an all hands on deck effort," Sununu said. "We are going to ask our federal partners to allow us to reutilize these individuals at vaccine sites and other means within the healthcare system, so that we don't lose the ability to fight the COVID pandemic."

The latest surge has pushed daily case numbers to all-time highs, including 3,344 new confirmed cases reported on January 8. This is nearly triple the high from the peak of the first wave. The seven-day moving average for new daily cases in NH had fallen in the first half of 2020, bottoming out at just 16 at the end of June, but has quickly risen since then. After dropping slightly in mid-December, the state is now averaging roughly 1,800 more cases per day than it was at the height of the first wave in December 2020.

New Hampshire's per capita case count of 224 per 100,000 has doubled since last week, but surges around the country mean that NH's numbers are still below the national average, which is 235. The states with the highest numbers are still Rhode Island and New York at 505 and 363, respectively.

The overall burden on hospitals has also increased in the last week, though the number of ICU beds has increased slightly as well. There are now 18 staffed adult ICU beds available in the state, up from 14 last week, out of a total of 235. The total number of hospitalizations for active COVID cases is roughly 50 percent higher than it was at the peak of the first wave. Ventilators remain plentiful, however. Slightly less than a quarter of the state's inventory is currently in use.

An average of between 9-10 Granite Staters were dying from COVID each day as of Wednesday. This is still less than the peak of 11.7 deaths per day during the first wave.

As of Wednesday, there were 20,458 active COVID cases diagnosed in NH. There have been 229,373 confirmed cases and 2,032 OVID-related deaths in the state since the pandemic began.

Vaccination rates continue to rise, though state and federal vaccination data for New Hampshire remain out of sync. Data from DHHS shows that 63 percent of Granite Staters have received at least one dose, while the number from the Centers for Disease Control and Prevention is much higher, at 95 percent. Similarly, DHHS reports that 56 percent of Granite Staters are fully vaccinated, while the CDC’s number is eleven points higher, at 68 percent. The difference between DHHS and the CDC in terms of total doses administered is roughly 721,000.

The CDC continues to recommend that anyone over 5 years old get vaccinated. For adults, they recommend getting one of the mRNA vaccines (Pfizer and Moderna), rather than Johnson & Johnson, but the CDC emphasizes that any vaccine is better than being unvaccinated. For children between the ages of 5 and 17, the CDC recommends getting the Pfizer-BioNTech pediatric vaccine.

Last week, the CDC shortened the waiting period before a booster for everyone who received the Pfizer-BioNTech COVID-19 Vaccine, which means that people can now receive an mRNA booster shot 5 months after completing their Pfizer-BioNTech primary series.  The booster interval recommendation for people who received the Johnson & Johnson vaccine (2 months) or the Moderna vaccine (6 months), has not changed.

People can register for a vaccine or for a booster by visiting vaccines.nh.gov or calling 211. 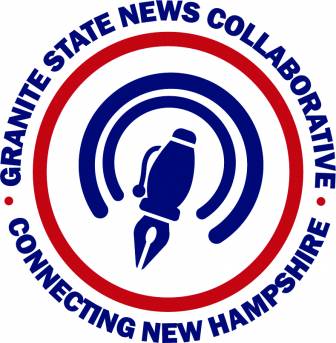