Every day an estimated 11,500 people — people vulnerable with respiratory illnesses and preexisting conditions — die from outdoor air pollution. Yet, life continues to go on while carbon emissions continue to be pumped into our atmosphere every single day, killing tens of thousands of people across the world.

On January 23 COVID-19 forced 760 million people into quarantine in China, reducing air pollution by 36 percent, saving the lives of an estimated 77,000 people to date. Today, March 20, COVID-19 forced the 40 million residents of California into lockdown. According to the American Lung Association, California has the worst air pollution of all the U.S. states, killing more than 1,300 people a year in Los Angeles alone. 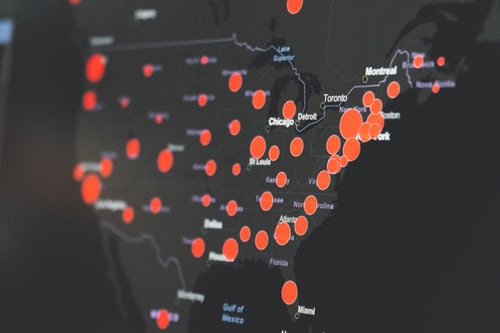 The World Bank says that air pollution costs the global economy more than $5 trillion annually. Besides the loss of life, air pollution takes its toll on the economy in other ways: it reduces people’s ability to work, affects food products, damages cultural and historical monuments, costs money in remediation and restoration, and prevents the healthy functioning of ecosystems. The size of the global economy is measured by the combined gross domestic product (GDP) of all countries, representing the total dollar value of all goods and services. GDP is the most common indicator used to measure the health of a nation’s economy. There is no mention of the health of a nation’s citizens or ecosystems. Why is that?

Isn’t it ironic that a pandemic that has brought the global economy to its knees has saved more lives than it has taken? How do we measure the value of the 11,500 people lost every single day to air pollution caused by our relentless production and consumption? We’ll have a lot of time to consider these questions over the coming months, as well as what it is that we truly value and what health means to us individually. Washington is poised to bail out our economy to the tune of $1 trillion or more, the same amount lost by the U.S. economy to air pollution each year. We should ask ourselves what we want our economy to look like when this crisis is over. Insanity would be allowing it to go back to the way it was.