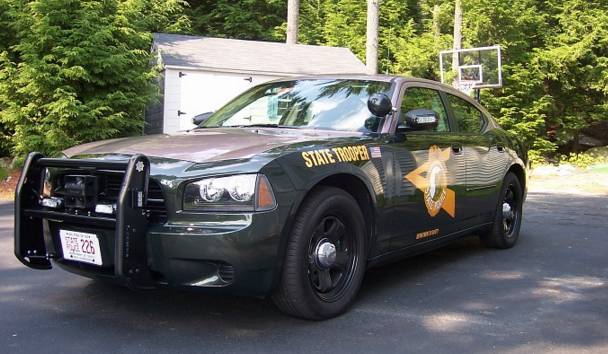 CONCORD, NH – Two people are in custody and facing multiple criminal charges following a motor vehicle crash in Bow during an attempt to elude New Hampshire Troopers on July 11.

The incident began at about 6:15 p.m. when Troopers, engaged in traffic enforcement on foot in the northbound lanes of toll plaza in Hooksett, observed a red 2001 Toyota Corolla pass through with an invalid inspection sticker. Although Troopers attempted to hand-signal the Corolla over at the toll, it failed to stop and sped off, passing other cars in the breakdown lane as it proceeded northbound.

The car eventually crashed into bushes near the on-ramp to I-89 in Bow before Troopers could catch up to it to attempt a traffic stop, and two occupants fled the scene.

Timiah Wilkins, 20, of Concord, was arrested after she was found hiding in the woods near the scene of the crash during a track by a state police K-9 team.

The investigation revealed that Wilkins and Fish were restricted by a criminal bail order from having contact with one another.

Wilkins was also found to have a suspended license and was wanted for possession of drugs.

Both Fish and Wilkins refused bail and were held at Merrimack Country Correctional Facility. They face multiple charges, to include resisting arrest. They will be arraigned in Concord Circuit Court-District Division, on July 12.