MANCHESTER, NH — How does a pandemic affect the struggle between an owner of a building seeking demolition and a group of historic-preservation minded citizens who have fought for five years to save that building and change stewardship if not ownership?

Communicast has been exploring the new rules and responses possible as some of the old gatekeepers to access and information have fallen. John Clayton, Executive Director of the Manchester Historic Association, and I discuss the work of Internet and social media savvy new leadership that have emerged and raised the visibility and stakes at this late hour in the process.

For five years, some 250 people were signed up on the Save the Chandler House Facebook page. In these past few days that number has grown by more than 50 percent to some 385 followers.  More significantly, a Change.org petition was created on June 22 and now, just one week later, there are nearly 3,500 signatures of support for the petition to the Diocese of Manchester, New Hampshire, to save this historically and architecturally significant building.

What’s different now, says John Clayton, Executive Director of the Manchester Historical Association, is the younger internet savvy people who have stepped up to help preserve this piece of Manchester’s heritage. Technology allows the group to gather email addresses and signatures on a petition. But the real power is in the watchful oversight of an activated citizenry that can show up while respecting the social distancing rules in effect.

Over the two hour vigil, some 100 people rotated through, signing petitions and holding signs on both sides of Beech Street in the block that contains both the Currier Museum and the Chandler House, which served the Diocese since it was gifted to them in 1905. The building has been vacant for five years and fallen into disrepair.

John was direct with me when we spoke via #communicast. The Currier Museum has offered $2 million dollars for the purchase of the property. They see it as part of a contiguous campus suitable for gatherings, exhibitions, meetings and display of more of the permanent collection.  People who want to see the building saved should reach out and write directly to Bishop Libasci now as the final decision appears to be in his hands and demolition is imminent.

Social media tools allow a fast track to reviewing positions. The reader as well as the bishop and his staff can go online and see the comments on the petition and well they all should. It’s not just the irreplaceable items of antiquity but also comments questioning the stewardship and tax-free status that should raise an alarm. This is not a generation that will be patient and accept things as they always have been done.

The message to Bishop Libasci, says Clayton, “is not to repeat the mistakes of the past but rather support adaptive re-use to save an irreplaceable piece of local history.”

Sunday’s crowd had a long collective memory of other antiquities lost in the city where only pavement and parking lots now remain.  Why not reframe the problem on the table while options for alternate solutions still exist? Social media activation is a trademark of this rising generation for whom these buildings would be preserved. There are many far more consequential battles raging across the globe right now. Why not engage in a more meaningful dialogue rather than become stuck behind a decision that cannot be reversed once the wrecking ball strikes? You’ll win more future support with discussion rather than intransigence. Clayton quotes Alan Chong, Executive Director and CEO of the Currier Museum, of having said conversations held directly with the bishop had always been cordial and positive but he’s convinced that “underlings” of the bishop are undermining any progress that was made toward preserving the building. 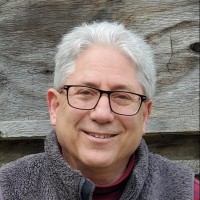