MANCHESTER, NH  – After nearly a decade of laughs, Comedy Night at the Shaskeen lives on as the rebranded Ruby Room Comedy, with a full lineup planned into Fall 2021.

Since 2013, Dave Carter and Nick Lavallee provided a platform for local artists and comedy legends alike to share the stage, making Wednesday night comedy a tradition for downtown Manchester’s bar-going crowd. On August 27, The Facebook page for “Comedy Night at the Shaskeen Pub” announced that September 1 would be the duo’s last show as producers and hosts, marking an eight-year run for their take on comedy night. In its place, Ruby Room Comedy, hosted by Geneva Beaudoin, launched on September 8 with a lineup that featured Andy Haynes, Jaylene Tran, and Sam Pelletier. Haynes, a seasoned comedian, has been featured on Comedy Central, Conan, and Late Night with Jimmy Fallon.

For Beaudoin, a love for comedy and seven years of Wednesday nights at the Shaskeen provided her the opportunity to pick up the torch from Carter and Lavallee. After traveling to New York City to follow many of the comedians she discovered at the Shaskeen, Beaudoin went under Carter and Lavallee’s mentorship, learning everything from booking contracts with agents to sound, stage, and all the details behind creating a successful comedy club.

In an effort to retain the quality of Comedy Night at the Shaskeen, Beaudoin is aiming to bring the same level of talent to the stage while also cultivating a local talent pool. She hopes to give smaller, emerging acts a chance to perform alongside bigger names like Ben Roy and Eddie Pepitone who are set to take the stage later this month.

“Diversity is really important to me. As a Hispanic female, I’m a very small minority in this predominantly white male industry. One of my goals is to continue bringing people from all backgrounds, from all over the country, with different experiences to our city,” said Beaudoin.

Initial planning for Beaudoin’s first show on September 8 was a month-long process, involving the creation of an LLC for Ruby Room Comedy, branding, booking, marketing, and promotion. With fluctuating cases of COVID-19, The Ruby Room provides mic covers for comedians and continues to follow state guidelines and the wishes of the Shaskeen Pub for health safety. In the coming weeks, the Ruby Room will host Ben Roy (9/22), Jon Tillson (9/29), Eddie Pepitone (10/6), and Daniel Simonsen (10/13). Many of which have credits from Comedy Central, HBO, and debut appearances on late-night television.

“I am very passionate about keeping this downtown tradition alive. It couldn’t be done without the huge amount of support I’ve received from so many. Dave and Nick have mentored and trained me in this role. The staff and owners of the Shaskeen that let me use their space, help me set up and provide excellent service to our patrons. My comedian community — so many of which have reached out to offer insight and encouragement. Friends like Hannah Byrne and Randy Williams who volunteer their time to promote and make every show run successfully. The incredible audiences we’ve had are made up of locals, friends, and newbies. Finally, the talent that we’ve been booking comes and gives us outstanding performances every Wednesday,” said Beaudoin.

For booking inquiries, comedians and agents can reach out to booking@rubyroomcomedy.com.

Members of the general public can reach out to info@rubyroom.com with questions. 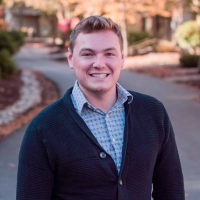