A quick chat with the man himself, Dusty Gray from Concord – country singer, midnight brooder, former radio host, one-time Nashville cat, a man sown up with so much talent, so entwined in the community, a blood hungry knockout artist with the knack for writing great songs – a guy that, well, sometimes you just want to see him rock and roll.

So, that’s what you do when you’re saying to yourself: “I’ve got to crank things up a bit this weekend. I’m bored!” Maybe you get out of town, venture to Concord and take in the stylings of the Dusty Gray Band at the Red Blazer this Saturday night. Shake off the chill. Get your best boots and jeans out of the closet. Now, rip!

Rain, cold, snow, it won’t matter. The Blazer will be engulfed in the music of this legendary country rock band, utterly off the charts, a swampy hot mess of countrified energy. I promise. I’ve seen it done. It’ll happen again.

Granite State of Mind decided to touch base with Dusty, and out of boredom, I decided to have a little fun with the country troubadours responses by filling in the edges. 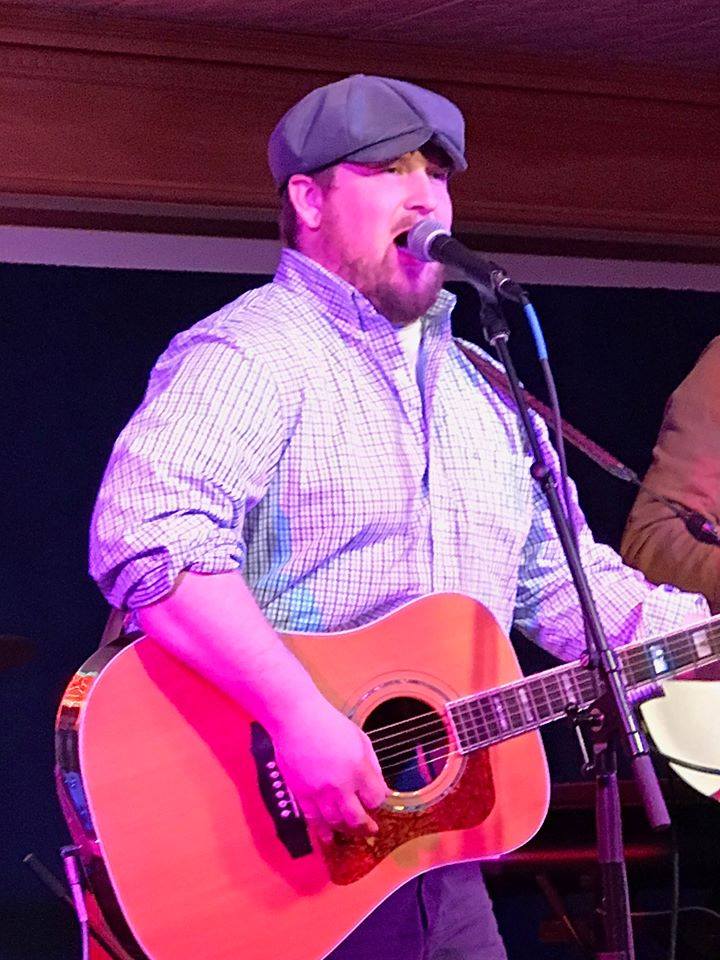 GSM: How has the energy within the Dusty Gray Band changed among musicians since the last time you guys were playing regularly together?

Gray: I think the only change that has happened is life, between marriages, kids, houses and work, it becomes necessary. About six months ago we played a gig and it was amazing. The sound we created gave me chills. I can’t wait to be on stage with the fellas.

GSM: Sounds to me like Dusty has a hankering to take things up a notch, burn off some of that winter beef by jamming with his best musical mates, and tearing the roof off the joint in front of his hometown crowd. As Springsteen sings on Badlands, “I wanna find out what I got!”

GSM: Is the band currently recording a new record?

Gray: The short answer is no, but that doesn’t mean we won’t in the future. I have a handful of songs that haven’t been recorded and if we feel it’s the right time to release one, we will. I know our fans really want some new music though.

GSM: Dusty is right. I’m a fan. I’m ready to hear anything new from Dusty, solo or with the band. I would take some demo cuts, an EP of covers by Waylon Jennings, a recording of a late-night jam at Wrongtown with Joey Tick-Tack dressed as Winnie The Poo.

GSM: Are you in a good place, songwriting wise?

Gray: Songwriting is a funny thing. There are weeks when it comes easy and there are weeks that are tough. You constantly have to be tuning your craft and working at it. I try to write a few times a week and keep sharp.

GSM: It’s a grind – writing, creating, asking the gods for more inspiration, more energy, more new patterns of telling a story. Then there’s life, and life, and more life. And then, bang! A new song appears, dressed in white, ready to be lashed across the dance floor for the eager fans to pounce upon.

GSM: Since you came back from Nashville, you have been hosting your own radio show called “Strictly Local.” You were terrific, no matter how things turned out. What did you learn about radio, compared to music, that you didn’t know going into it? And, will you give it another shot?

Gray: Having my own radio show was a pretty cool experience. The preparation and time it takes to put on a great show is very similar to music. Hoping to continue the show in the future.

GSM: I shared a microphone with Dusty when he was at WKXL doing his show “Strictly Local.” This guy worked equally hard prepping for a radio show as he does gigging with the ski bums that are drunk off their own body sweat during the winter around the state. He’s a pro. He deserves a spot on the dial.

GSM: When the DGB plays the Red Blazer, the place, more than any other place, seems to rise to a whole new level of fantastic. What is it about playing the Blazer that does this?

Gray: You know the Red Blazer is just such an excellent place. They strive to give their guests the best experience possible and the same goes for us when we play. We want the fans to come out and enjoy, and at the Red Blazer, they do. Can’t forget, it doesn’t hurt to have a great hometown crowd either.

GSM: Take note: The Blazer will be blazing.

GSM: Lastly, I have always wanted to hear you do a duet with a female singer from the Granite State. What female musicians would you like to record a song with?

Gray: You know, that is a good question. I am not sure, I have never really thought about it. There are so many great female artists in this state, if anyone had a good song and a female artist in mind I’d certainly take a listen.

Catch all the fun live at the Red Blazer, 72 Manchester St., Concord, this Saturday at 8 p.m. following the “Tribute to Creedence Clearwater Revival” at New England College at 5:30 p.m.