CONCORD, NH – Tooth cleanings. X-rays. Cavity fillings. For years, these basic dental services have been out of reach to many New Hampshire adults on Medicaid.

That’s about to change.

On Friday, Gov. Chris Sununu signed a bipartisan law that will dramatically expand Medicaid dental coverage for adults over age 21 starting in April of 2023. Most Medicaid only covers dental emergencies, like getting an infected tooth pulled. It does not currently cover preventative and restorative care.

Sununu signed the measure surrounded by dentists, advocates and lawmakers including Democratic Sen. Cindy Rosenwald and Republican Sen. Jeb Bradley, who were prime sponsors of the legislation.

In recent years, similar legislation has failed just ahead of the finish line. Sununu vetoed another proposal to expand Medicaid dental benefits in 2020, saying he supported the idea but had concerns about implementing it amid “historic revenue shortfalls.” And in 2021, another bill died in the last days of the legislative session.

The program is expected to cost around $30 million in its first full fiscal year, 2024. Over two-thirds of that will be paid for by the federal government. Ultimately, supporters of this program say it will save the state money by helping prevent the more costly dental emergencies that land people in the ER.

In the meantime, there’s a lot of work to be done to launch the program.

The New Hampshire Department of Health and Human Services has to contract with a company to administer the coverage and needs to identify more dentists who will accept patients on Medicaid.

New Hampshire Dental Society President Dr. Brenda Berkal, who runs a practice in Derry, said she does not currently accept Medicaid patients but is planning to sign up now.

“I do very few extractions and that’s all that was covered, basically,” she said, explaining why she hasn’t worked with Medicaid clients in the past. “So, I would not have been able to help the people.”

But now, she said, “I will be able to provide that care.” 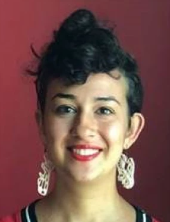 Alli Fam reports on Health and Equity for NHPR.