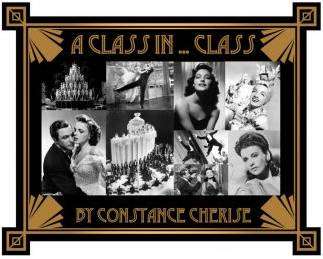 Each month a classic film is chosen to review here. Initially, I was unsure of which movie to select for this month of April. There was no doubt, I intended the next star to be the ultimate triple threat, Judy Garland, however, her body of work is undeniably overwhelming with endless choices.

Recalling that Easter falls on April 1 of this year, there was only one conclusion. MGM’s Easter Parade, starring Judy Garland, Fred Astaire, and Ann Miller.

Set during the turn of the century, this 1948 Oscar-winning musical smash hit backed by an Irving Berlin score, grossed six million dollars. Although, six million seems petty by today’s standards, consider in 1948 the average movie ticket was 37 cents.

Don Hewes (Fred Astaire) is a rejected love interest and dance partner of Nadine Hale (Ann Miller) who has been offered a stand-alone contract, of which she plans taking full advantage. Convinced he is her Svengali, and in an effort to make his former partner jealous, Don chooses a young naive chorus girl, Hannah Brown (Judy Garland)  as his protege, in an attempt to recreate his previous partner. Originally klutzy and cumbersome, once Hannah’s authenticity is finally allowed to shine through, they become a successful pairing and subsequently, they fall in love. 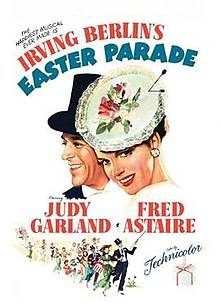 Fred: Can you drown a brunette in this?
Bartender: How tall is she?
Fred: Five foot six
Bartender: (topping off the glass) Try this.

The dialogue is witty and surprisingly believable, a bit of a departure for most musical films of the day. Each character is convincing in their role. However, Judy, per usual, stands out for her trademark performances of impeccable comedic timing, flawless choreography, and of course … that voice. Aside from brilliant musical and dance routines, perhaps Judy’s best performance is one where she convinces the audience she is a bit of a clod. Due to the censors’ scrutiny, this film cut Judy’s trademark black Fedora hat, black tuxedo jacket, black stockings, and black heels-number, Mr. Monotony, appropriately resurrected as “C’mon  Get Happy” in Summer Stock, 1950, her last MGM film.

Fred Astaire once stated, “Judy Garland was the greatest entertainer that ever lived.” If you are familiar with Fred Astaire’s body of work, you will understand the gravity of that compliment.

Ironically, it was a twist of fate that led to Fred’s participation in this film. Gene Kelly was slated to play the male lead. Breaking his ankle during a game of football, he suggested Fred Astaire for the role, who, at the time, was retired. An iconic moment for classic musical movie lovers, Fred shows off his technical skill in the groundbreaking performance of Stepping Out With My Baby. His choreography is filmed in slow motion making one appreciate the unbelievable genius and precision, that is Fred Astaire, while the background performers remain in real time. This filming style has been mimicked by other artists, including Michael Jackson, a self-professed Fred Astaire fanatic.

Note the ostrich feathers flying during Fred and Judy’s first public, yet awkward, performance. This is actually a comedic jab at a real-life scenario that took place between Fred Astaire and Ginger Rogers in the Cheek to Cheek number from the RKO movie Top Hat, 1935. Ginger recalls Fred becoming quite upset as feathers flew off of her costume, during the filming of the famously elegant dance sequence, referenced throughout popular culture, most memorable for this writer, seen on Sesame Street.

Ann Miller delivers a superb yet painful tap dancing performance with her usual flair while suffering pinched nerves in her back.  Ann’s performance shows absolutely no evidence of discomfort. The Shaking The Blues Away number is flocked in airy black curtains, romantically draped, framing the stage. The complementing yellow of Ann’s costume is the perfect accent to the scene, and why wouldn’t it be … it’s MGM, and Easter Parade is yet another film to show off their artistic technicolor mastery, iconic stable of stars and filmmaking prowess.

Judy Garland’s performance remains unmatched, Fred Astaire never disappoints, and Ann Miller simply supersedes. A great movie for the family, and in the spirit of most musicals, Easter Parade follows the basic formula of the sunny feel-good frolic that has you humming its bright catchy tunes long after the film is over.