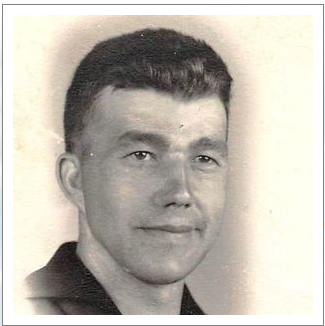 Born in Manchester on May 7, 1918, he was the son of Edgar and Ida (Manseau) Blais. He received his early education in the local school system and had been a longtime communicant of St. Raphael Parish.

During WWII, Timer had served in the US Navy aboard the USS Cates, a destroyer escort ship that saw action in both the European-African Theatre as well as the Pacific Theatre. He was extremely proud to have been one of five Blais brothers to serve his country during the War.

After his honorable discharge at the end of the War, he served on the Manchester Fire Department until his retirement in 1973. He had recently been honored to be recognized as the Department’s oldest living member.

Calling hours at Lambert Funeral Home & Crematory, 1799 Elm St, corner of North St, will be Friday, September 15 from 4 to 7 p.m. A Mass of Christian burial will be celebrated in St. Anthony of Padua Church, Belmont St, on Saturday at 10 a.m. Committal prayers will follow in St. Joseph Cemetery, Bedford.

In lieu of flowers, donations may be made in his memory to the Manchester Fire Department’s Relief Fund, 100 Merrimack St, Manchester, NH 03101.

To send an online message of condolence, please go to www.lambertfuneralhome.com.