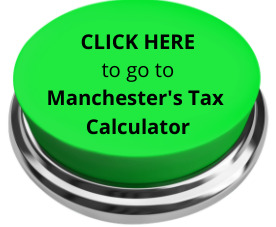 MANCHESTER, NH – In an effort to help property owners estimate what the recent revaluations will mean to them in dollars and cents, the city Assessor’s office has created a Tax Change Calculator, now available on their website.

Chairman of the Assessors office Robert Gagne, said the calculation will estimate the potential change in an owner’s property taxes due solely to the new revaluation numbers.

“The goal is to help people estimate what change is due solely to revaluation. The best way to picture it is if we’d had your new number last December what would your bill have looked like. So we’re isolating all the other revenues and expenditures and providing a way for property owners to know ‘at the end of this revaluation, am I the same, higher or lower.’ This calculator will tell you roughly the amount of the change,” Gagne said.

Actual tax bills will not be delivered until early to mid-November. Gagne expects the city’s tax rate to be $17.60 per thousand dollars of assessed valuation. By comparison, the 2020 tax rate was $24.66, with the 2021 drop coming from the millions of dollars of growth added to the city’s overall tax base.

“It’s just a result of what the market is doing, and this is something that’s been going on for five or six decades,” Gagne said. He explained that the value of a residential property is what someone is willing to pay you for your house at the current market rates, and right now, it’s a hot market.

“Commercial properties are normally under 5-10 year leases with renewals, so retail properties like at the mall, once they’re on the hook for a 10-year lease your value is based on what you can earn for income, and if that’s locked up for multiple years so your value won’t change as much as something that’s free to change today with no strings attached,” Gagne said.

He also pointed to the decreased demand for certain commercial properties.

“It’s just not near what they were 10-20 years ago, so retail is changing. A lot of people are shopping online, so retail space is less valuable. There’s less activity, and it’s not increasing, so there’s no pressure for retail properties to increase in value,” Gagne said.

He pointed to what has been happening with the upper floors of commercial properties, like the old Amoskeag bank building on Elm Street in Manchester, where demand was so scarce for office space that it was converted into apartments.

“All that supports the notion that because of higher demand for residential properties, those values have been increasing faster,” Gagne said.

Another factor is the tax base growth, meaning new properties added to the tax rolls in recent years have been more residential than commercial/industrial.

“We’ve had a lot of new constructions of single-family homes and condos, and 10-20 years ago we started seeing condo conversions, so what once was commercial has become residential,” Gagne said.

The city assessors are obliged by state assessing standards which are based on the Uniform Standards of Professional Appraisal Practice (USPAP) which involves consideration of all of the influences on market value, Gagne said.

“The best way to put it is we want to take the approach to value the market participants use when buying or selling. People don’t look at a single-family home and say ‘I can get $1,500 rent for this. They just say ‘a Cape for sale on Seames Drive is available and they’ve been selling in that area for $295,000 and that’s what I should expect to pay.’ So we use the sales approach for single-family home and condo assessments,” Gagne said.

Property owners have until Sept. 16 to request a hearing through Vision Appraisals by going to their website and entering information about the type of hearing you’re requesting, residential or commercial, and phone or in person. There are still windows of opportunity this week and next on the calendar. Gagne estimates they’ve gotten 20-22 requests daily since notices went out.

“I would note that their online system has been down for about the same time since the mailings went out. We’re helping them out by printing the property cards so they can have those in hand when speaking with a property owner,” Gagne said, but that will not affect scheduling an appointment.

In-person hearings will be scheduled only if a taxpayer is not satisfied with a phone hearing. However, Gagne said Vision started doing phone hearings during the pandemic and decided it was efficient enough to make it a primary tool, even once the pandemic restrictions end.

⇒ Here is a link to the revaluation results by property type.

The tax calculator will provide only an estimate of the change. Other factors that will have a bearing on the actual/final 2021 property tax bill include: