And as a result, the dream of a second straight Division I Nashua North vs. South boys soccer semifinal disappeared, as the Little Green of Manchester Central upended North, 1-0 in the quarters on sun-splashed Motta Field.

It was a day of frustration for No. 3, 13-5 Titans, who were aching to get back to the semis after losing to South a year ago. Ironically, they had a better team this season, but weren’t able to get there.

“From the beginning we were the team everybody wanted to knock off,” North coach Jeremy Zelanes said. “I loved the way the boys held together all season. … It’s certainly disappointing, but guys have set a good foundation for this program.”

It\t was a tale of two halves, Central dominating things in the first half, and North putting pressure on Little Green keeper Eriazard Tuyshime (four saves) in the second.

“We came out in the second half stronger than when we started,” Zelanes said. “If we had done that the whole game, we’d probably have a different converation. The boys fought hard the whole game.”

“That usually happens with two good teams,” Manchester Central coach Chris LaBerge said. “You know you’re going to suffer, you just don’t know when. They made us suffer the whole second half. …You have to know you have to absorb that pressure.”

The Little Green did, and will be headed to Exeter’s Bill Ball Stadium Wednesday for a 4 p.m. semifinal date with the Panthers, who squelched any Queen City hopes of an all Manchester semi with a 3-1 win in the other quarter at Stellos.

It took just one goal, a shot from right wing by Celestin Bulose that was just out of the reach of North keeper Geovanny Quintana (five saves) at 13:35 of the first half. Just a few minutes in an earlier goal was disallowed as Central was called for bumping Quintana on a corner kick.

“We just kind of got on top of them early,and I think the fact we played them a couple of weeks ago and kept them off the board (2-0 Central win)) gave us some confidence,” LaBerge said. “I have so much respect for that coaching staff over there and that team, they play the right kind of soccer.”

“They came out with a little bit more energy in the first half,” Zelanes said. “They seemed to want it a little bit more. But as usual the guys came together at halftime, but unfortunately it wasn’t enough to get us through the second half.”

And North’s deficit was magnified by senior striker Preston Thompson getting a yellow card after a brief altercation with Central’s Junior Mawete 20 minutes into the second half. Both went to the bench, but for Thompson, the situation was differeent – it was his second card of the tournament, which meant he was done for the game, and, if North had advanced, the season.
“It was very frustrating, we were down 1-0, and I was getting hacked the entire game, it was hard,” said Thompson, who apologized to Mawete after the game. “I love these guys, I love everyone, it’s just tough.”

North made it tough, though, on Central right after. Arthur Santos missed an opportunity, and Jonathan Lopes, who moved up from the back line to fill in for Thompson, was robbed on a hard grounder by a diving Tuyshime and hit another blast just over the top of the goal, off the football crossbar.

“Obviously he (Thompson) does a lot of good things when he’s on the field,” Delanes said. “We come together as a team whether Preston’s on the field or not.”

But it will be the Little Green advancing.

“We’ve been there before,” LaBerge said, citing his program’s numerous trips to the Final Four, five times in six years.

So has North, just a year ago, the Titans’ first one. Unfortunately, there won’t be a second this week. 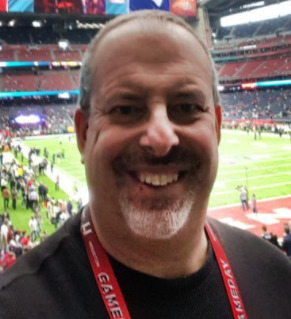