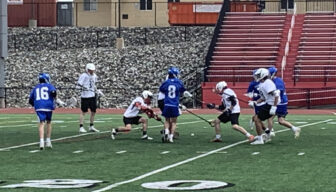 MANCHESTER, NH —  Ethan Render scored his fourth goal of the game with 1:55 remaining in the second overtime period to lift Hollis-Brookline to a 7-6 win over Central-Memorial, in boys’ lacrosse action, Saturday afternoon at Chabot-McDonough Field.

It was a gut-wrenching end to one of the Kings’ best performances of the season. The club has struggled, dropping seven straight games, since opening the season with an 8-7 win over Hanover. 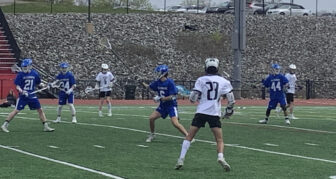 The loss spoiled an outstanding effort in net by Kings’ goalie Mene Adumene. The hulking junior made eight saves, none bigger than stops on Render and Tommy Anderson in the final minutes of the fourth quarter, with the score tied, 6-6, and Hollis-Brookline on a power play.

“What Mene Adumene has been able to do, while playing lacrosse for only a year … it’s a testament to how hard he works,” said D’Onofrio. “He knows I push him really hard because I know where he had to get to. He’s made some big saves in big moments.” 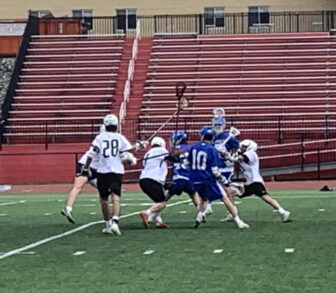 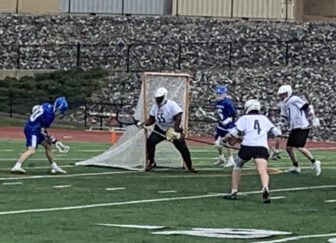 Hollis-Brookline (2-7) has also struggled this season. The win snapped its own seven-game losing streak. Aside from Render’s four goals, Anderson scored twice and Ben Defoe added a single goal.

The game was played with playoff-level intensity, despite the teams entering the game with a combined record of 2-13. It was clear each club saw the game as an opportunity to build some momentum heading into the second half of the season and didn’t want to squander the opportunity.

Both clubs played a smothering defense, with clean scoring opportunities difficult to come by. Neither team was able to gain any separation. The score was tied 1-1 after one quarter, 2-2 at halftime and 4-4 after three quarters,

The teams exchanged goals in the fourth quarter and the scorer was tied, 6-6, heading into the final six minutes of regulation.

Lins had a couple of excellent chances to give the Kings the lead, slashing through the H-B defense and ripping a shot that rattled off the post. Moments later, he darted from behind the net and tried a wrap-around that went just wide. 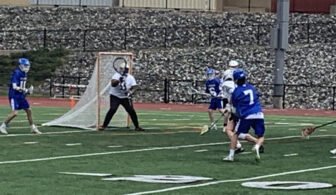 In both of the 4:00 overtime sessions, Central-Memorial got some excellent ball movement, but were unable to find a seam in the Hollis -Brookline defense and put a shot on goal.

After a steal, with 2:08 to play in the second overtime, Hollis-Brookline called timeout to map out a play. When play resumed, Lins took the ball on the wing, made a hard rush toward the C-M net and ripped a low, bouncing shot that found a way through a crowd of players and past Adumene for the game-winner.

Central-Memorial will be back in action Monday, at home, against Keene-Mon (1-7). 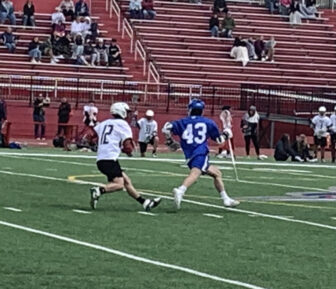