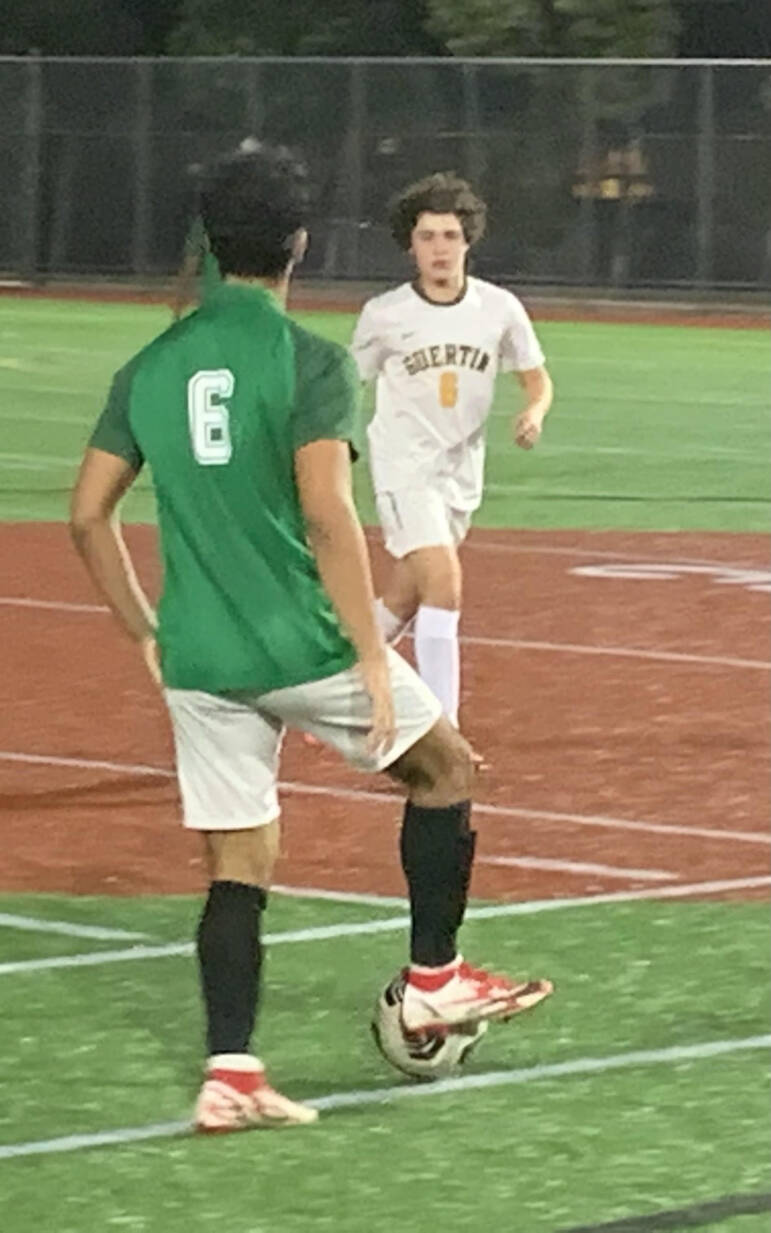 MANCHESTER, NH – Manchester Central spotted Bishop Guertin a 1-0 lead in the opening minutes, before roaring back for a 7-1 win, on Senior Night for the Little Green, Tuesday at Gill Stadium.

Seven different players scored for Central, including Logan Tartsa. A senior, Tartsa had missed the entire season dealing with a medical issue. He will miss the remainder of his senior season, as well, but wanted to be able to suit up for Senior Night.

So with 7:05 left in the game, when Tartsa cradled a pass and deftly slid the ball into the corner of the net to make it 6-1, Central fans roared as if it were an overtime goal in a tournament game. Tartsa was mobbed by his teammates, who hoisted him up on their shoulders in celebration. 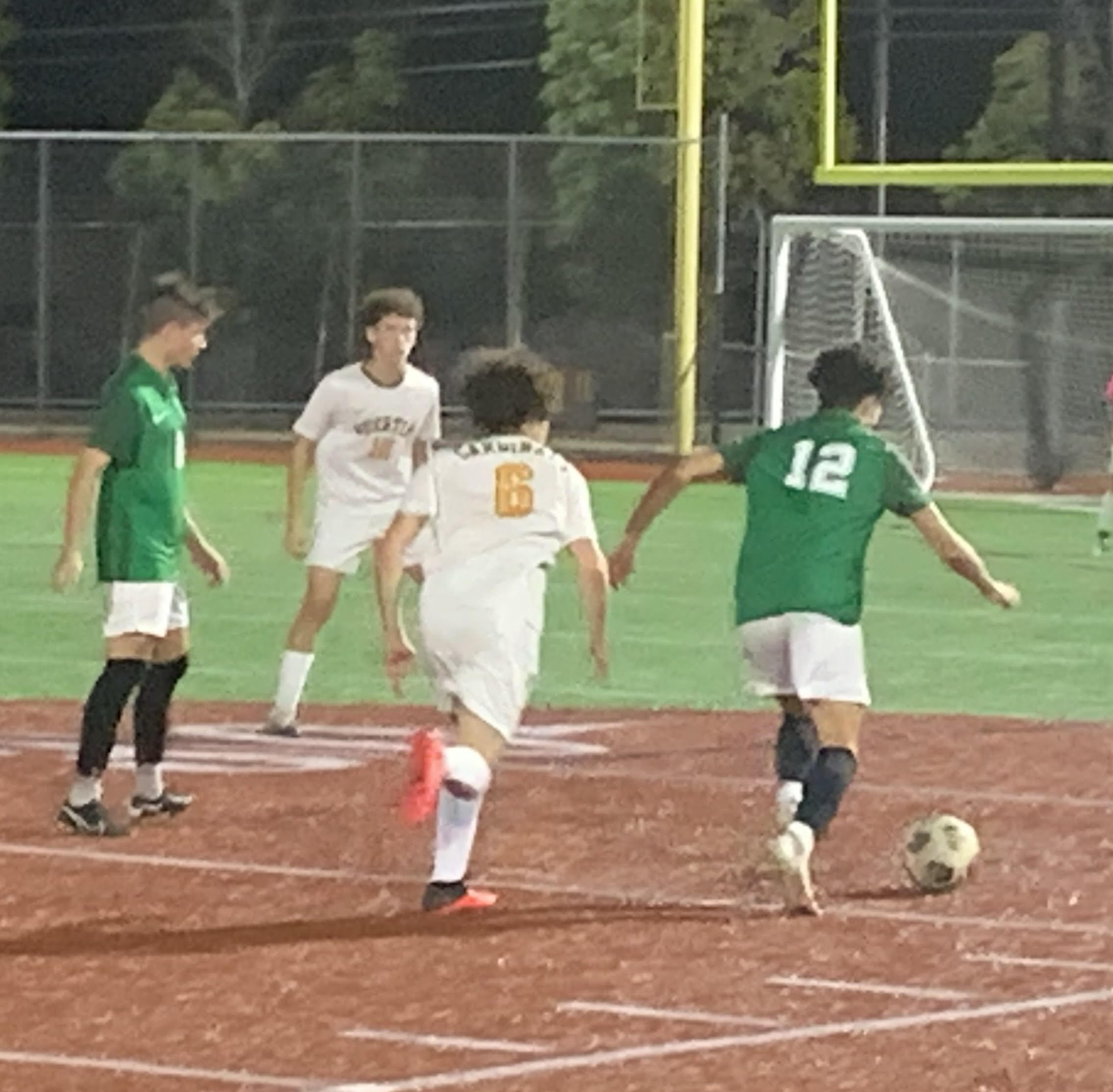 “(Tartsa) has been a player for us for all four years. He’s a hard worker and it’s just been a tough break for him this year,” said Central Coach Chris LaBerge. “This was a very special night for (Tartsa) and his family.”

Bishop Guertin had ideas about spoiling senor night for Tartsa and the rest of the Little Green. The Cardinals came out aggressively and took advantage of a rare unforced error by the Central defense to grab a 1-0 lead less than five minutes into the game.

As Central senior Jake Vachon tried to settle a long lead pass by Bishop Guertin (3-10-0), the ball bounced over his leg and past him. That opened the door for BG forward Rayaan Hameed, who flew past Vachon, then chipped the ball high over the head of Little Green keeper David Hood, who had come way out the goal to grab the loose ball. Hood was unable to recover i time, as the ball trickled over the goal line.

“We had a big blunder and gifted them a goal,” said Laberge. “But that happens in high school soccer. We were able to bounce back.”

The Cardinals’ goal seemed to shake some life into the Little Green, who had started out a little sluggish in the wake of the pre-game Senior Nigh ceremony.

In fact, Central (12-1-1) quickly went from sloppy to focused and made sure the BG lead was short-lived.

Midfielder Tokura Duche stole an attempted clearing pass, drew the ball to his right foot and blasted a shot past BG keeper Josh Ozaroff in the 11th minute to tie the game.

Moments later, Ozaroff (12 saves) stoned Junior Mawette from point-blank range with a diving save. But Central had gained momentum and had tipped the pitch toward the Bishop Guertin end of the field. 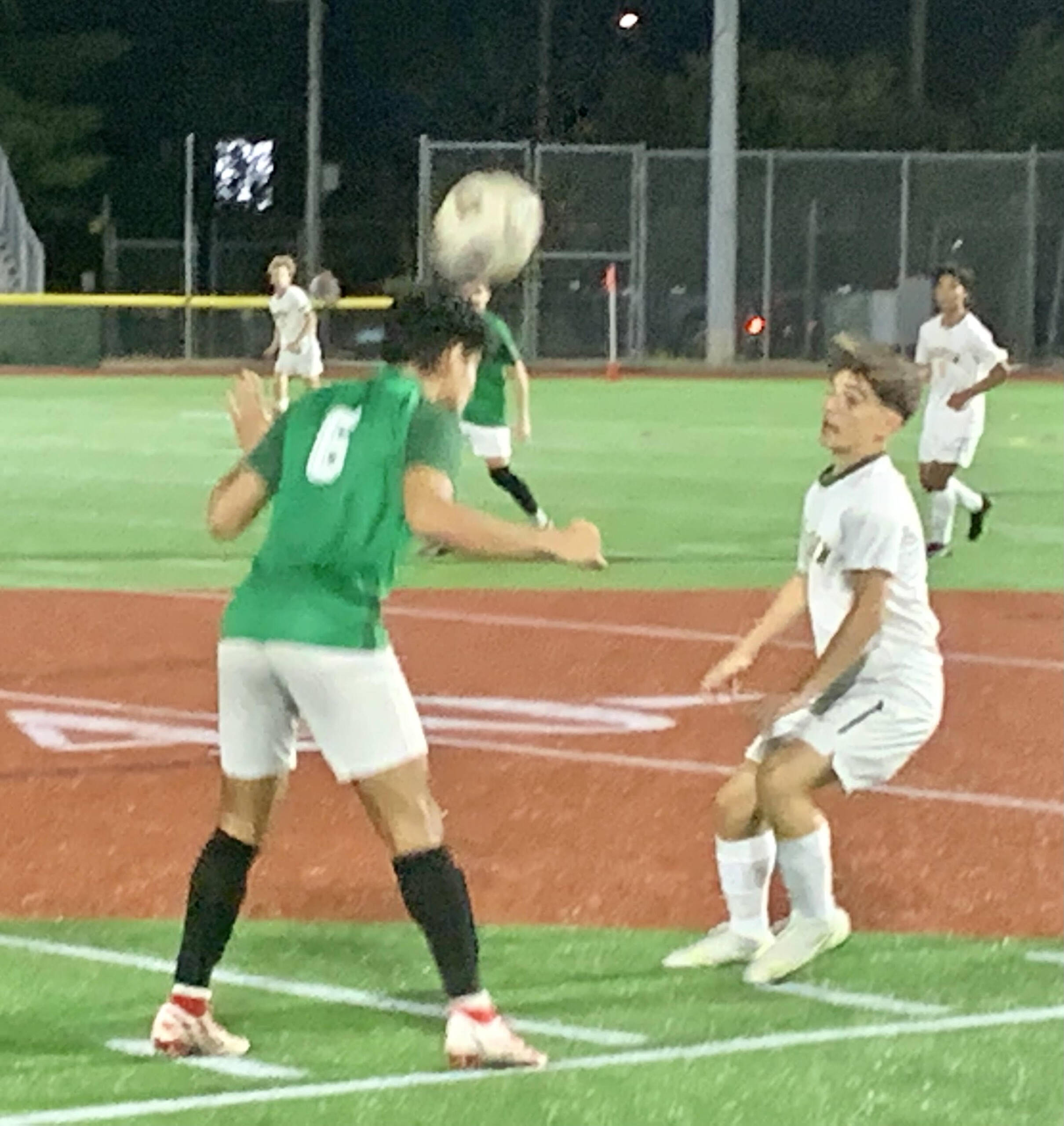 Gavin Lins put the Little Green on top for good in the 17th minute with a fabulous individual effort. Mawette got the assist with a nice feed to Lins, who juggled the ball in the air from his left foot to his right, before beating the BG keeper to the short side.

Cedric Ishoboravyose made it 3-1, in the 20th minute. A nice rush by Jahir Garcia set the play in motion. He dished to Mawette, who fed the ball back to a trailing Ishoboravpose. The junior then showed off some spectacular footwork, dribbling past three BG defenders before ripping a shot past Ozaroff.

Central continued to dominate in the second half, with goals from Mowette and Estaban Henao building the lead to 5-1.

Meanwhile, after giving up the fluke goal, Little Green keeper David Hood (3 savers) went more than 40 minutes before seeing another shot on goal. BG junior Sean Cairns made a nice rush up the middle, through a pair of Central defenders to get a clean shot. But Cairns wasn’t able to get much power behind the shot and Hood made the easy stop. 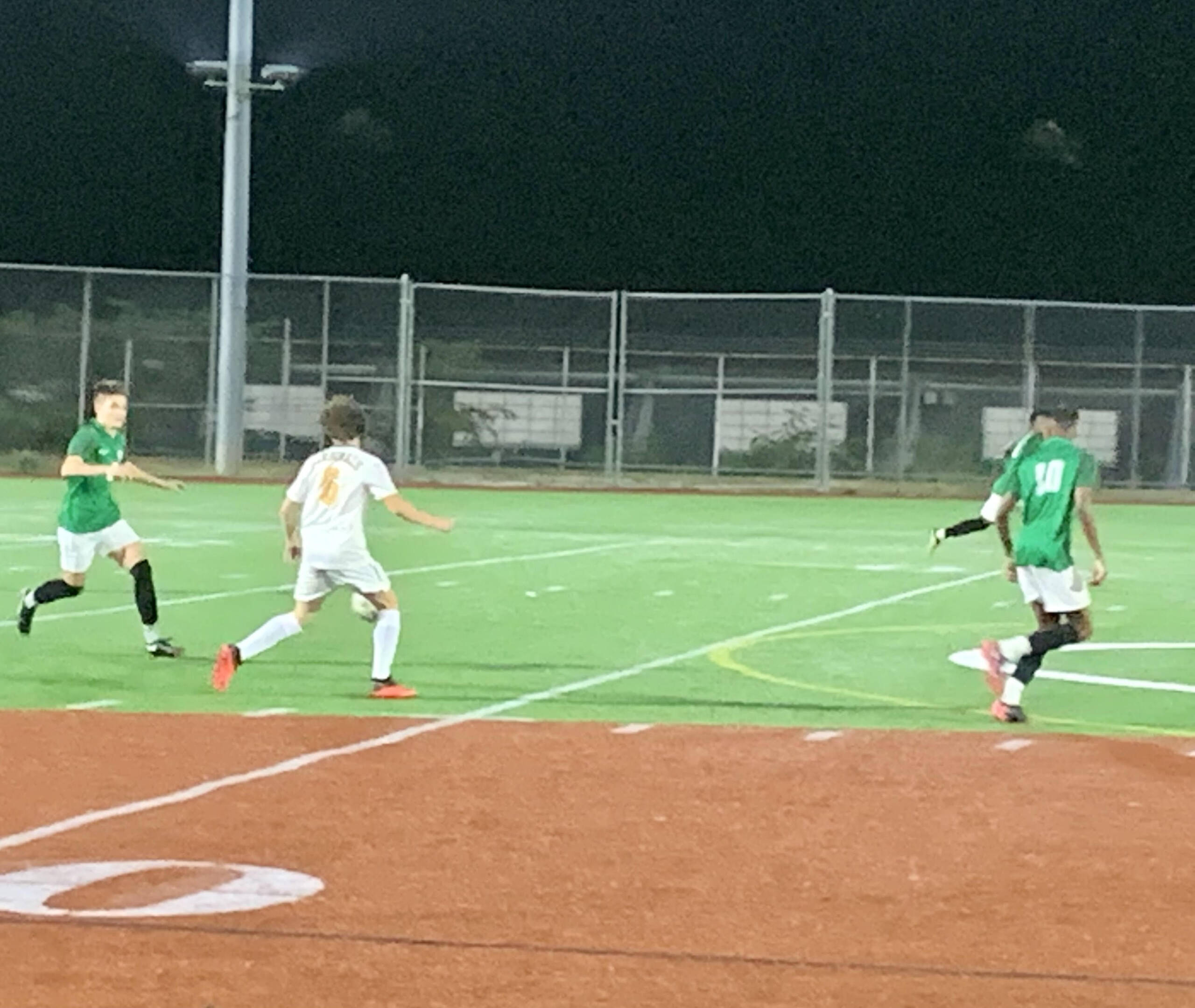 Following the goal by Tartsa, Gershom Matimano capped the scoring in the final minutes.

Central returns to action Friday, when the team travels to Hanover for a date with the 10-2-1 Marauders with seeding in the upcoming Division 1 State Tournament on the line.

“It doesn’t look like anyone will be able to catch Nashua South but we set a goal for ourselves to get the second or third seed. This will be a big game,” said LaBerge. “Tonight was great, we were able to get everyone into the game. Friday, we will probably be looking to go back to the usual 15 player (rotation).” 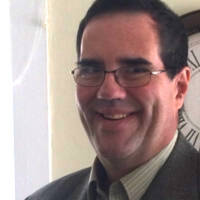