MANCHESTER, NH —There’s a catwalk, of sorts, in the middle of Elm Street that’s right up Cat’s Alley.

Liz Hitchcock of Orbit Group, owner of Bookery Manchester and co-developer of Factory on Willow, is behind the transformation of a city crosswalk into a piece of art featuring cats.

Hitchcock worked alongside David Hady, artist in residence at Orbit Group, for about two months. He came up with the design featuring a repeated pattern of interlocking cats that the city approved.

At issue, Hitchcock explained, was that Elm Street is actually a state road and the city did not want to jeopardize state and federal funding by putting in a design that didn’t meet their guidelines.

The original bright, bold graphic design in purples, greens and oranges was not going to work, city officials explained, because it would distract motorists.

“So we came upon this concept that is clearly M.C. Escher-esque with cat tessellations so we could still have the continuity of the cats from Cat Alley but also the amazing ability to keep them within federal guidelines so they don’t lose any money,” she said.

Tessellations, she explained, are pieces of artwork that mathematically fit together. Escher is a Dutch graphic artist who is considered the Father of Tessellations and is known for manipulating perspective.

On Thursday morning, with the help of Marlana Trombley, Founder & Growth Strategist of Prosper Peak, Hady painted the crosswalk with a base of long-lasting polymer concrete gray and white for the cats.

It was topped with fine glass beads which will make the crosswalk sparkle and reflective at night. Trombley explained the stencil is to ensure “we can support maintenance over time.”

Workers from the city’s Department of Public Works stopped by several times to ensure the project was going well and that they had everything they needed, Trombley said.

“They let us use their sprayer and helped mix the paint and worked with us to find a compromise after the original artwork wasn’t approved,” Trombley said.

Scott Robinson, traffic foreman with DPW, said the city has subcontracted work out to paint crosswalks along Elm Street from Pleasant Street to just before Bridge Street. Orbit group paid Hady and agreed to pay for all art supplies needed to complete this project.

Trombley served as project manager with the DPW.

“I think it’s awesome. I love it,” said Abbie Griffiths who works at Minim, a tech start-up, and lives downtown. “I hope we could have even more stuff like this. Hopefully, it’s the start of even more cool things in the city.”

Looking at the crosswalk from the side, the pattern takes on the shape of white bricks.

“It repeats itself over and over again,” said Hitchcock of the pattern. “However, when you get up on top of it it’s a lot of fun because you see a lot of kitty cats which fits right in with the bike racks, the book store and then all the way down Cat Alley.”

The cat theme ties into the three cat-shaped bicycle racks, designed by Vivian Beer, the nationally known Pembroke metal furniture designer, near the Bookery and, of course, Cat Alley, between the Bookery and Lala’s Hungarian Pastry.

Stay tuned, phase two of the project is a crosswalk at the back alley to Franklin Street. 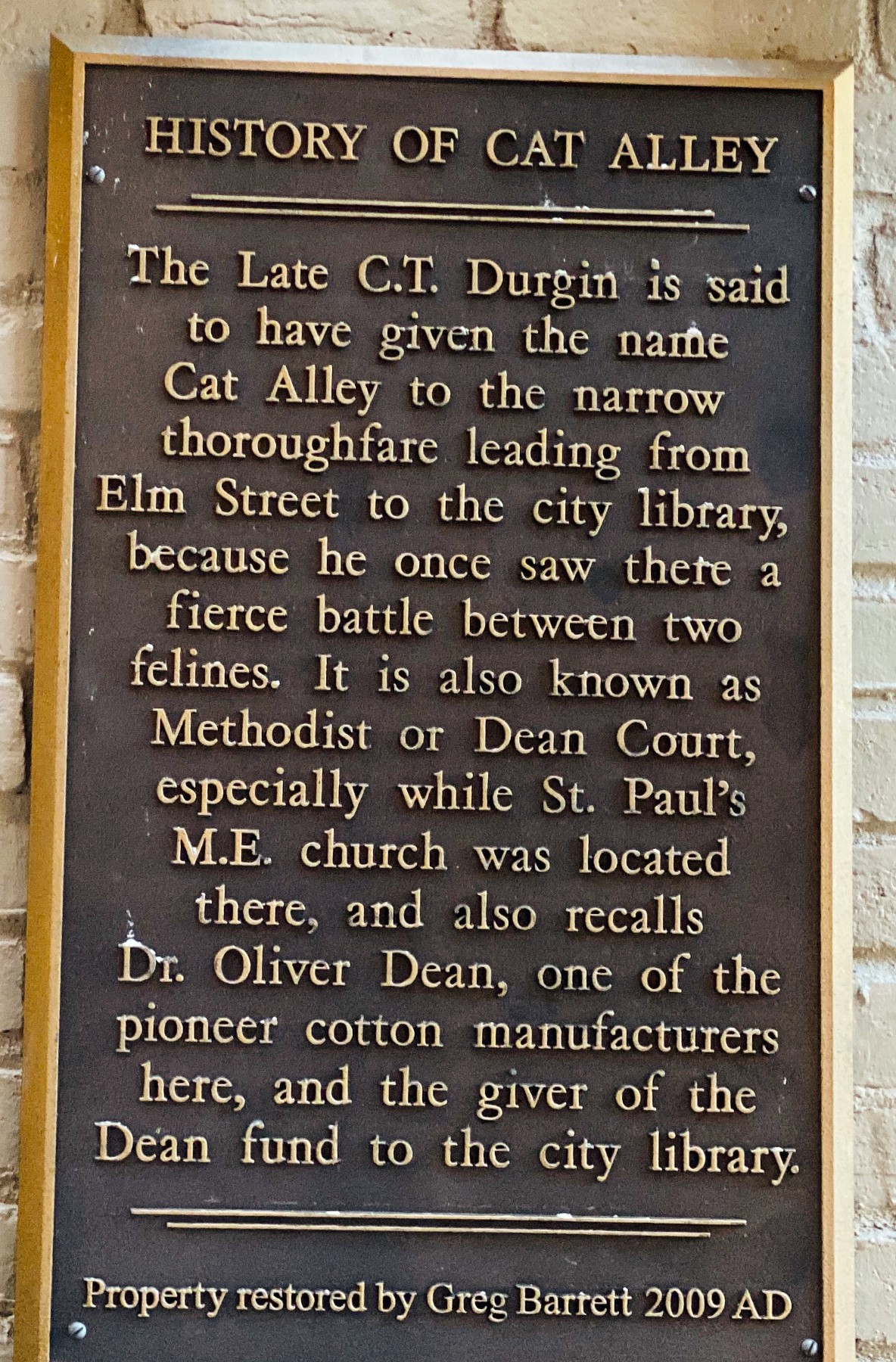 “If you can work creatively and cooperatively there is a lot of opportunities to do really cool things in our city,” said Hitchcock.

And what about that artsy, out-there original graphic design? Hady plans to use it on some other city project.