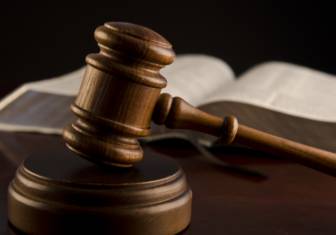 HOOKSETT, NH – Russell Berry, 53, of Hooksett, pleaded guilty on January 25, 2018, in Merrimack County Superior Court to one count of Theft by Unauthorized Taking.

Mr. Berry repeatedly failed to make restitution to the victim. Prior to the plea and sentencing hearing, Mr. Berry paid the victim $2,000 in restitution. Pursuant to a negotiated plea agreement, Mr. Berry was sentenced to serve 12 months in the Merrimack County House of Corrections with the entire sentence suspended for a period of 2 years conditioned on good behavior.

New Hampshire citizens with consumer-related complaints or concerns may call the Attorney General’s Consumer Information Line at 1-888-468-4454 or file a complaint on-line.