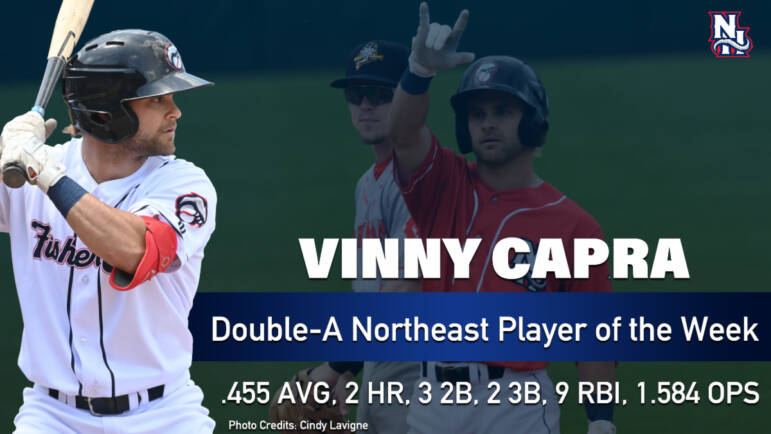 Capra drove in all nine of those runs during the first two games of the series, including a 4-for-5 day on Tuesday, echoing his four-hit performance on June 19.

This is New Hampshire’s second Player of the Week honor in 2021, as Capra joins catcher Gabriel Moreno as the only other Fisher Cat to receive the award this year.