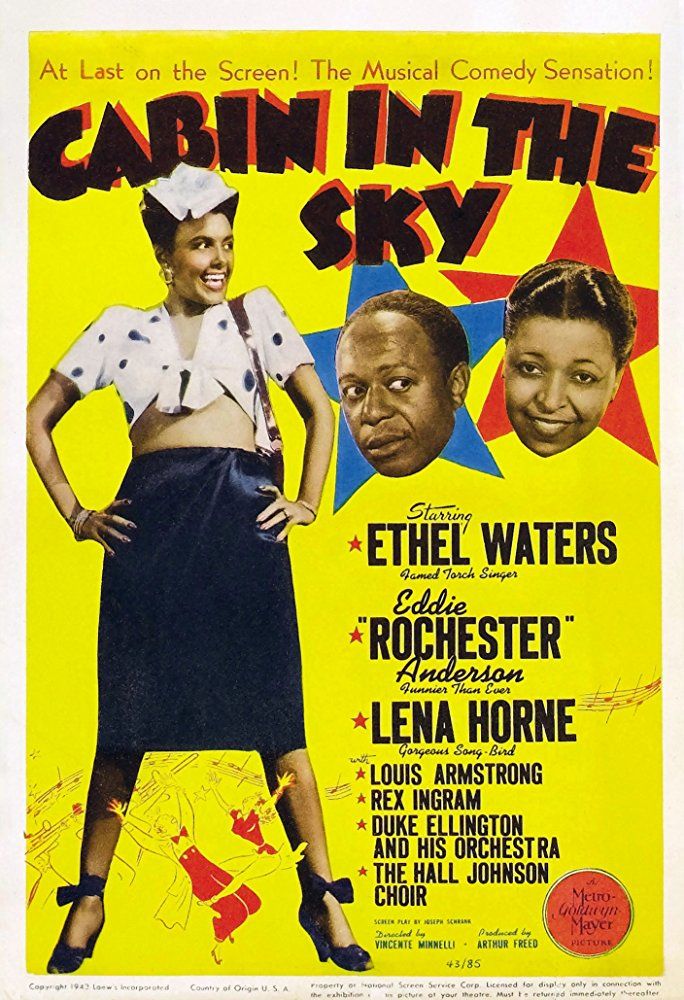 DISCLAIMER: This film contains outdated stereotypical reflections of its timeframe, and is best described in Donald Bogle’s Book, Hollywood Black: “Both Cabin in the Sky and Stormy Weather presented more humanized, softened images of its black characters. Neither was entirely free of old typing, but each remains among the most entertaining movies in Hollywood.

The 1943 MGM film Cabin In The Sky is Vincente Minnelli’s Hollywood directorial debut. As an all-black musical production during a time where black performances where scripted to be cut out of movies in order to be shown to white Southern audiences (in fact Cabin In The Sky was banned in Memphis)  it was a massive gamble. Vincente Minnelli, once married to Judy Garland, father of Liza Minnelli, is mostly known for sunny splashy masterful technicolor musicals.

In this film he keeps coherent pace with the theme by entering into the fantasy via a humble oil lamp, and this is where the comedic value is introduced.  Cabin In The Sky mimics the same idea in dual characters as the Wizard Of OZ. In life, Little Joe’s (played by Eddie “Rochester” Anderson who gained celebrity status from the Jack Benny radio show) wayward friends, are Lucifer Jr. (Rex Ingram) and his angels, upon Joe’s demise. The Reverend Green (Kenneth Spencer) is a General of the Lord.

While attempting to mend his ways, and after being coherced by his old friends for one last big payoff, compulsive gambler Little Joe Jackson is shot during a dice game. His spirit awakens in purgatory, where the powers of Heaven and Hell, are dueling for his soul, providing an amusing glimpse into an interpretation of the astral plane. His wife, Petunia (Ethel Waters), one of the most influential black performers of her era, of vaudevillian fame, a relentless advocate for her husband, pleads for his salvation. In her earnestness, heaven decides Little Joe will once again inhabit his body for six months to prove himself. When he awakens, he remembers nothing.

One of the most popular songs of this musical is the Academy-award nominated “Happiness Is a Thing Called Joe.” Ironically, had it not been cut for its perceived taboo, of showing a black woman in a bubble bath, another song, “Ain’t It The Truth,” sung by Sweet Georgia Brown, the seductress, played by a young stunning Lena Horne, would have more than likely taken the top spot.

Vincente added an air of dignity unseen in almost all films featuring  black casting, who were relegated to servitude. Prominent African-American actors such as Butterfly McQueen, John Bubbles, and Bill Bailey were cast in the film, including an amusing comedic performance by Louis Armstrong.

Carefully watch the “Taking A Chance on Love” sequence, as an unpolished version of the Moonwalk is performed, long before Michael Jackson’s birth.

The stylized entrance to Jim Henry’s Paradise Nightclub by patrons aligns with the popular musical genre of the day, Swing, expressly setting the cool tone. The ultra hip sounds of the real life house band leader for the famous Harlem night spot, the Cotton Club, is the debonair Duke Ellington and his orchestra, who went on to be one of the most popular orchestras by all standards during the 1930s. Ethel Waters performs a dance sequence that is delightfully unexpectedly light, given her ample frame.

Lyricist Yip Harpburg, creator of one of the most famous songs in history, “Somewhere Over the Rainbow,” rounds out the film with an impeccable musical score.

In an overlooked subtlety, the tornado during the culmination of the film is also the same muslin tornado used in the Wizard Of OZ.

Cabin In The Sky is an entertaining movie featuring a few of the most impressive African-American talent of its time. Not surprisingly, MGM lends its standard class quality to this unexpected, delightful film. 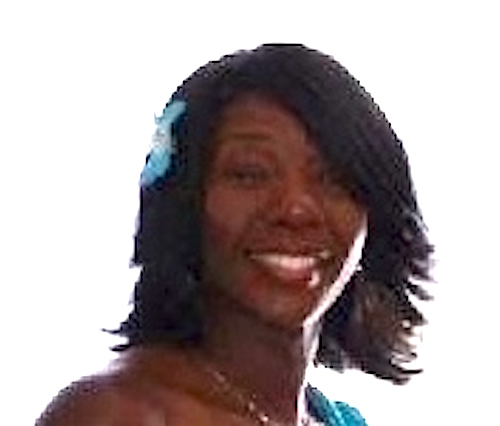