How to deal with family planning providers who also perform abortions had been a sticking point between the House and Senate negotiating House Bill 2, one of two bills in the next biennium’s $13.5 billion budget package.

The House and Senate failed to agree on a number of other contentious issues including paid medical and family leave, prohibiting the teaching of divisive concepts and instituting an adult Medicaid dental program, but reached a tentative agreement on closing the Sununu Youth Services Center.

And the House agreed to adding additional child protection workers once it was verified the new positions would be included in the 3,000 cap on Health and Human Services employees included in the House version of the budget.

The House and Senate both want to close the youth detention facility, but had differences over when to close it, how large a new center would be needed and whether different criteria to incarcerate youth is needed.

Senate President Chuck Morse, R-Salem, said both sides agree on the key finding that the center needs to be closed and a new smaller facility built to replace it.

The House and Senate would both appoint a committee to recommend a replacement facility and present them to the legislature next year.

“Like the House, we do not want this to be decided by the next legislature,” Morse said, “We want it closed by March 1 and a replacement open March 1. Construction has to start under this legislature.”

The House recommended a replacement facility for five youths, coupled with the changes in criteria for incarceration, while the Senate proposed a facility for up to 18 kids.

Morse said the Senate had not seen the proposed changes that would reduce the offenses that could send a youth to a detention facility.

The two sides agreed in principle to using the Senate section on closing the facility with two House provisions giving greater flexibility to the study committee and raising the possibility of repurposing the Sununu facility as well.

The conferees will review the proposed changes Wednesday before finalizing the issue.

The family planning amendment adopted by the committee on a 7-1 vote, would require the financial and physical separation of abortion services from all other health care services if a provider is found to be in violation of using state funds to directly or indirectly support abortion services.

The amendment from Senate Majority Leader Jeb Bradley, R-Wolfeboro, would require providers to allow the commissioner of Health and Human Services or his or her agent to inspect their financials to ensure state money is not used for abortions, something Bradley said is currently being done by the agency.

The findings would have to be certified by the governor and executive council each fiscal year, and if the agency fails to do the review or state money is co-mingled with funds for abortions, all the provider’s health care services would be suspended until abortion services are physically and financially separate from other health care services.

“I don’t believe it is happening in New Hampshire,” Bradley said about state money being used for abortion services. “This is as much as anything an insurance policy.”

He said the state has long prohibited state funds from paying for abortions as the Hyde amendment prevents federal funds being used for the same reason.

“(My amendment) makes sure health care services continue to be provided to low-income women,” Bradley said. “We all agree it is important to make sure those services are available.”
But Sen. Cindy Rosenwald, D-Nashua, said Bradley’s amendment would go way beyond what has been done in the past.

“The amendment would allow the state to hold healthcare hostage for up to 15,000 people,” she said. “I fear some may develop cancer and that is on us.”

The amendment is based on the false narrative propagated by extremist Republicans, that state funds are used to support abortion services, she said.

“State funds are not used to pay for abortions, period,” Rosenwald said. “Nowhere else in New Hampshire statute does the state hold patients and medical providers hostage pending financial audits.”

She said the family planning centers also provide cancer screenings, access to birth control, sexually transmitted infections treatment, breast exams, and primary care services. Those services will be hamstrung because of this partisan policy, she said.

The physical and financial separation of services is usually aimed at Planned Parenthood, which is the chief provider of family planning and other health services to low-income women in the state.

The conference committee did not vote on an amendment proposed by Rep. Jess Edwards, R-Auburn, that would have allowed current contracts to continue until their end dates and at centers where no other providers can be found.

The House slowed down the merger in its budget, eliminating the merger of the boards of trustees July 1 and instead appointing a study commission.

The Senate removed any reference to the merger in its budget.

Tuesday Morse said the Senate would not agree to the merger and instead legislation should be proposed for next year to address the issues prompting the proposal: declining enrollment and greater student need for financial aid, which university system officials said are sustainable financially.

Morse also drew the line on a provision in the budget that would limit gubernatorial authority during a state of emergency.

Members of both parties have said the current law passed after the Sept. 11 terrorist attacks on New York City and Washington, D.C., allowed Sununu to bypass the legislature during the more-than-a-year-long state of emergency that ended Friday.

The Senate included a provision in its budget that had the backing of Sununu, but a House version requiring legislative approval to continue the state of emergency after the first declaration did not.

The issue is being negotiated separately in a conference committee on House Bill 417, and Morse said he would not agree to including anything in the budget that did not have the governor’s blessing.

If that were not possible, let HB 417 go on its own and the governor can decide, he said, but that is not how he would like to see it resolved.

“To walk away and not get an agreement with everyone,” Morse said, “is not the way to do it.”

Two of the main issues to resolve are a proposed family and medical leave program the Senate included in its budget and instituting a dental benefit for adults in the Medicaid program.

The family leave program was proposed by Sununu in his budget and would begin with state employees and would be open to businesses that wanted to join.

Under the governor’s proposal, the leave program will be voluntary.

Sununu has vetoed several paid family and medical leave programs approved by past legislatures calling them a backdoor income tax. Those supporting the earlier versions of paid and family leave programs say a voluntary program will not attract enough participants to be feasible.

Edwards said the Senate underestimated the cost of the program that has been proposed in the past but never approved.

Edwards said instead of the $7 million for three months of benefits the Senate included in its budget, the latest estimate is over $11 million.

Negotiators are also trying to reach agreement on a provision barring the teaching of “divisive concepts.” The controversial provision, opposed by many public and private officials as well as educators and business owners or workers, is based on an executive order issued by former President Donald Trump.

The committee meets at 1 p.m. Wednesday to continue negotiations on House Bill 2. Friday the conference committee on House Bill 1, which contains the numbers for the operating budget, reached agreement essentially backing the Senate proposal.

House Bill 2 contains the changes needed to correspond with the numbers as well as other provisions. 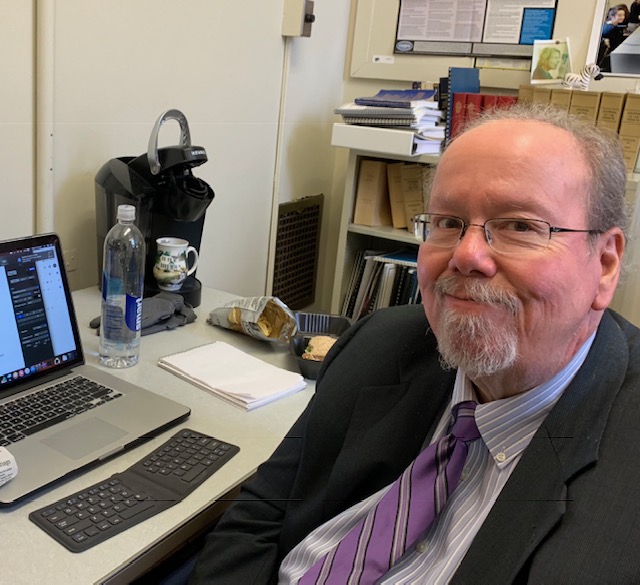