Local breweries are incubators for creativity. Often, these small- to medium-sized companies try to stand out by expressing the individuality of their brand. But this isn’t just expressed through their risk-taking brews like experimental sours, English bitters or rotating single-hop IPAs. Many breweries are modern-day patrons of the arts, commissioning vibrant and fantastical imagery to grace the “canvas” of their aluminum cans.

In recent years, New Hampshire breweries have released beers with labels that include cybernetic tiger-men, mythical warriors and sweater-wearing sea creatures. So who is behind this artwork?

Brew News went behind the scenes to meet a few creators whose artwork stands out; New Hampshire artists who say they found a natural — if unexpected — marriage of creativity with their local brewers.

In some cases brewers are artists themselves, like Curtis Dopson, assistant brewer at Pipe Dream Brewing Company in Londonderry.

“Can art is becoming the canvas used to express a brewery’s identity and vibe,” Dopson said. “In order to stand out on the shelves, the artwork on the can needs to grab the attention of the viewer. If our cans pop out at you, I’ve done my job.”

Dopson said he dropped out of art school, burnt out and discouraged by a professor who called his work “unmarketable.”

He eventually found his way into brewing, and got a job at Pipe Dream, while teaching art for a local charter school.

“I found the creativity inherent to the industry invigorating and I was inspired to pick my art back up,” Dopson said.

At first he did some poster work for them, until eventually he was hired not only as a brewer, but as a label artist and designer when the company started canning its own beers.

“I’d found my dream job,” Dopson said. “Not only was I doing what I loved brewing beer but now I was able to use my art education professionally. Now, I do all the artwork for our cans and the placards for our On Tap wall. Whether my work is “marketable” or not? I’ll let you decide.”

Andy Day, the co-owner and brewer at Daydreaming Brewing Company in Derry has a similar story, as an art-school dropout. Now as a business owner, he makes all of his own labels and sign art.

“I had originally gone to school for graphic design/illustration, however life didn’t work out exactly as planned and I ended up dropping out halfway through my sophomore year, even though I was in the top-three students in a class of 125,” Day said.

Day not only makes the labels for each beer, liquor or wine they produce, he also made the logos for each of his brewing, distilling, wine-making and restaurant companies. When he opened Doire Distilling in 2017, he created a pastel logo of an oak tree branch, which is what doire — the Irish name for Derry — literally means. It’s recently been recreated as a 3D sign outside the taproom.

On his labels, Days says he uses a combination of original illustrations and licensed graphics and fonts.

Some local artists fell into working on beer label art unexpectedly. Jeremy McHugh of Henniker has been creating the label art for Kelsen Brewing Company in Derry for the past three or four years, so far making five different designs; he did the art for Harimanna, Day Raider, Caravela, Chernabog and Ironside.

“It was something I was interested in because I knew the craft brewery scene tends to be very experimental with their artwork,” McHugh said.

McHugh has been working as a freelance illustrator since 2001, primarily working in the tabletop gaming industry, for things like collectible cards and rule book illustrations. In the past few years, he’s been a storyboard artist in the film industry.

He got connected to Kelsen through a mutual friend who recommended him. Kelsen previously worked with another freelancer for some of their original beer labels, and they have another artist named Rob DeVita who does some day-to-day graphic design work and the branding for the brewery’s Cryptic Project line.

While most beer label artists tend to illustrate digitally these days, McHugh says he’s been working in traditional mediums for many of his most recent beer labels, such as oil paintings. After selling the label work to the brewery (for a reduced rate of $30 an hour, capped at $900 given the small scale of the business) he also sells them the original paintings as a separate purchase for a similar price.

“They’re super rad,” said Michael Mahn at Kelsen. “We plan to have a wall of them framed in our taproom someday.”

His usual rate is $50 an hour for that kind of project, McHugh said, but he says it varies depending on the relationship he has with the client. He was happy to find a brewery that shared an interest in fantasy genre artwork and storytelling.

“I think the one I enjoyed most was probably the latest one. The Ironside. It allowed me to tap into my fantasy nerd vibe, perhaps more than the others,” McHugh said.

Named after a pseudo-historical Viking king of Sweden, Bjorn Ironside, McHugh found inspiration in golden fields of barley, since the beer is an English-style barleywine, and in a scene from Lord of the Rings: Return of the King, when Aragorn parlays with a ghost army and convinces them to join the final battle against the evil orc army. So, he included some phantasmic warriors in the background.

Many artists see the craft brewery scene as very supportive of the arts.

“I definitely see that there is an influence and a support system, I guess you could say,” said beer label artist Steve Lee.

A longtime friend of Michael Hauptly-Pierce and Steve “Doc Jones” Bradbury, the owners of Lithermans Limited in Concord, Lee has made over 50 labels for them over the past five years. Lee said about 20 of them are printed on high-gloss acrylic and hanging on the walls of the taproom.

He said each label costs the company about $250 to make.

“I’ve been best friends with both of those guys for over 20 years. So, they get a friends and family discount,” Lee said.

Through his company, Steve Lee Design, he has also provided branding design work for Ancient Fire Mead & Cider in Manchester, Steadfast Spirits and Troubles Moonshine in Concord and The Flight Center Beer Cafe in Nashua.

Lithermans was Lee’s first big break as a freelance illustrator, after retiring from a career as a freestyle snowboarder and a designer for a graphic apparel company. Since then, he’s found a niche in the craft brew industry.

“That’s one of my favorite parts of doing these beer labels, specifically with Litheramns, is the fact that in my 20 plus years of doing graphic design, I’ve never had the artistic freedom like I have with Lithermans beer labels,” Lee said.

One of Lee’s favorite labels for Lithermans is Cyber Tooth Tiger, the name of a sour made with pear, ginger and Gewurztraminer grapes. He also likes Under my Plum, Oranges by the Freeway, Moonage Daydream, Styles and Dynamics and Kashmir.

“I think it’s honestly just awesome and it’s very nice that a lot of breweries are reaching out to these local artists to help them decorate their work,” said Bedford-based artist Max Gagnon.

Gagnon has done the can art for about 18 different styles of beer made by To Share Brewing Company in Manchester, since the company started canning its flagship Gold Civic IPA in 2019.

He also painted a large mural inside the To Share taproom and has also recently been hired by Flight Center to paint a mural in their new Manchester location, set to open in the former British Beer Company building. He’s also the mural and label artist for Flight Coffee Company in Bedford.

For To Share, Gagnon has illustrated several sweater-wearing sea creatures for the company’s rotating Double IPA series, including one of his favorites he designed called Swhale. Another of his favorites is the illustration for To Share’s Oktoberfest beer, which depicts the name as a twisted alphorn (those longhorns from the Ricola commercials).

Gagnon charges $200 per label art, plus $50 if he does the graphic design elements on top of that. He first reached out to To Share owners Aaron and Jenni Share about a year after graduating from college, after reading about the new brewery in the news and seeing they were looking for help.

Since becoming steeped into the world of beer label art, he’s become a fan and collector of beer cans with art he admires. He especially likes it when the artist gets credit for their work, and when the art itself stands out as unique.

“There’s such a difference between a modernist design … that’s very plain or it’s not as exciting, it doesn’t make your business stand out, then if you decide to hire someone who has a unique way they look at the world and has an overall powerful design. I think it makes the place stand out more.” 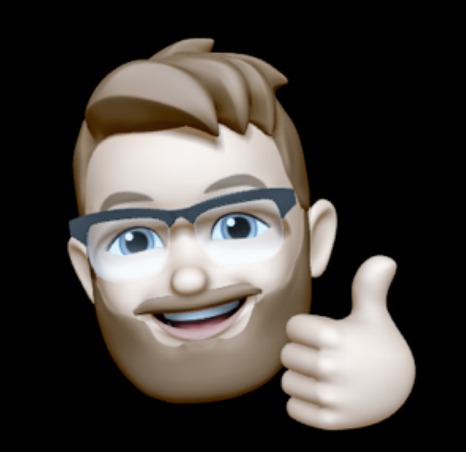 Got Brew News? Send it to ryanmlessard@gmail.com for the next installment