You know it’s summer when the breweries start serving bready lagers, crisp pale ales and citrusy IPAs. That and, you know, heatwaves and “smoke” weather.

On July 14, Ancient Fire Mead and Cider in Manchester released Mystery Toaster Pastry (7 percent), a fruity delight made with Meadowfoam honey, strawberry, blueberry, raspberry, blackberry and Concord grape. It’s available on tap at the meadery and in growlers to-go.

On Wednesday, July 21, they’ll be coming out with Word Around the Campfire (7 percent), a s’more-inspired mead with cacao nibs from Ghana, Meadowfoam honey, caramelized honey and toasted oats. Available on tap and in growlers.

Both of these new releases are part of the meadery’s  summer camp theme CAMP AF, which will continue until the end of August, “with games, sports and all sorts of camp spirit.”

Pipe Dream Brewing Company in Londonderry has come out with a brand new New England IPA, which was released on July 13. It’s called Tickle My Oranges NEIPA (6.5 percent), and it’s described as hazy, juicy and citrusy. It’s made with hundreds of pounds of Cara Cara oranges.

Watch the promo video below:

Speaking of oranges, Kelsen Brewing Company in Derry put its uber-popular Blood Orange Battle Axe (7.2 percent) on tap on July 15. I’m probably already too late in telling you this. They make this one in limited batches and it tends to sell out within a week. Assuming they still have some left, it’s available on tap and in growlers. 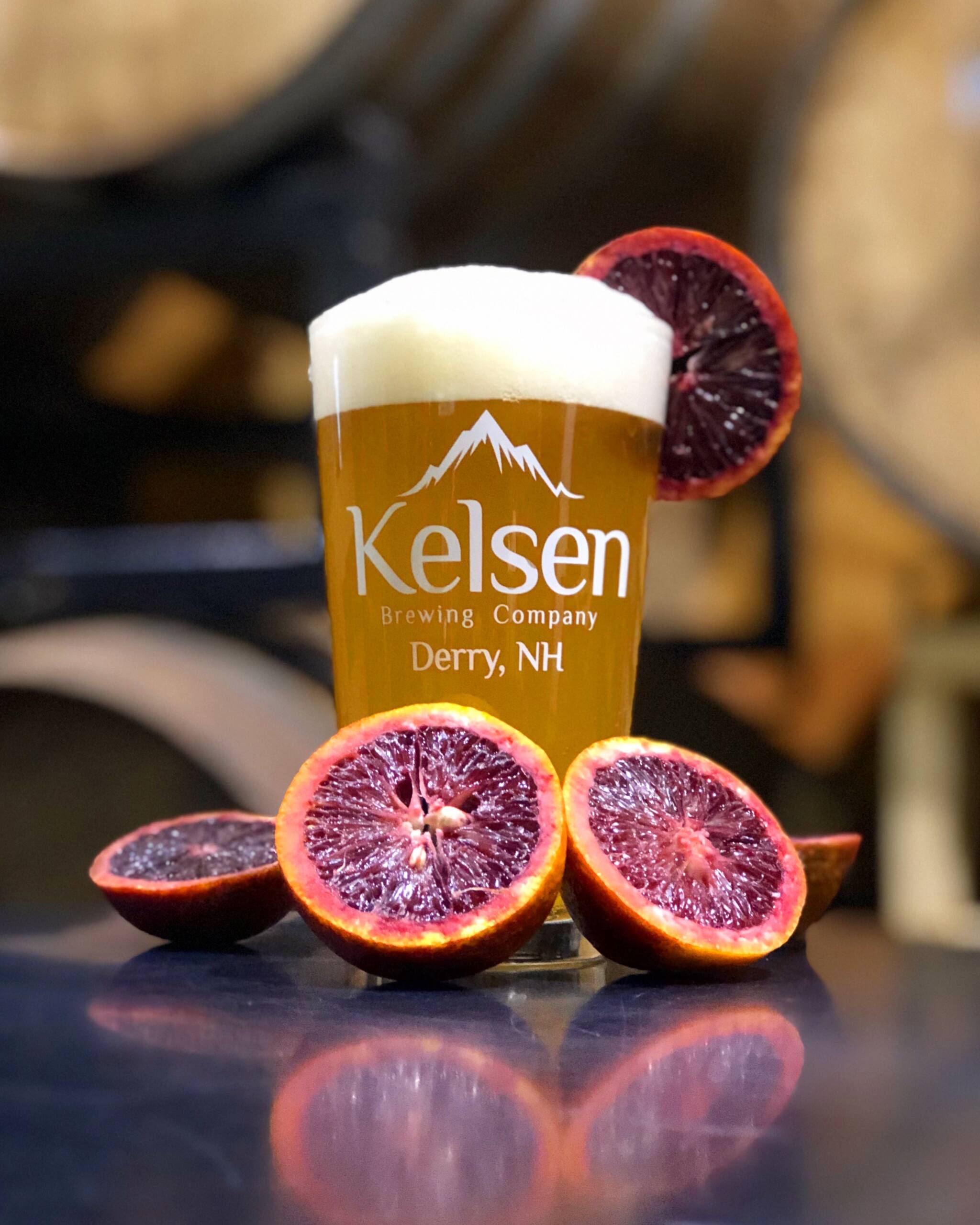 Also, take note: Kelsen has recently changed its taproom hours. They’re now open Sunday through Thursday from noon to 8 p.m., and Friday and Saturday from noon to 10 p.m.

It is available on draft and in 16-ounce four-packs. 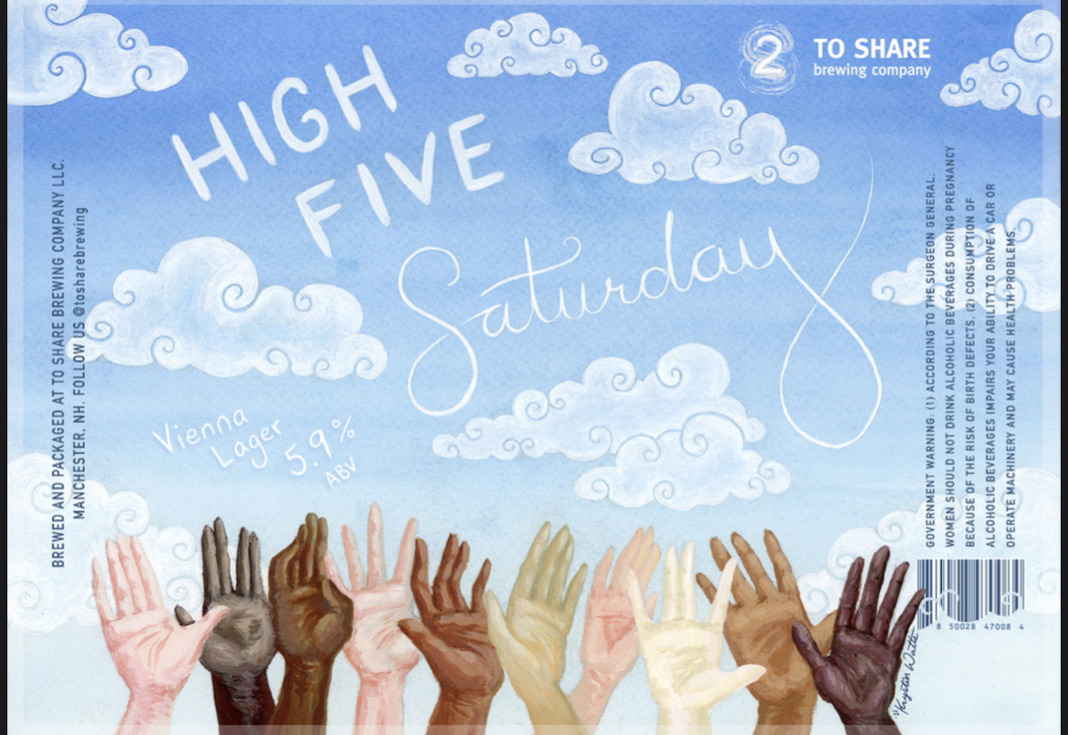 This week, two more new beers are coming out: The Umbrella Does Not Exist (4.1 percent) and Marceline (5.1 percent), both available in 16-ounce four-packs and on tap.

The Umbrella Does Not Exist is a margarita-inspired strawberry gose, described as slightly tart, brewed with coriander, pink Himalayan salt and 84 pounds of strawberries. Marceline is a Belgian pale ale with flavors of toasted breads, caramel and fruitiness. 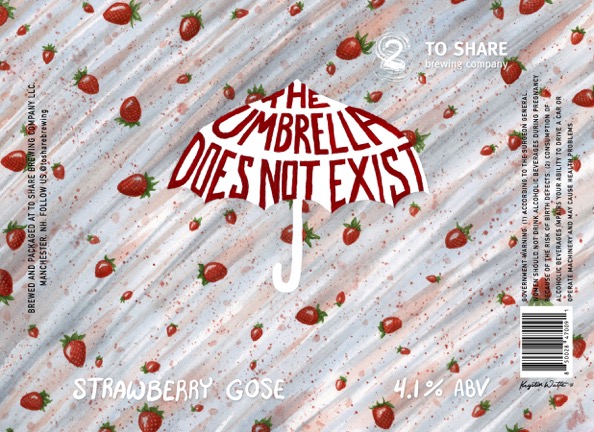 To Share also has fresh cans of Gold Civic (6.7 percent), their flagship IPA, which boasts flavors of peach and mango, and Intro (5.8 percent), a cream ale that serves as a light and refreshing introduction to craft beer.

Great North Aleworks in Manchester will be releasing three new beers in the coming days. On July 22, they’ll release It’s Raining Raspberries (3.7 percent), a Berliner Weisse made with raspberries, which will be available on tap, in growlers and 16-ounce four-packs. (It has been on tap since July 15). 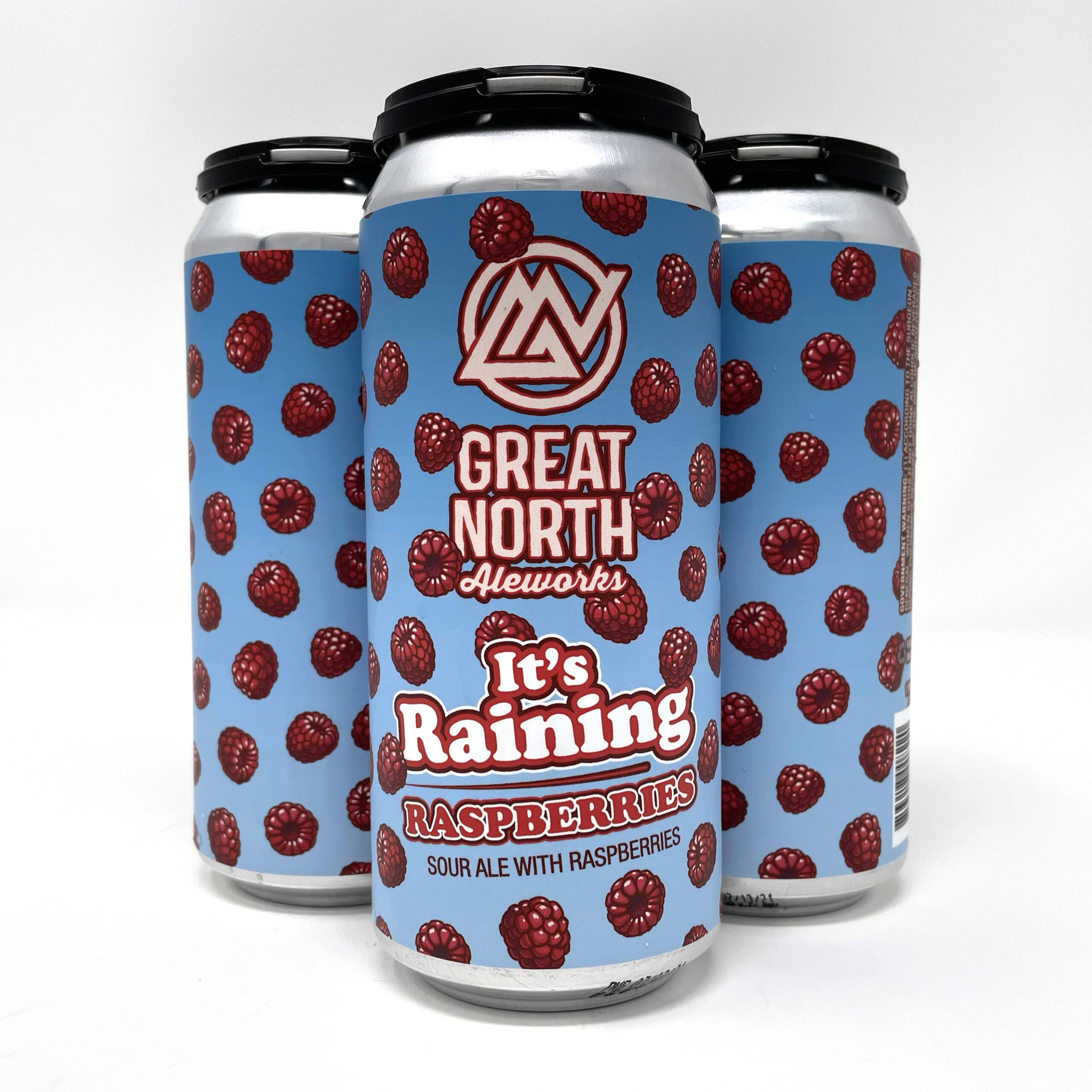 On July 23, they’ll release a new American lager called We’re Gonna Need A Bigger Tank (5 percent). The beer is being released as part of a fundraiser for friend-of-the-brewery Dave Weideman, who suffered a stroke in September which stripped him of basic motor skills and the joys of everyday life, according to the event description.

“From his loud, signature laugh, to his unabashed love of Great North beer, Dave made every day feel like happy hour. Now it’s our chance to return the favor,” the brewers said.

The “beach party” fundraiser will be held at the brewery on July 23 from 7 p.m. to 10 p.m. and tickets are $10. All of the ticket proceeds and a portion of the We’re Gonna Need A Bigger Tank sales will go towards the Weideman Family Fund. 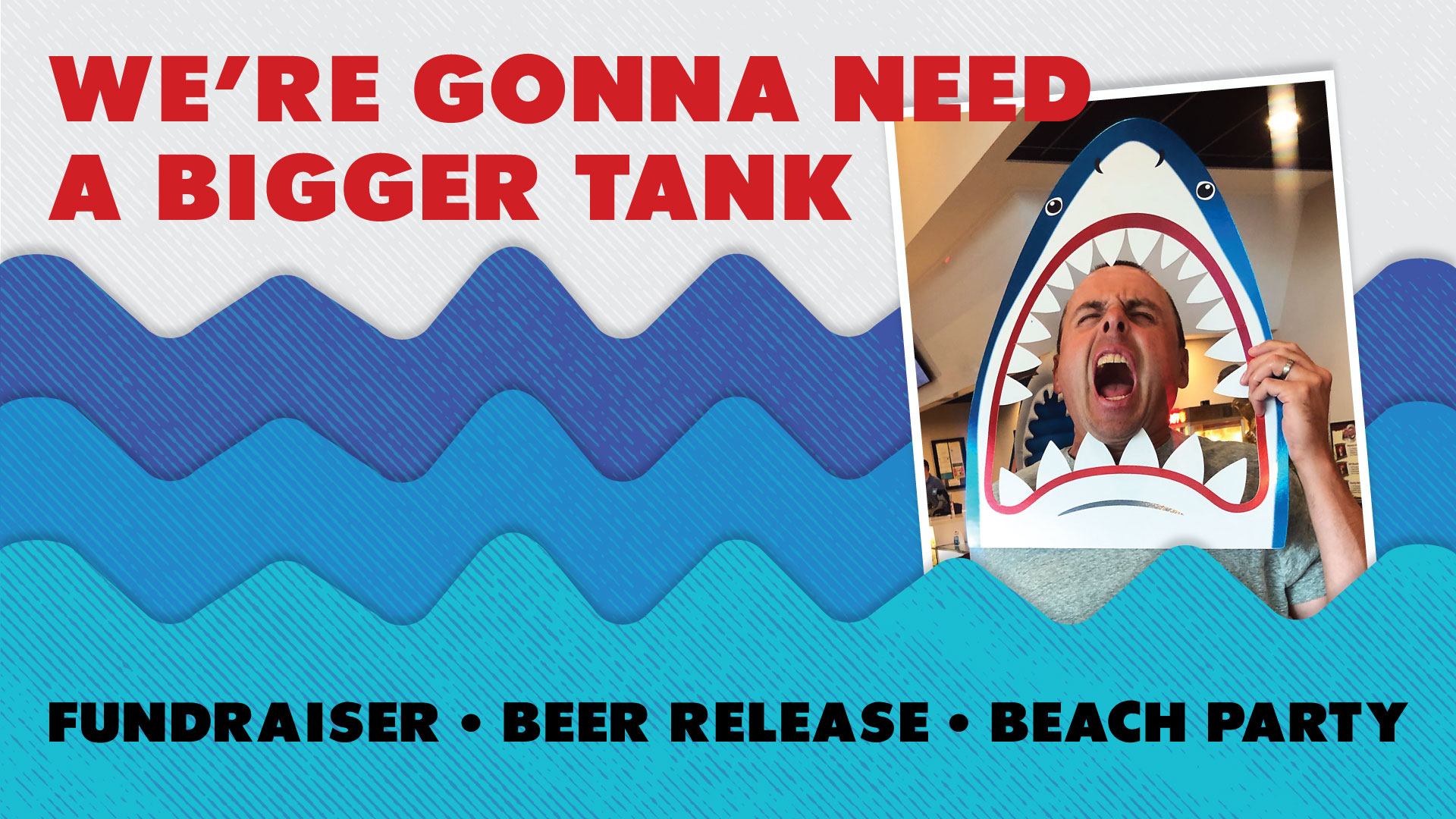 On July 21, Daydreaming Brewing Company in Derry will release Andy the Elder Tap Room Pints (6 percent), a West Coast IPA, commissioned and named by one of the brewery’s crowdfunding supporters, Mike Sirios. It’s described as a call-back to when malty, resinous IPAs dominated the market. It has flavors of pine, fruit, subtle citrus and dank hops.

The next in their Dungeons & Dragons series, Caverns of Jadeshield (9 percent) is out Aug. 12. It’s a whiskey-barrel-aged imperial brown ale and it will be available in cans only. 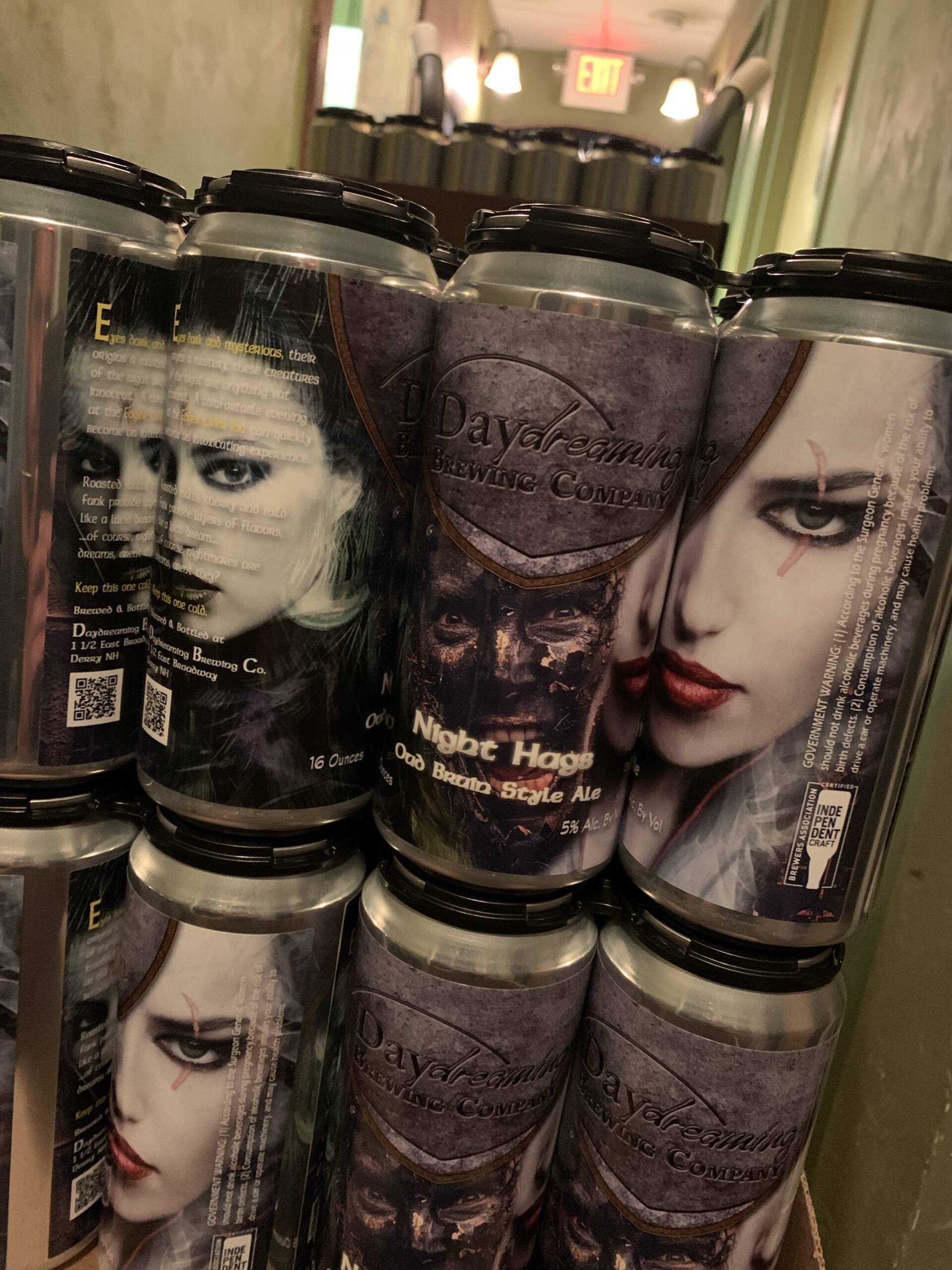 Another in that D&D series is Night Hags (5 percent), an Oud Bruin described as a mixed-culture Flanders-brown-style ale that was fermented and aged in an ex-Doire whiskey barrel for six months before being blended with some freshly soured ale. The result is a beer with layers of complexity and notes of oak, cherry, roast and light tartness.

Also, July 21 will see the re-release of Dan Made Me Do It! (6 percent), a New England IPA made with Citra, Ella and Amarillo hops and lactose that was meant to be a one-off but was too popular to let die. It’s available in cans this time, as well as on tap. 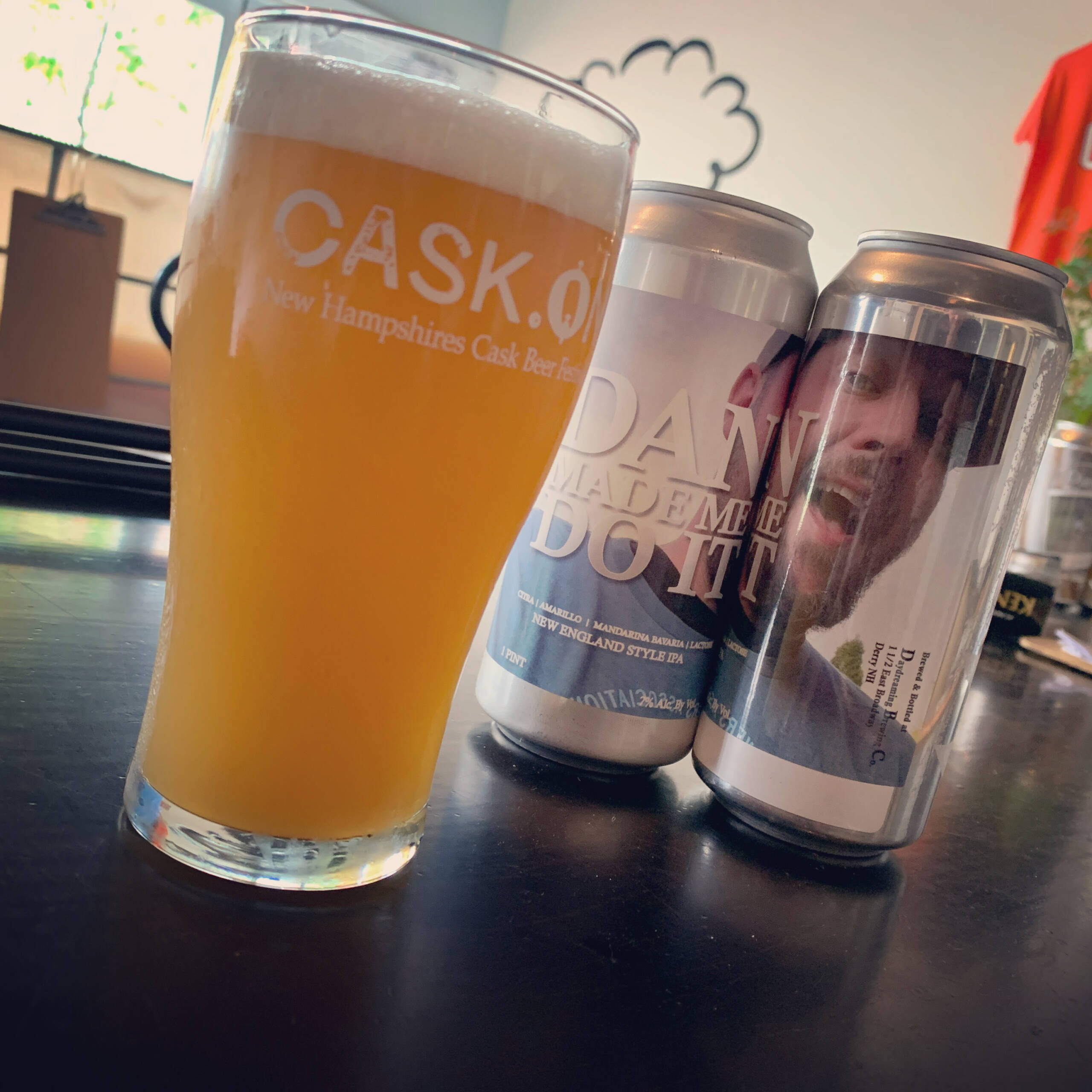 Ground Control (5.1 percent) is back at Lithermans Limited Brewery in Concord on Friday, July 23. This cold brew coffee stout is made with Maris Otter, Chocolate Malt, Roasted Barley, Black Malt, Oats and Crystal 60. It’s then infused with cold brew coffee from True Brew Barista in Concord.

Also out Friday is Throne of Gold (6 percent), their Barbados-punch-inspired sour ale made with passion fruit, tangerines and a hint of nutmeg.

As part of the release, the brewery will be hosting a Dos Amigos pop-up restaurant and live music by Andrew North and the Rangers.

Candia Road Brewing Company in Manchester just released their first-ever Helles (4.7 percent), a Munich-style lager made with about 30 percent Munich malts and a responsible serving of noble hops. The result is a flavor of crisps sweetbread and a floral nose. 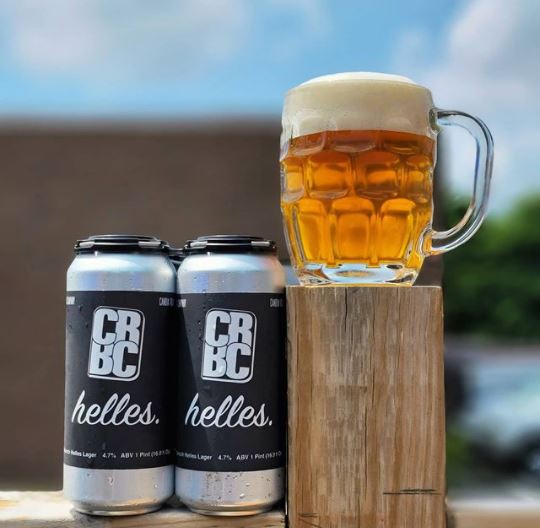 Got Brew News? Send it to ryanmlessard@gmail.com right now, in time for the next edition.