Brewers are getting creative with more local ingredients, lagers are coming back and a couple new Pink Boots brews are entering circulation. 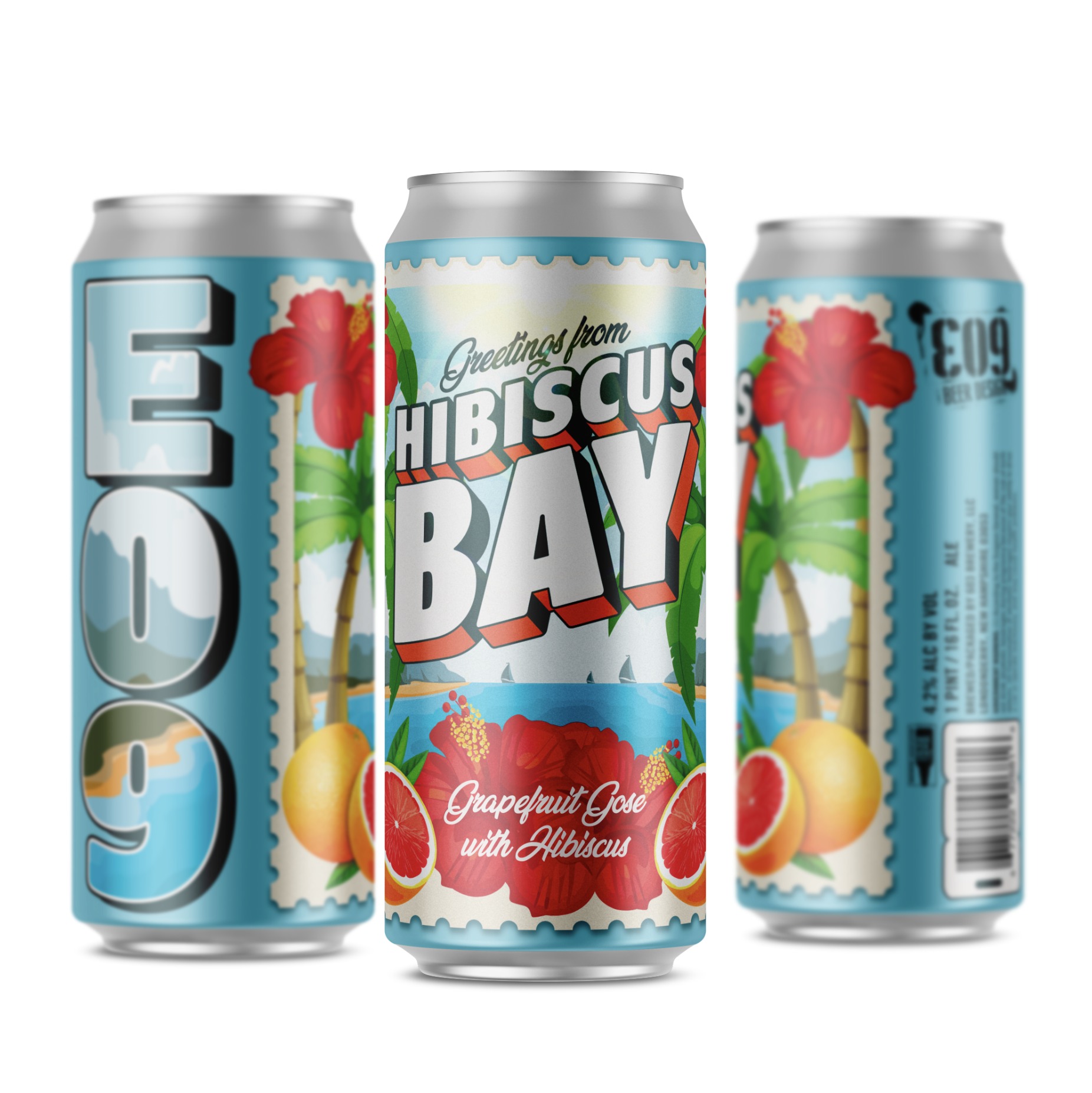 On April 1, 603 Brewery in Londonderry released Beer Hall Lager (4.5 percent), and as the name implies, it is exclusively available in their Beer Hall, both in 12-ounce cans and on draft.

On Friday, April 9, they will be dropping a new experimental beer called E09 Hibiscus Bay (4.2 percent), which is a grapefruit and hibiscus gose. Brewers say it’s bright pink in color with tiny effervescent bubbles and aromas of fresh grapefruit zest, lemon and a hint of pineapple. It’s available in 16-ounce cans and in draft, both at the brewery and in the market.

Pink Boots Society beers are made by women brewers in collaboration with the organization which encourages and supports women in the brewing industry through education.

Ancient Fire Mead and Cider in Manchester is coming out with a couple new meads. The first, Call The Bern Unit (7 percent) will be coming out on April 7. It’s a raspberry blossom mead with Vermont maple syrup and habanero chilies. It will be available on tap or growlers to go.

On April 15, they’ll be re-releasing Fire Pomme (7 percent), a hard cider with honey and cinnamon. It will be on tap and in growlers to go. This one’s a “fan favorite,” according to brewers, but one they didn’t get to brew in 2020.

Here are six beers on tap now at Martha’s Exchange in Nashua. 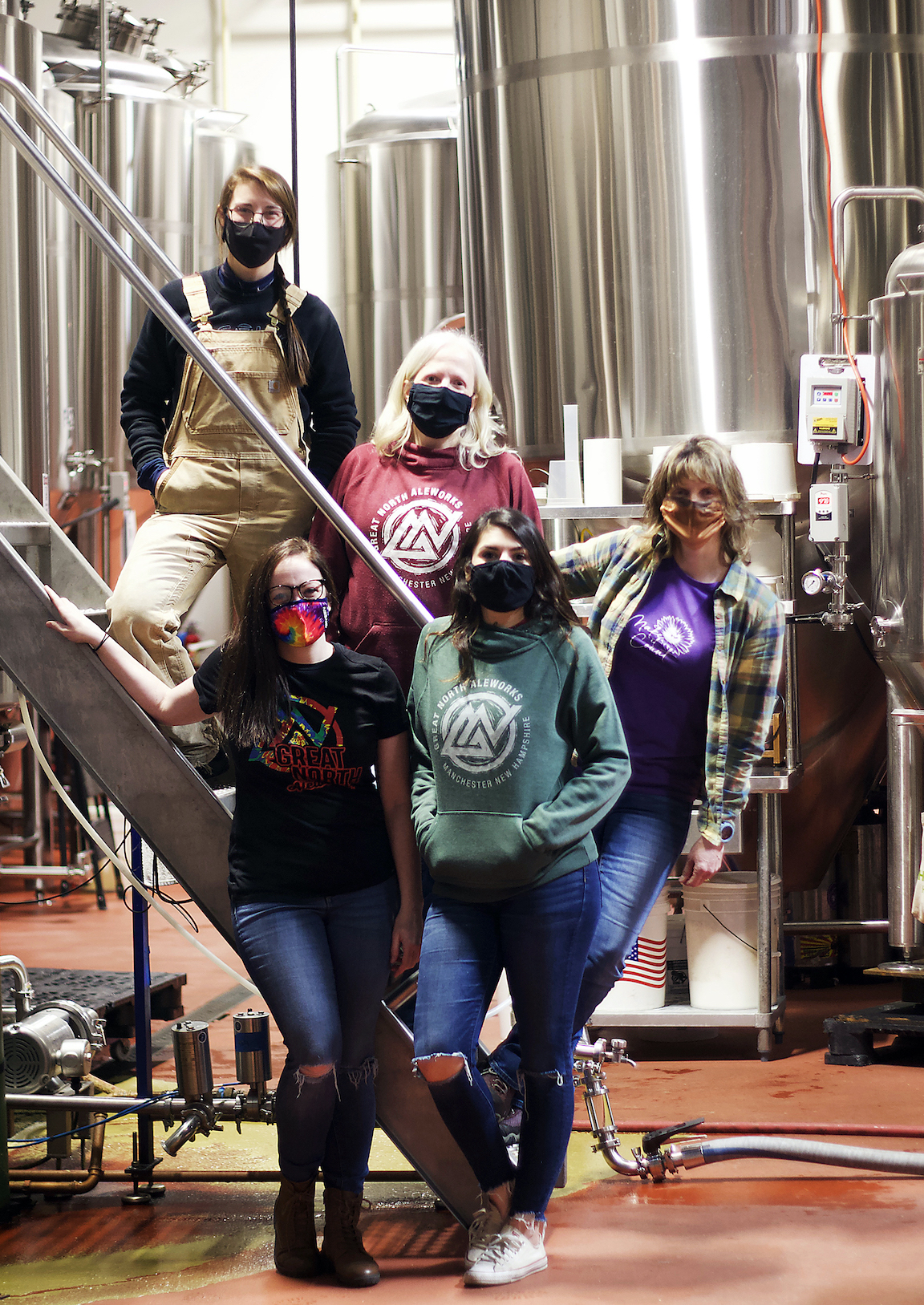 The 15th batch of Hazy Rotation (5.4 percent) is out on April 8 in cans market-wide and on tap in the tasting room. This Hazy Rotation also doubles as the brewery’s 2021 Pink Boots Society brew, made by women brewers with a hop blend arranged by the organization, which includes Cashmere, Ahtanum, Citra, Loral and Sabro hops.

Another beer made by the women of Great North is 1965 Honey Wheat Ale (5.2 percent), which was brewed to commemorate the 2021 International Women’s Day. It will be released on April 9 in the tasting room and paired with a special charcuterie which features assorted meats and cheeses from Angela’s Pasta and Cheese shop in Manchester and blueberry blossom honey from McLure’s Honey in Littleton. That same honey was used in the brew. It will be available on draft or in growlers to go.

On April 10, Great North is releasing Friends of Almighty Brown Ale (6.8 percent), a collaboration with now-closed 7th Settlement Brewery, formerly in Dover. The beer will be available on draft in the tasting room and select restaurants, and in growlers to go.

Moonlight Meadery in Londonderry released CocoNuts 4.0 (14 percent) on March 26. It’s only available at the meadery or through online order. It’s made with orange blossom honey and “lots” of toasted coconuts, resulting in a rich, sweet and coconutty mead. Brewers only made 98 bottles. 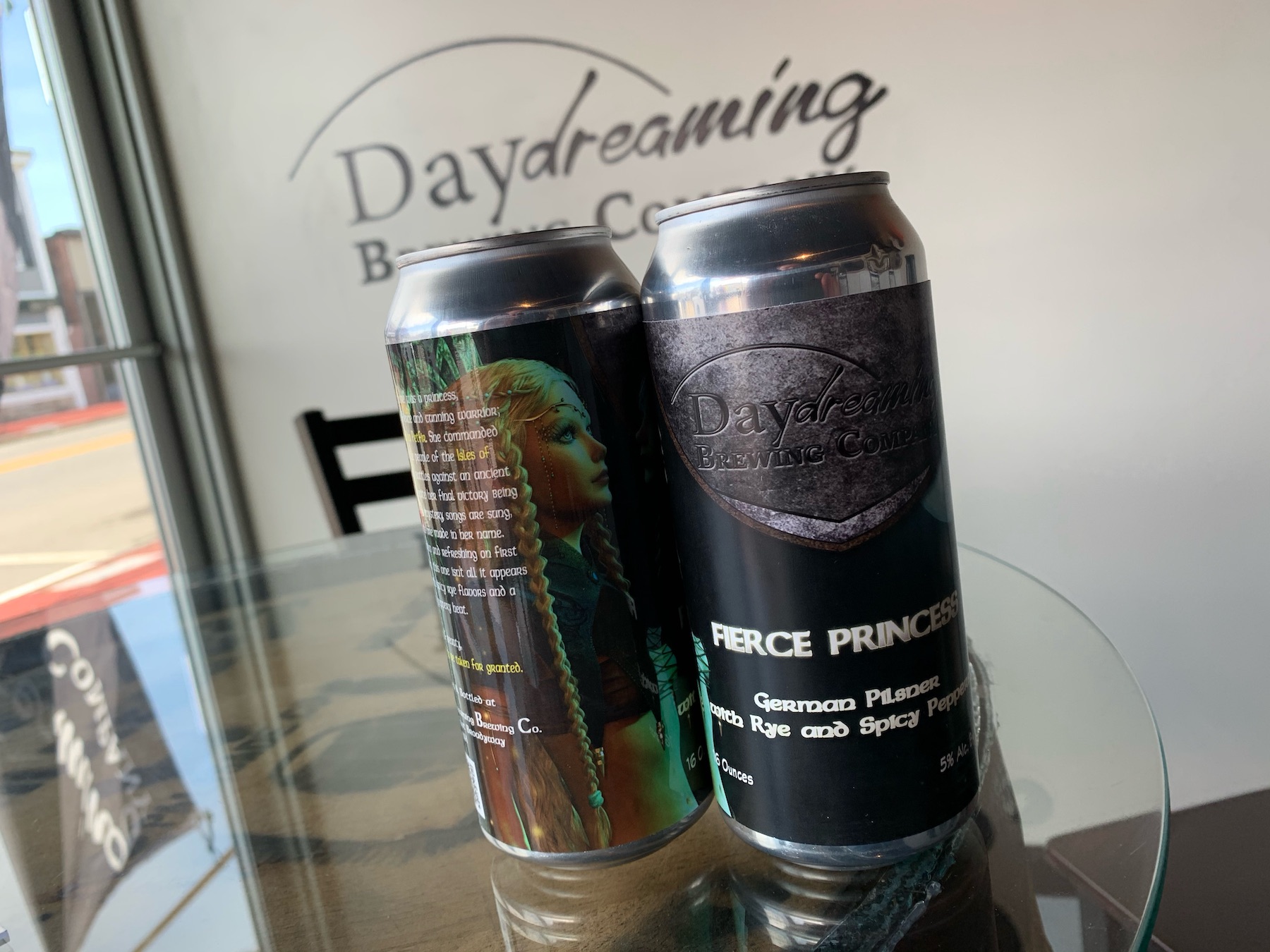 On draft in the Daydreaming Brewing Company taproom in Derry is a new Berliner Weisse called No Apologies (3 percent). Brewers say it has a crisp, tart and bright start with subtle citrus and pineapple notes followed by biscuity malt notes and a dry finish. Other variants of No Apologies will be released subsequently.

Also out is Grover’s Golden Ale (4.2 percent), which is a version of their English golden ale kicked up a notch with added Mandarina Bavaria hops and a bit of dry hopping. The result is a citrus-forward crisp crusher. It will premier first at the XO Bistro on Elm Street in Manchester along with their Ariana Wit (5 percent). It’s named after bartender and beer enthusiast Derick Grover. 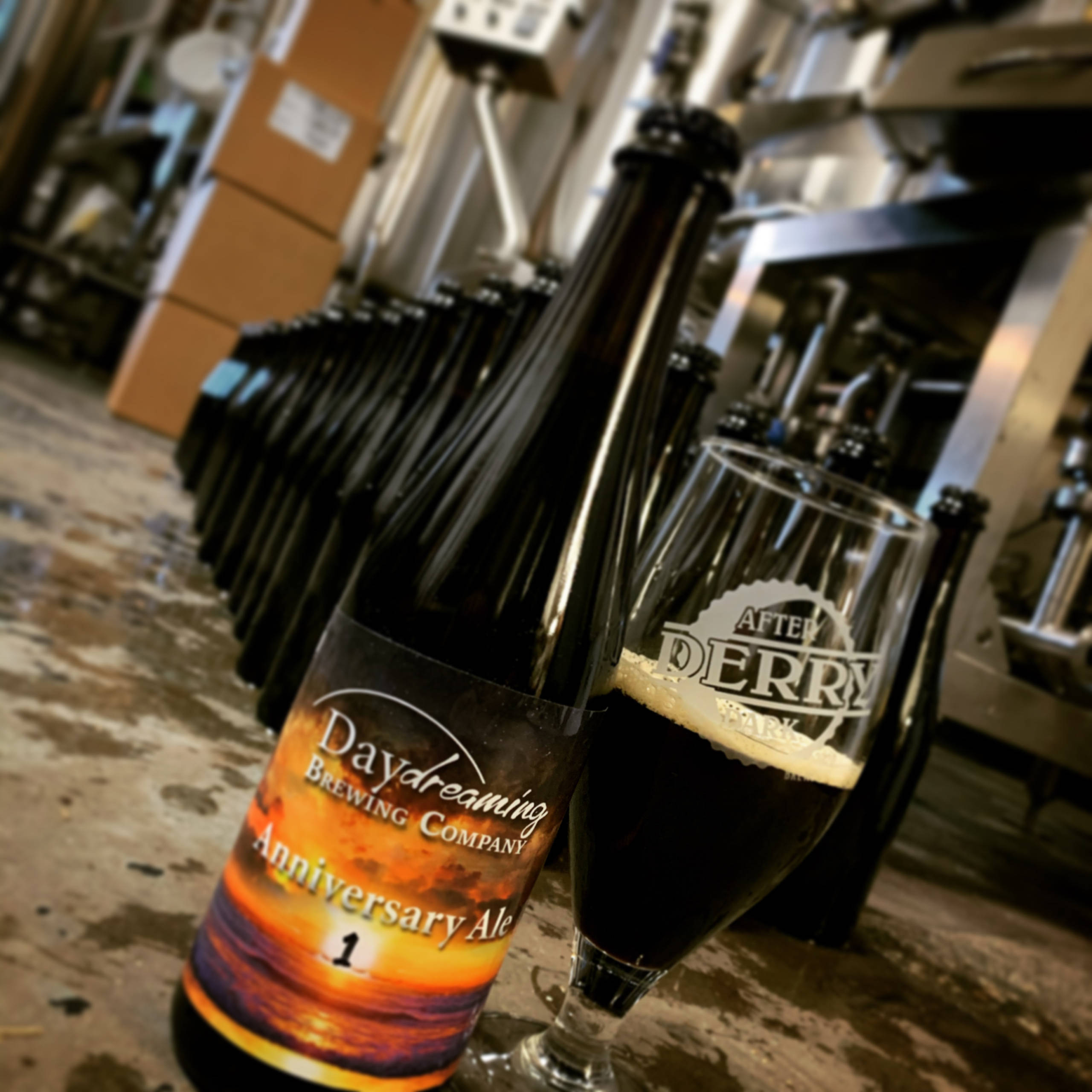 Later this month, Daydreaming will also be kicking off its line of Dungeons & Dragons: Insidious-themed beers with Fierce Princess (5 percent), a German pilsner with rye and spicy peppers.

They will also be celebrating their one-year anniversary with Anniversary Ale (10.8 percent), which is a blend of their English barleywine, Belgian and Russian Imperial Stout aged in a Doire malt whiskey barrel. Brewers say the result is a rich, robust palate ride of chocolate, fruit and roastiness. 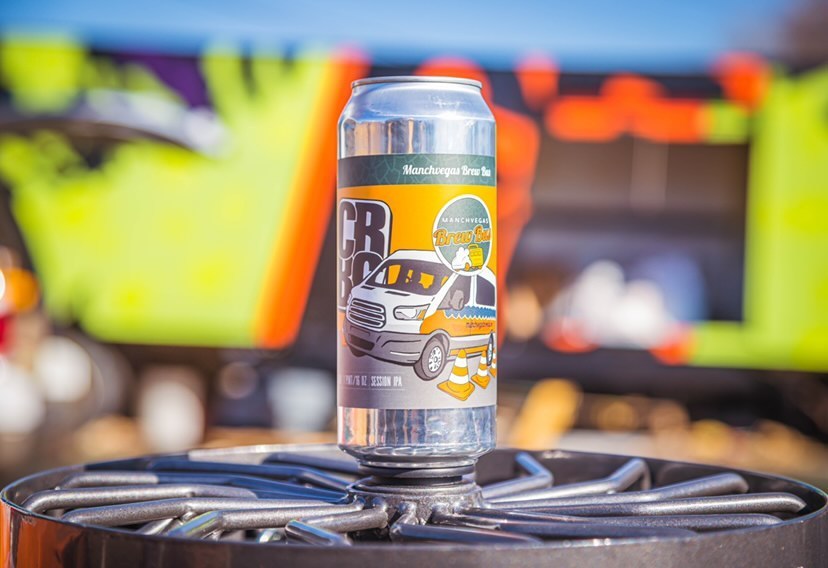 Got Brew News? Send it to Ryan Lessard at ryanmlessard@gmail.com