The pumpkin beers and Oktoberfests have arrived! Also, check out two weekend events, Derry After Dark and Cars & Coffee in Londonderry. 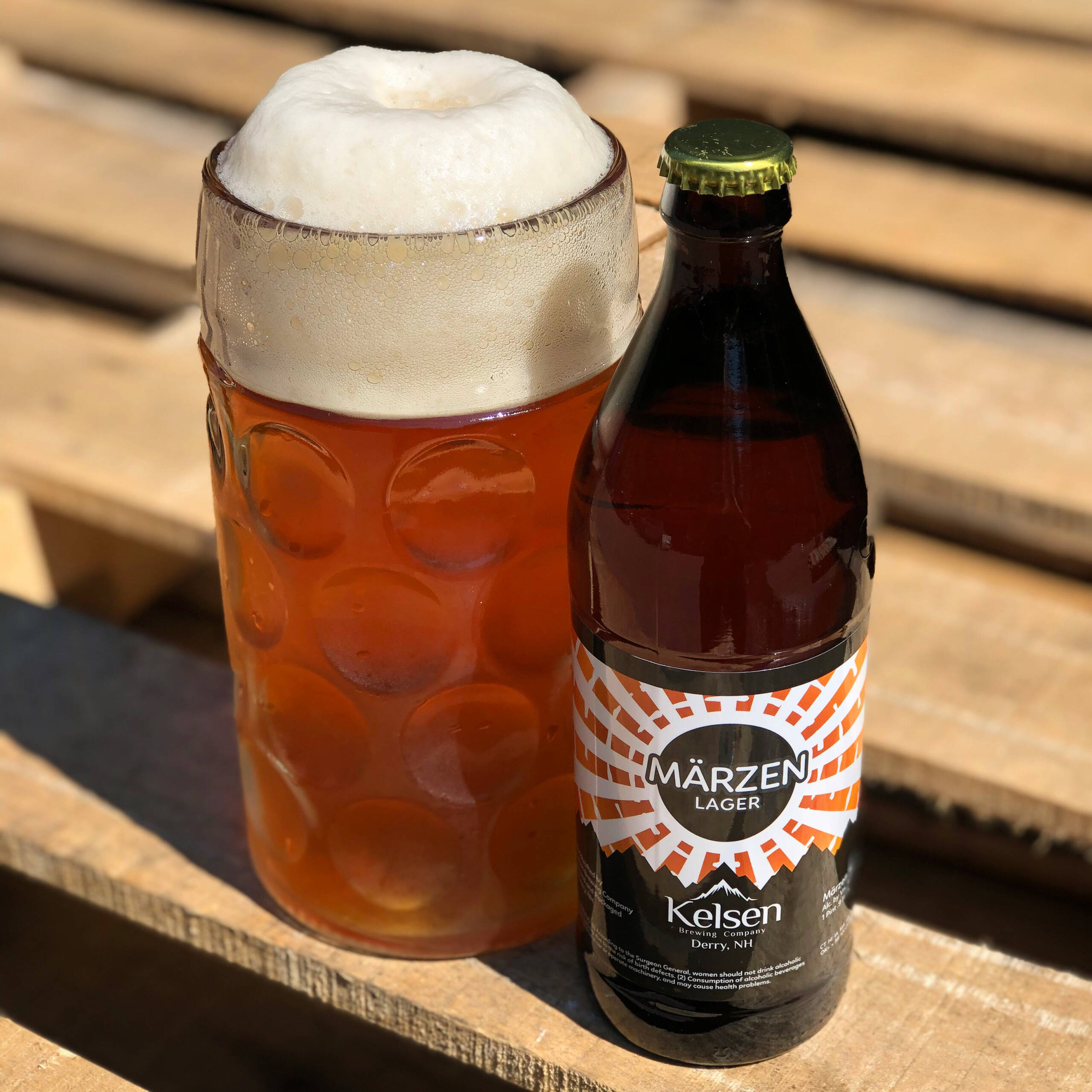 Kelsen Brewing Company in Derry has put its Marzen (5.2 percent) lager back on tap and in bottles. It’s an elegant, malty German lager with an amber color and an off-white head, flavors of toasted bread, caramel and biscuit.

Their Blood Orange Battle Axe IPA (7.2 percent)  is also back on tap (get it while it lasts) with Mango and Coconut variants on deck for when the Blood Orange kicks.

Long Blue Cat Brewing Company in Londonderry re-released their Oktoberfest beer (5.4 percent), which is a marzen-style lager with a smooth malt flavor.

They are also about to release Granite State Lager (4.3 percent), a classic German lager described as crisp and refreshing.

Due to return is Apple Crisp Ale (8.6 percent), a pale ale made with apples from Sunnycrest Farm in Londonderry, which is served with a salted caramel sugar rim at the taproom.

Keep an eye out for the rest of the fall beer lineup, which will include Lot# 30 Porter, Cherry Chocolate Oatmeal Stout, Knolltop Maple Brown Ale and their award-winning London Buzz Honey Ale. All will be out soon in single batches, so they won’t last long.

Among their high-gravity selections, it’s worth checking out Buzzworthy (12 percent), a barrel-aged Russian Imperial Stout; and Thirteen Five (13.5 percent), which Moonlight bills as the world’s rye-barrel-aged cider. 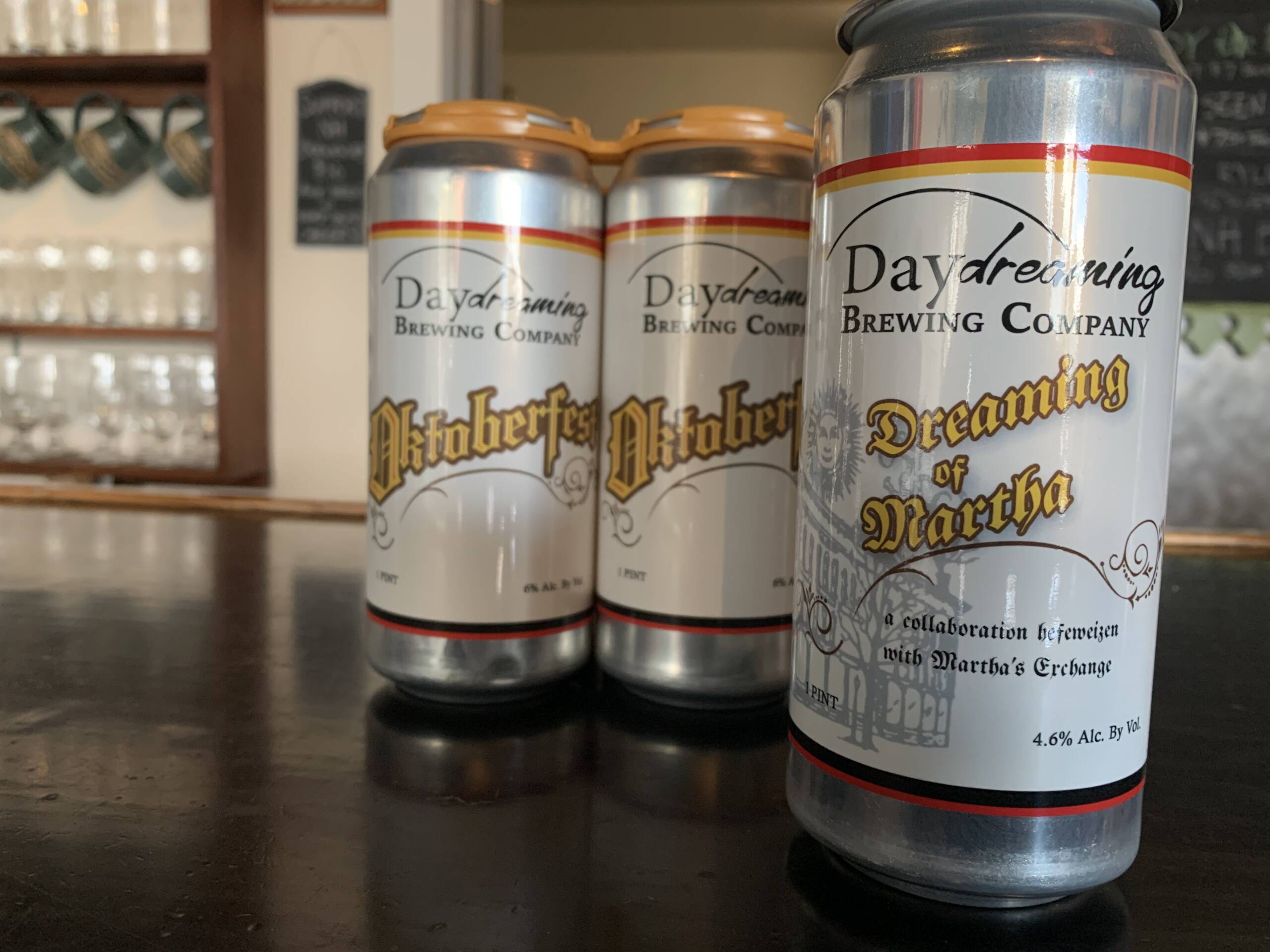 Daydreaming Brewing Company in Derry is gearing up to release a few new beers.

For Oktoberfest, they’re bringing back their Oktoberfest Lager (6 percent), their Dunkelweizen (6 percent) and their version of the Martha’s Exchange Hefeweizen, Kristall Daydream, which they’ve entitled Dreaming of Martha (4.6 percent). Brewer Andy Day said he used the same base recipe but changed the yeast. 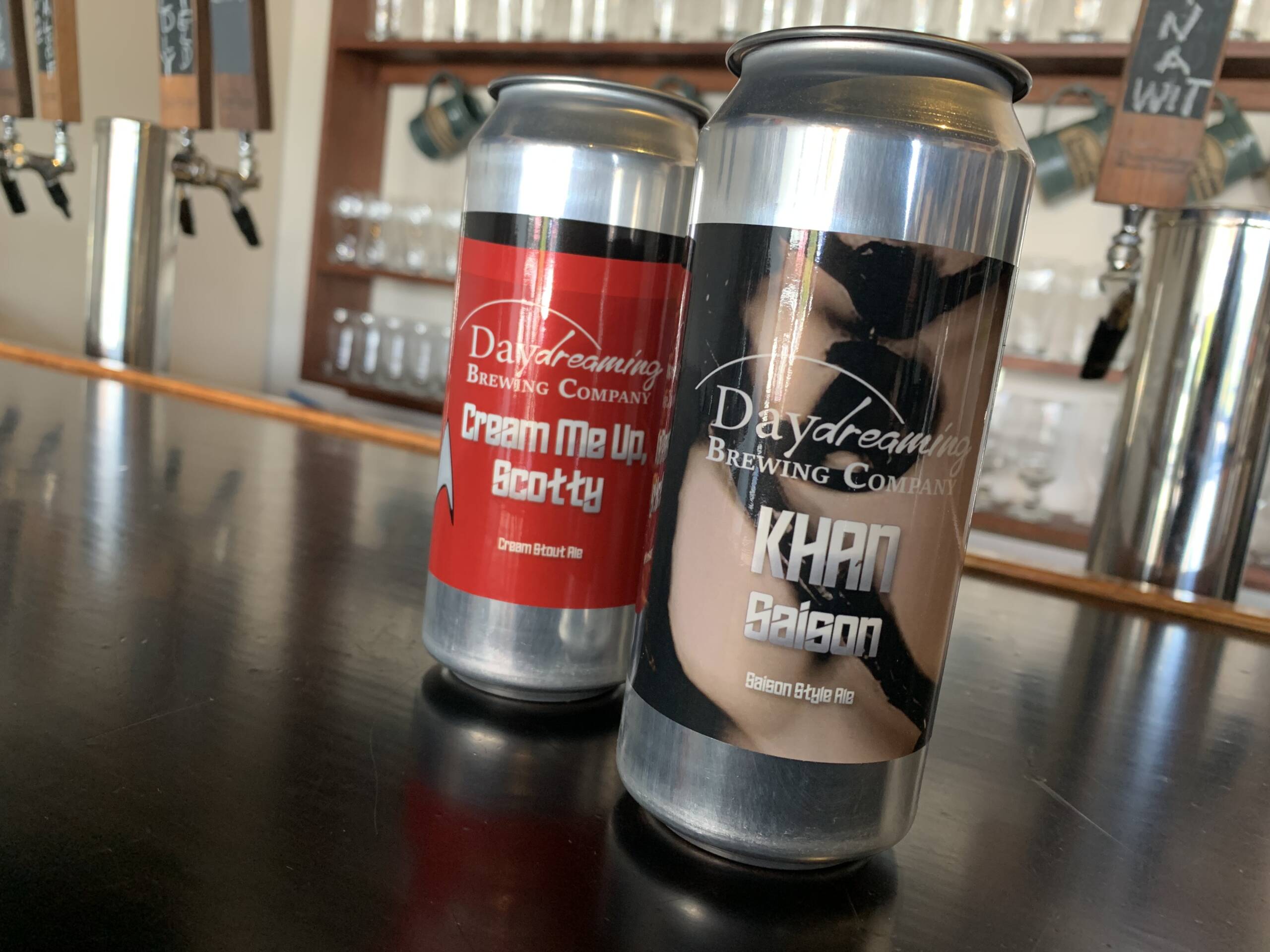 Martha’s Kristall Daydream is a light, clean and crushable beer similar to a Weihenstephaner, whereas Daydreaming’s Dreaming of Martha has the classic banana-clove notes, ruch body and dry finish, according to Day.

In the next two weeks, Daydreaming will be releasing two Star Trek themed brews; with a re-release of Cream Me Up, Scotty! (4.7 percent), a cream stout, and the brewery’s first saison, Khan Saison (6.3 percent).

Keep an eye out for a few other mixed-culture fermentation beers that have been resting in barrels for nearly a year. The plan is to add some fresh fruit to age on it a bit longer in stainless steel before releasing them as one-offs. 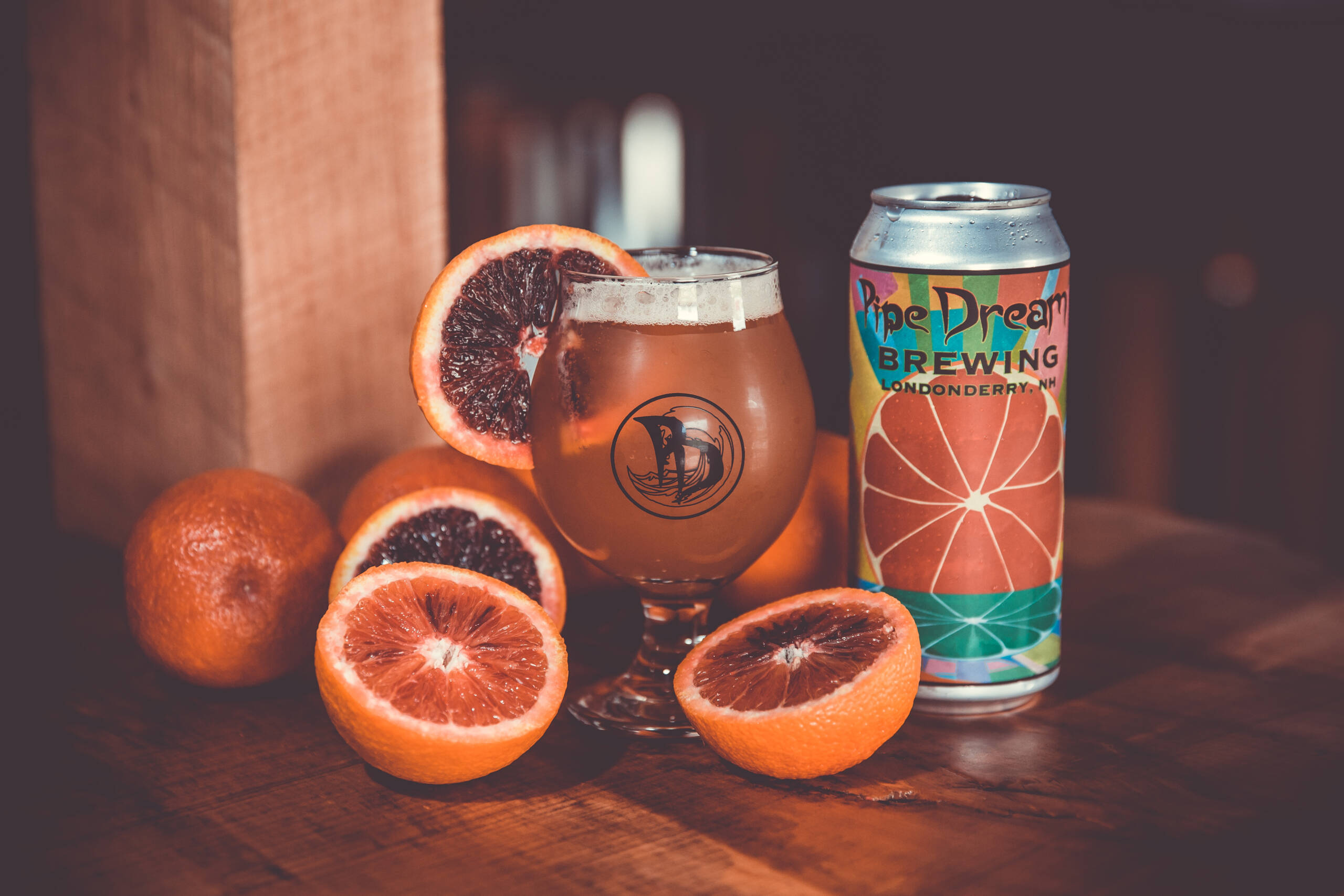 Some big pumpkin beer releases are coming up at Pipe Dream Brewing Company in Londonderry.

First, on Sept. 17, brewers are dropping Pumpkin Ale (6 percent). This seasonal special is brewed with 450 pounds of ripe pumpkin and a special mix of spices to give it a bold, flavorful taste of New England autumn. It will be on tap and in cans. 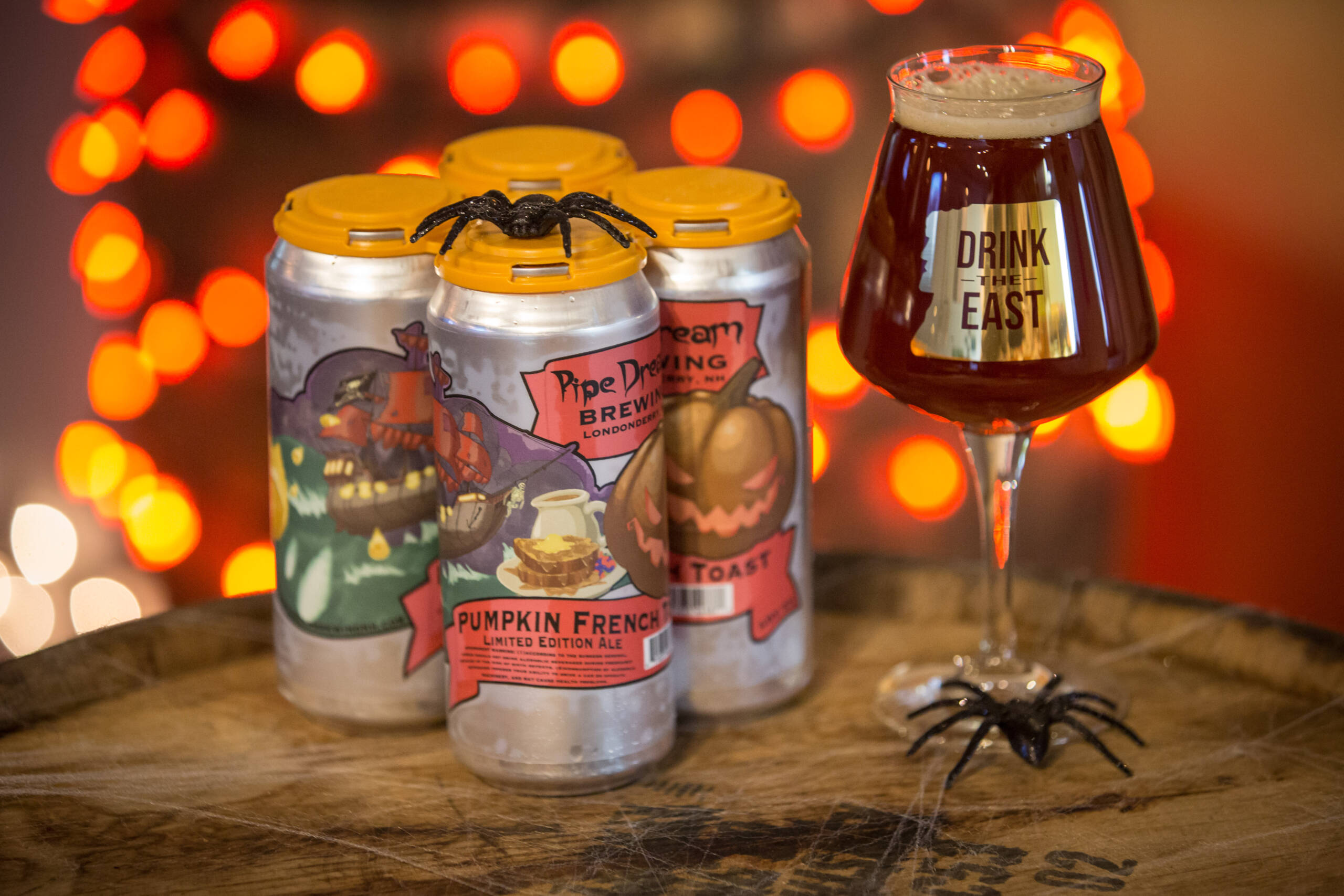 On Sept. 24, they’ll be releasing Pumpkin French Toast Ale (6 percent), which takes the seasonal Pumpkin Ale and infuses it with loads of Cinnamon Toasted Cereal. The result is a lightly sweet, bready pumpkin ale with a maple twist. This will be the only batch for the fall.

On Tuesday, the dropped Blood Orange IPA (6.8 percent), an easy-drinking IPA, dry-hopped with Citra and Amarillo hops and over 400 pounds of fresh blood oranges. It’s available in cans and on tap.

This Saturday (Sept. 18), the popular Derry brewfest Derry After Dark returns after a year off. The festival is part beer celebration, part Derryfest afterparty, and it usually has a who’s-who of Derry in attendance.

Organized by Andy and Alana Day — the owners of Cask & Vine, Daydreaming Brewing Company, Doire Distilling and Meadow Vineyards — the event takes place from 9:30 p.m. to 1 a.m. on a blocked-off Manning Street.

There will be over 60 booths featuring brews from a broad selection of regional breweries and food from area restaurants and food trucks.

Coffee from Oshea’s Caife & Tea will be on hand to offer a delicious selection of coffees, and the brewery will serve food and beer during the car show outside the brewery.