Stouts and porters are returning to tap lines while holiday-themed sours and other beers made with cranberry, cinnamon, fruit cake and graham crackers are ready to enjoy at your favorite neighborhood pub.

Kelsen Brewing Company in Derry just tapped a limited drop of Blood Orange Battle Axe IPA (7.2 percent) about a week ago and very quickly sold out.

Since then, they’ve tapped the last keg of their 2018 Port-Barrel-Aged Vendel Imperial Stout (10.4 percent), made with chili, cinnamon and vanilla.

Able Ebenezer Brewing Company in Merrimack released its Kilgore (6 percent) coffee porter on Dec. 3. It’s made in partnership with A&E Coffee, using their Honduran and Norma Lara coffee with chocolate malts and a light touch of hops. Brewers say it is as light and easy-drinking as a glass of iced coffee. 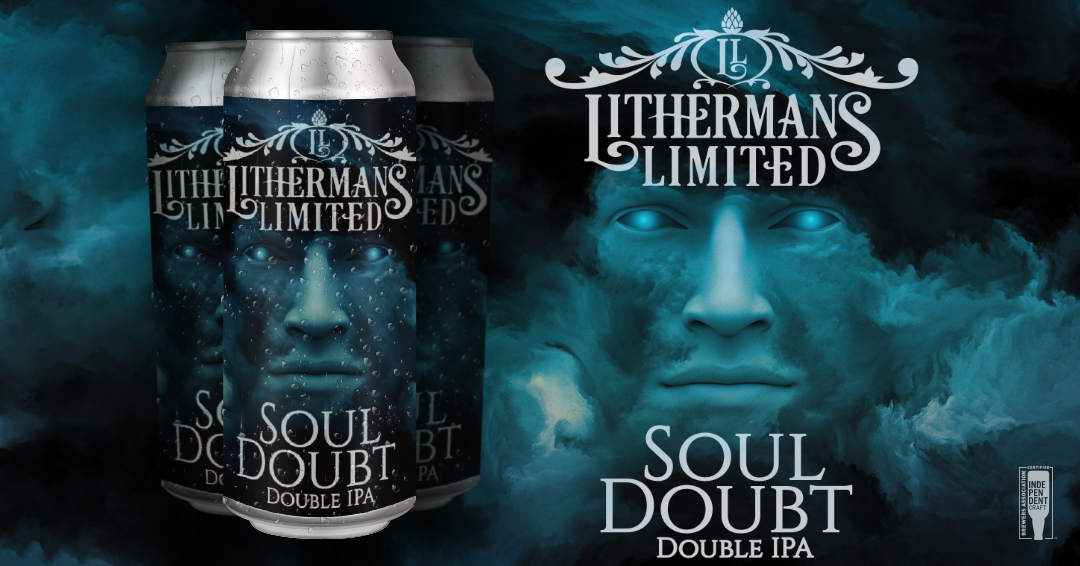 Cosmic Bakers (6.2 percent) is back as of Wednesday Dec. 8 at Lithermans Limited Brewery in Concord. This fruit-cake inspired sour ale is brewed with cherries, pineapple, lemon peel, orange peel and dates.

Also out Wednesday is Soul Doubt (8.4 percent), a double IPA designed to showcase the new technological hop products Lithermans has been using. It features Citra, Amarillo, Meridian and Mosaic hops in the following formats: Cryo Hops, Hop Hash and Incognit, which create a tropical mix of berry, pine and citrus fruitiness.

Kookies (9 percent) is also on tap right now. The Chocolate covered graham cracker stout is a seasonal staple at the Concord brewery only. It’s also available in bottles. 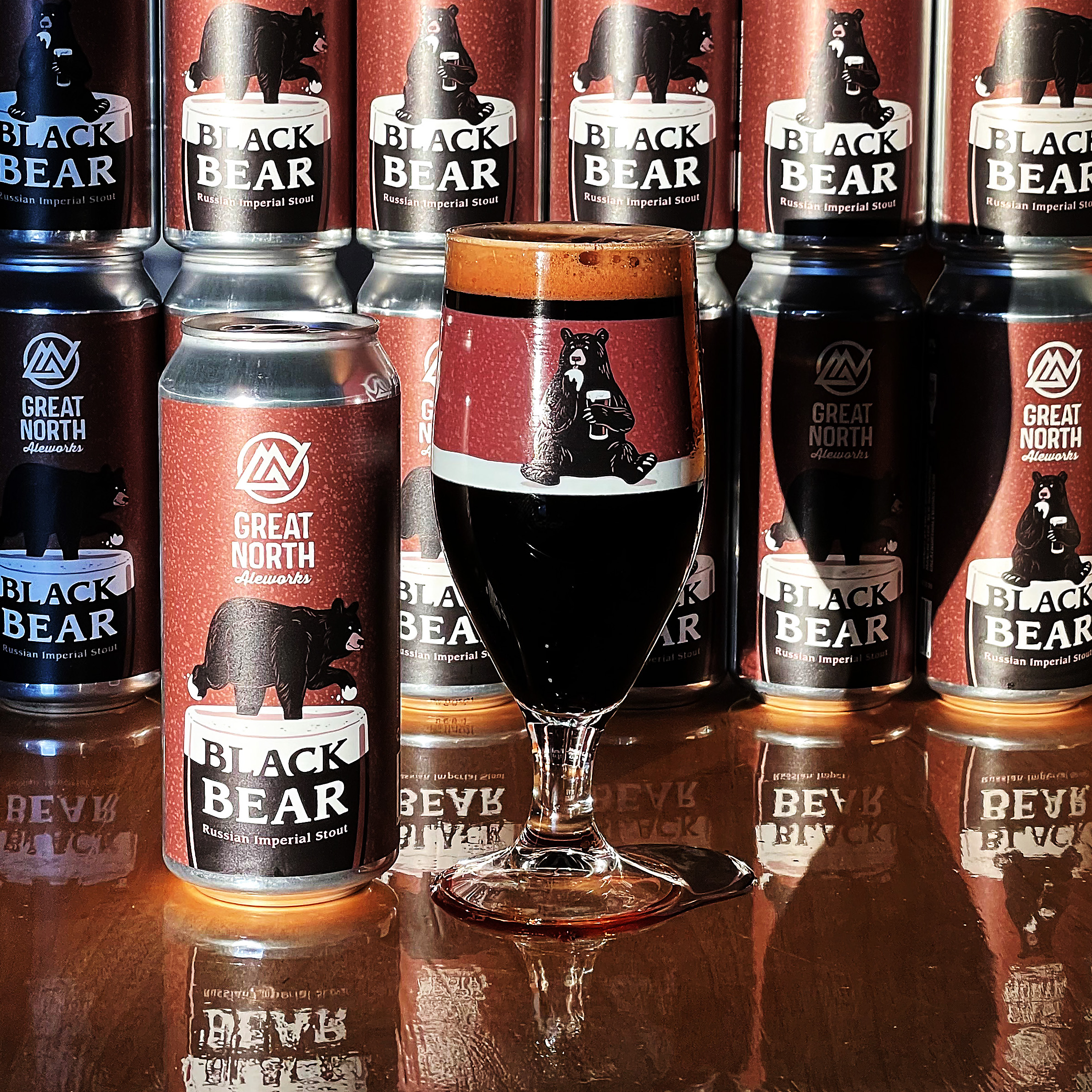 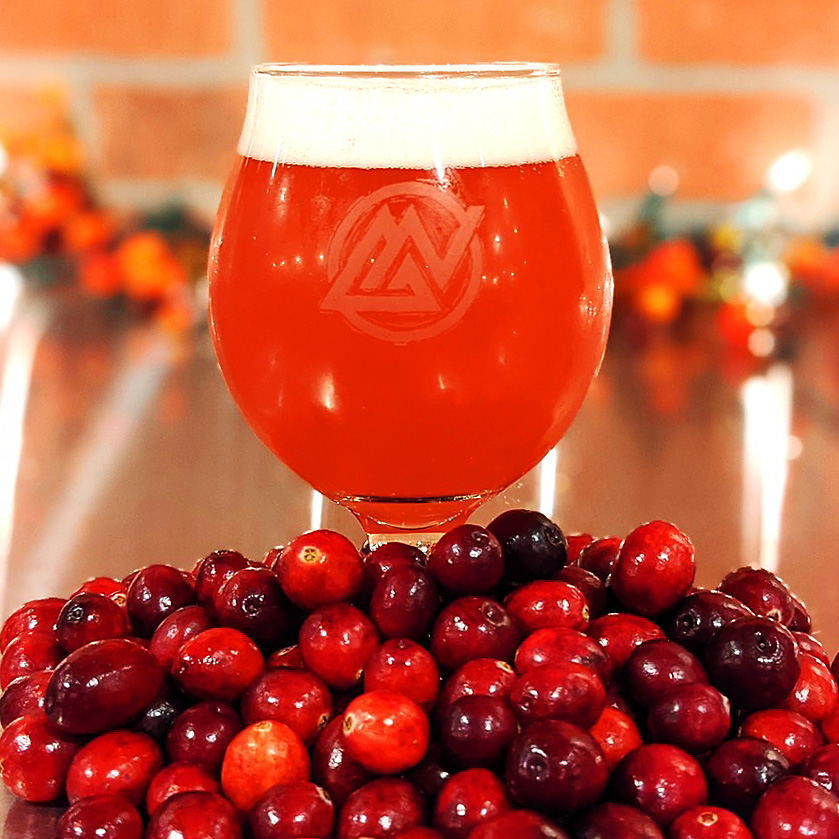 Also check out their Cranberry Wit (5.3 percent), a Belgian Style Wheat Ale made with coriander and orange peel along with an added share of cranberries. It’s described as a lively and refreshing beer with a slight tart finish. It’s only available on draft in the tasting room. Growlers and kegs are also available. 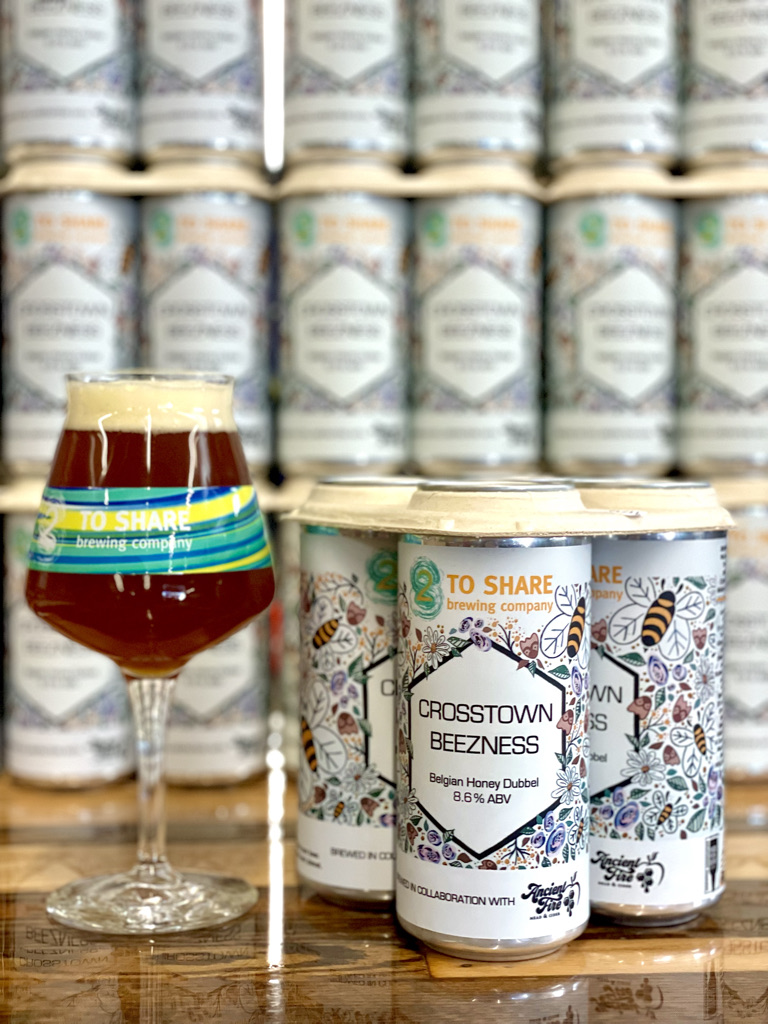 Crosstown Beezness (8.6 percent), a Belgian dubbel, is back by popular demand. It had become an annual collaboration with Ancient Fire Mead & Cider, which is closing its doors for good this year. It is an amber-colored ale brewed with raspberry blossom honey and bee pollen. It has flavors of clove, nutmeg, honey and dark fruits. 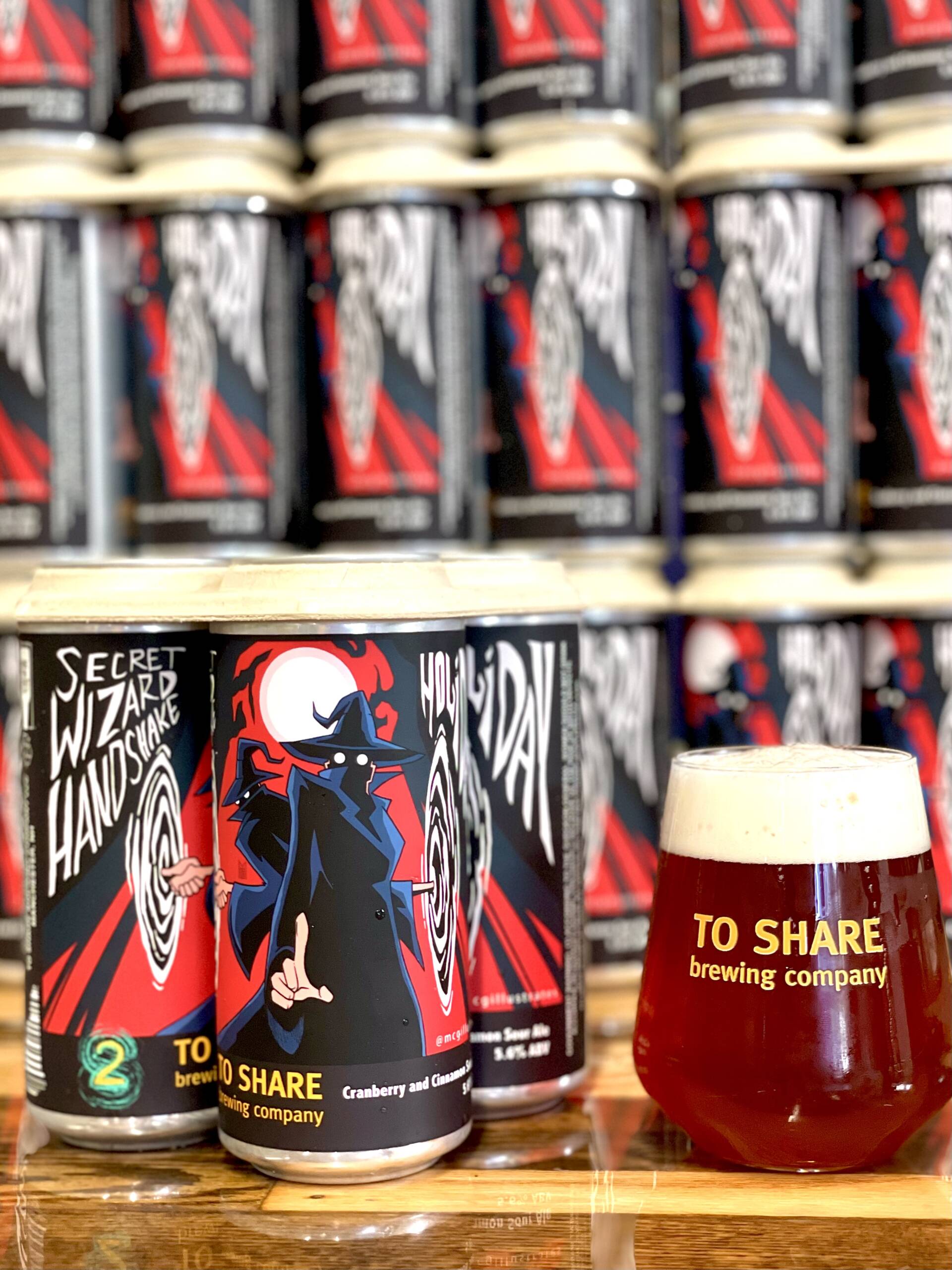 Secret Wizard Handshake Holiday (5.6 percent) is out now, a holiday twist on the rotating Berliner Weisse. This variant is made with 126 pounds of cranberry in the fermenter and cinnamon. Brewers say it’s “quite tart” but finishes with a nice subtle spice. 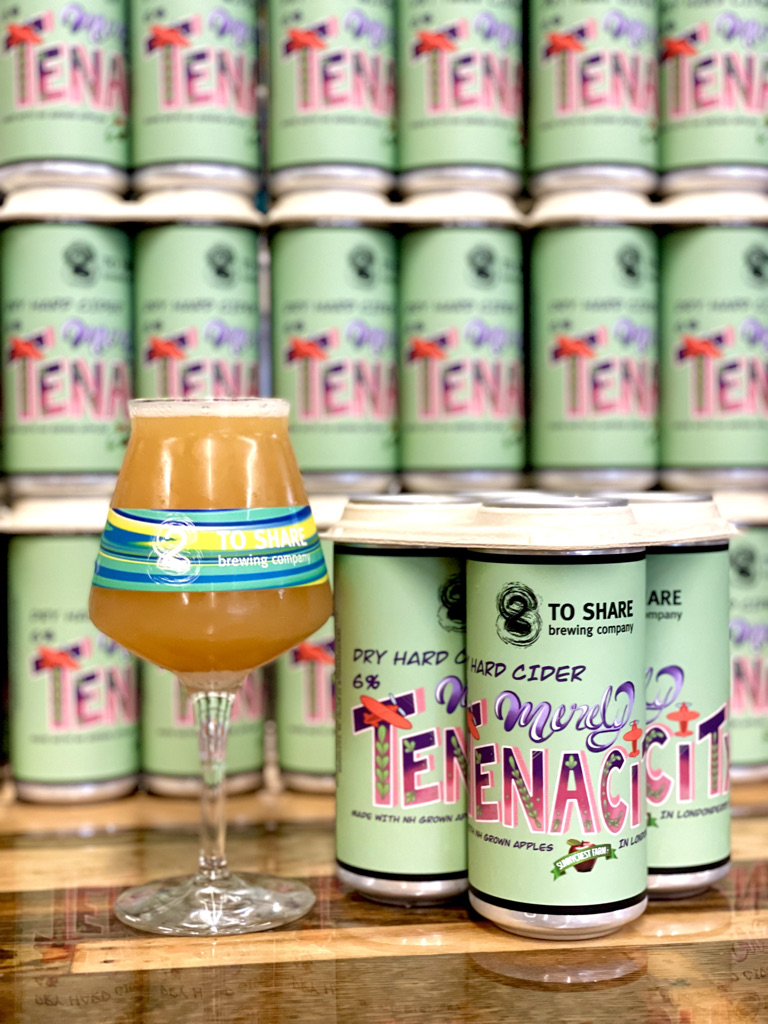 To Share also dropped a new dry hard cider called Merely Tenacity (6 percent). It’s made from the freshest local cider from Sunnycrest Farms in Londonderry and is described as light, crisp and effervescent.

On Nov. 30, Sen. Maggie Hassan recognized Jay Anderson of Sandown, the owner of From the Barrel Brewing Company in Derry as her “Granite Stater of the Month of November” in recognition of his work to raise money for a COVID-19 relief fund.

Along with Mark Hagopian of Auburn, Anderson created a new IPA called “Brain Fog” and the proceeds from its sale raised money for the NH COVID-19 Family Relief Fund. Hagopian had personally recovered from being hospitalized with the virus at Elliot Hospital in Manchester in March 2020 and approached his friend Anderson about the idea to help families deal with the cost of health care copays, rehabilitation, groceries and other financial burdens.

The project was successful and they sold out of all cases of the beer.

Hassan’s office started the Granite Stater of the Month in 2017. If you would like to nominate someone, you can fill out an online form here.