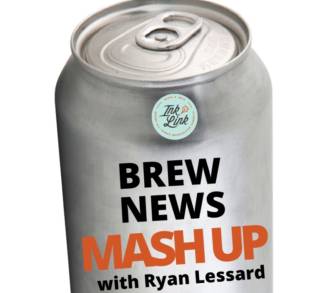 Fall beers are coming out as local breweries are releasing their Oktoberfests, pumpkin ales and stouts. Also be on the lookout for collaboration beers and outdoor fire pits. 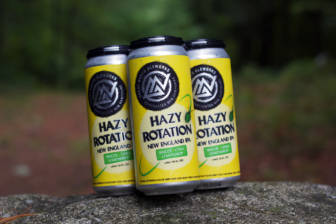 At Great North Aleworks in Manchester, brewers released their eleventh batch of Hazy Rotation (6.6 percent), their rotating New England IPA. This one features Simcoe, Citra and Lemondrop hops, aromas of mango, lime zest and a hint of fresh pine.

Able Ebenezer Brewing Company in Merrimack recently came out with their eighth iteration of Ingenuity (6.7 percent), their rotating New England IPA. It is already sold out.

And Friday (Aug. 28) they released their first in a series of collaboration beers under the label “Team of Rivals,” based on the book of the same name by Doris Kearns Goodwin about the Lincoln administration.

The first beer is called Team of Rivals: Ancient Fire (5 percent), made in collaboration with Ancient Fire Mead & Cider in Manchester. It is a honey blond ale made with Mexican orange blossom honey.

The pale ale is so named as a tongue-in-cheek nod to the recent engagement of co-owners and longtime partners Andy Day and Alana Wentworth. They set a wedding date for next summer.

At Last has already sold out, and Day said they are now making a double dry-hopped version slated for release in two weeks.

Day said he is also working on an Oktoberfest-style lager slated for a September release, and most offerings will be available in 16.9-ounce bottles.

Long Blue Cat Brewing Company in Londonderry has a new session IPA called Q Session (3.9 percent), which was made in collaboration with New England Pit Masters. It’s a slightly hoppy IPA, which is light and crushable. It’s the first product to be available through distribution in 12-ounce cans, and will be offered in six-packs.

The brewery also has a new Coconut Porter (ABV unknown), to be released soon. It was aged for six months, with multiple staged additions of toasted coconut throughout the aging process.

It will not be canned and only available at the tasting room.

Co-owner Jason Knight said they plan to announce the return of indoor seating at the brewery sometime in September, and will be opening an outdoor firepit area soon.

Ancient Fire Mead & Cider in Manchester released Blue & Black (7 percent) on Thursday (Aug. 27), which is their newest draft style mead made with Hawaiian coffee blossom honey, a heap of local blueberries and a little bit of black currant. 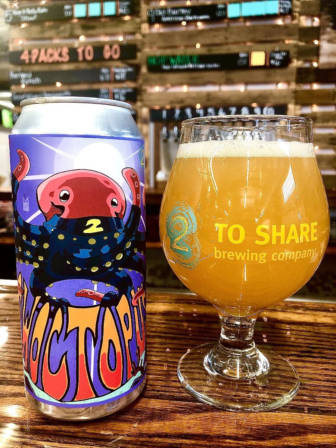 On Sept. 3, the meadery is releasing Wooderson’s Lemonade (7 percent), in celebration of the waning days of summer. It’s a draft style mead made with local strawberries. 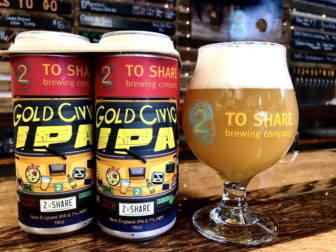 The same day, it will also release Making Sunny Days (7 percent) and Fuzzier Still (7 percent), which are both semi-sweet meads made with Mexican orange blossom honey. Fuzzier Still is flavored with peach. They are returning varieties, but will be bottled for the first time and sold at local bottle shops and restaurants.

They also released Swoctopus (8 percent), a double dry-hopped double IPA made with a “metric crap ton” of Citra and Idaho 7 hops. It will be available in 16-ounce four-packs and on tap at the tasting room. 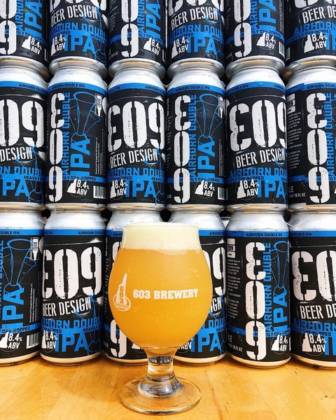 603 Brewery in Londonderry released Hop Obsession (5.4 percent)  on Tuesday (Aug. 25) at the beer hall and retail stores. It’s described as a tropically hopped IPA bursting with notes of berry, mango and citrus. It’s made with Mosaic, Azacca and Ella hops and is packaged in 16-ounce cans. Availability is expected to last through November.

Next, the brewery is slated to release an experimental double IPA under its E09 label called Airhorn DIPA (8.4 percent), on Sept. 4. It’s a heavily dry-hopped New England IPA made with Azzecca and Mosaic hops. It will be released through the brewery and retail, but availability will be limited. 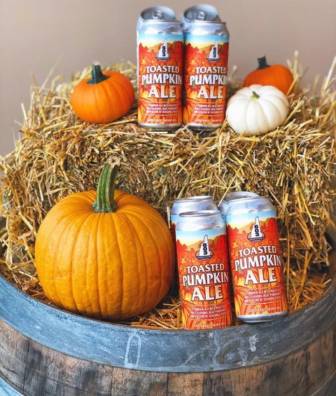 On Sept. 9, the brewery is also dropping a limited-release E09 Session Stout (4.9 percent), which will only be available at the brewery. Made with Warrior hops, the stout is described as having notes of dark chocolate, a “nuanced” roasted character and silky-smooth caramel malts.

And it won’t be officially Fall until 603 comes out with its Toasted Pumpkin (8.2 percent), a pumpkin ale brewed with 100 percent pumpkin and infused with bourbon-soaked Madagascar vanilla bean and spices. It’s made with Cascade and Warrior hops. Release is limited but will be distributed for retail. 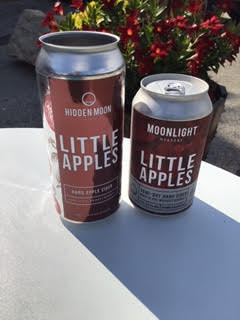 Moonlight Meadery in Londonderry has released a number of new meads, including Innuendo (14 percent), a peach and raspberry mead that’s described as a “perfect sweet summer blend.”

It also released All the Dark Fruit! (14 percent), a mead made with raspberry, blackberry, blueberry, cherry and black currant.

Both are available in 375 ml bottles.

Under its Hidden Moon label, they released their hard cider Little Apples (6.5 percent) on Friday (Aug. 28). This year, it’s available in bigger 16-ounce cans and barrel-aged.

Got Brew News? Send it to ryanlessard@gmail.com