As we head into this Independence Day weekend, enjoy an extra-long run-down of local brews available across southern New Hampshire. 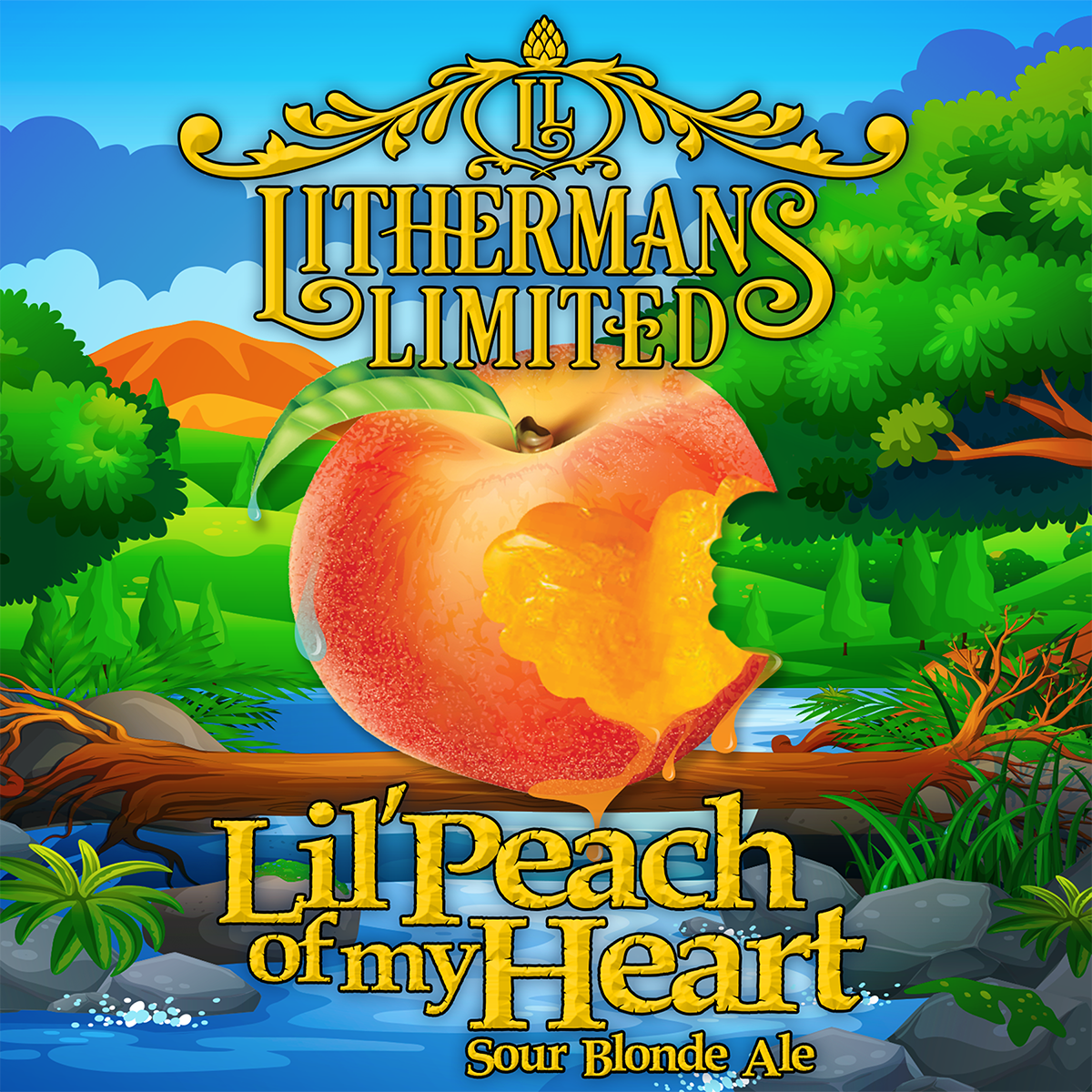 Lithermans Limited Brewery in Concord brought back Lil Peach of My Heart Sour Ale (6 percent), a peach-based sour brewed with “an enormous amount” of peaches. It’s described as refreshingly tart.

It’s available in cans and on draft throughout New Hampshire. 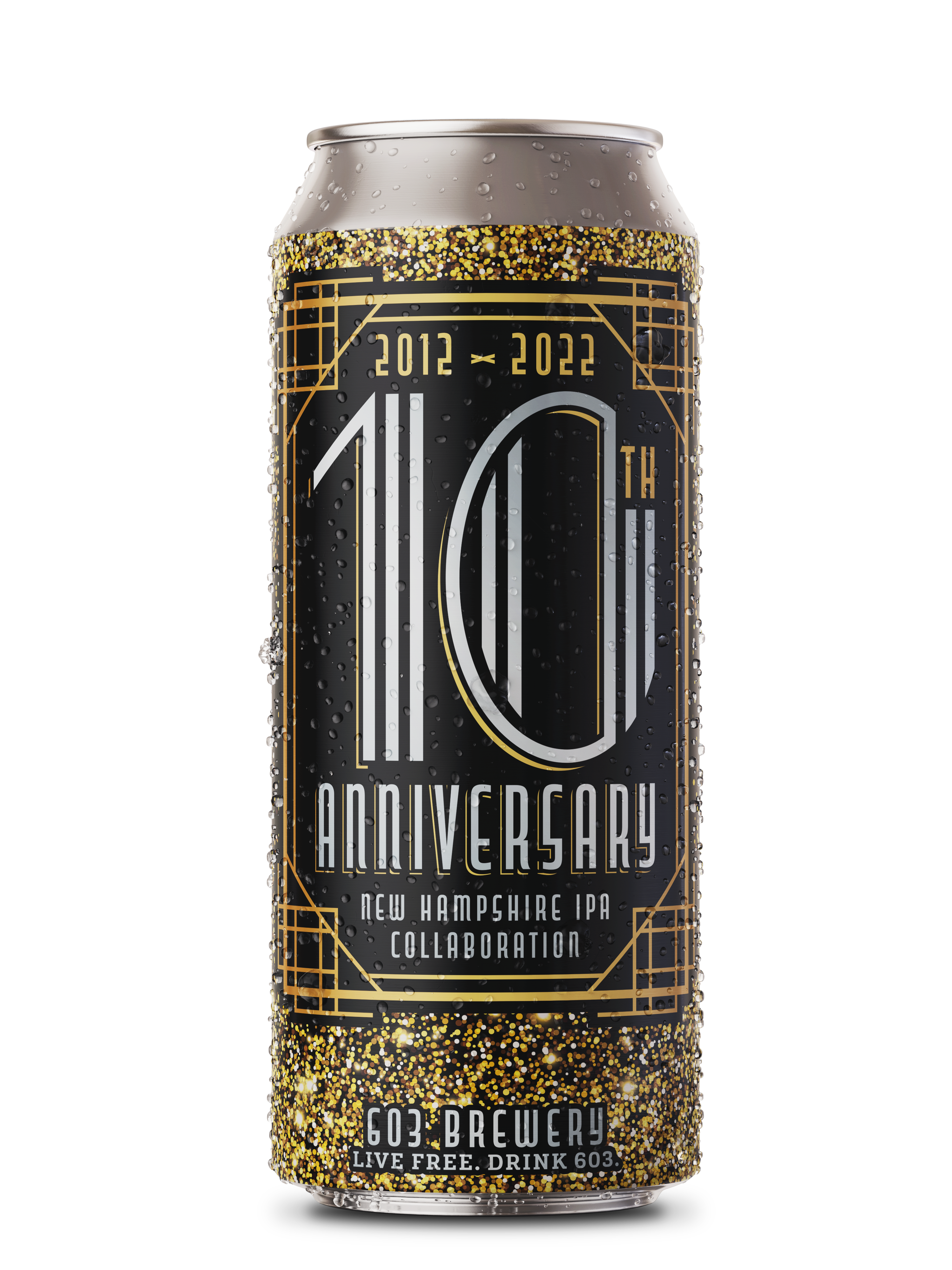 On June 4, 603 Brewery in Londonderry celebrated its 10th anniversary. Brewers from 14 different New Hampshire breweries collaborated with the 603 crew to make their 10th Anniversary IPA (6.03 percent), which is brewed with Strata, Simcoe, Centennial and Pacific Sunrise hops.

They also released a Cuvee (12.9 percent), which is a blend of some of their favorite barrel-aged beers, on June 3. The blend includes Cuvee De 603, The Mitz Imperial Stout, 603 Barleywine, all finished in Merlot barrels. They’re sold in 16.9-ounce bottles. Supply is extremely limited. 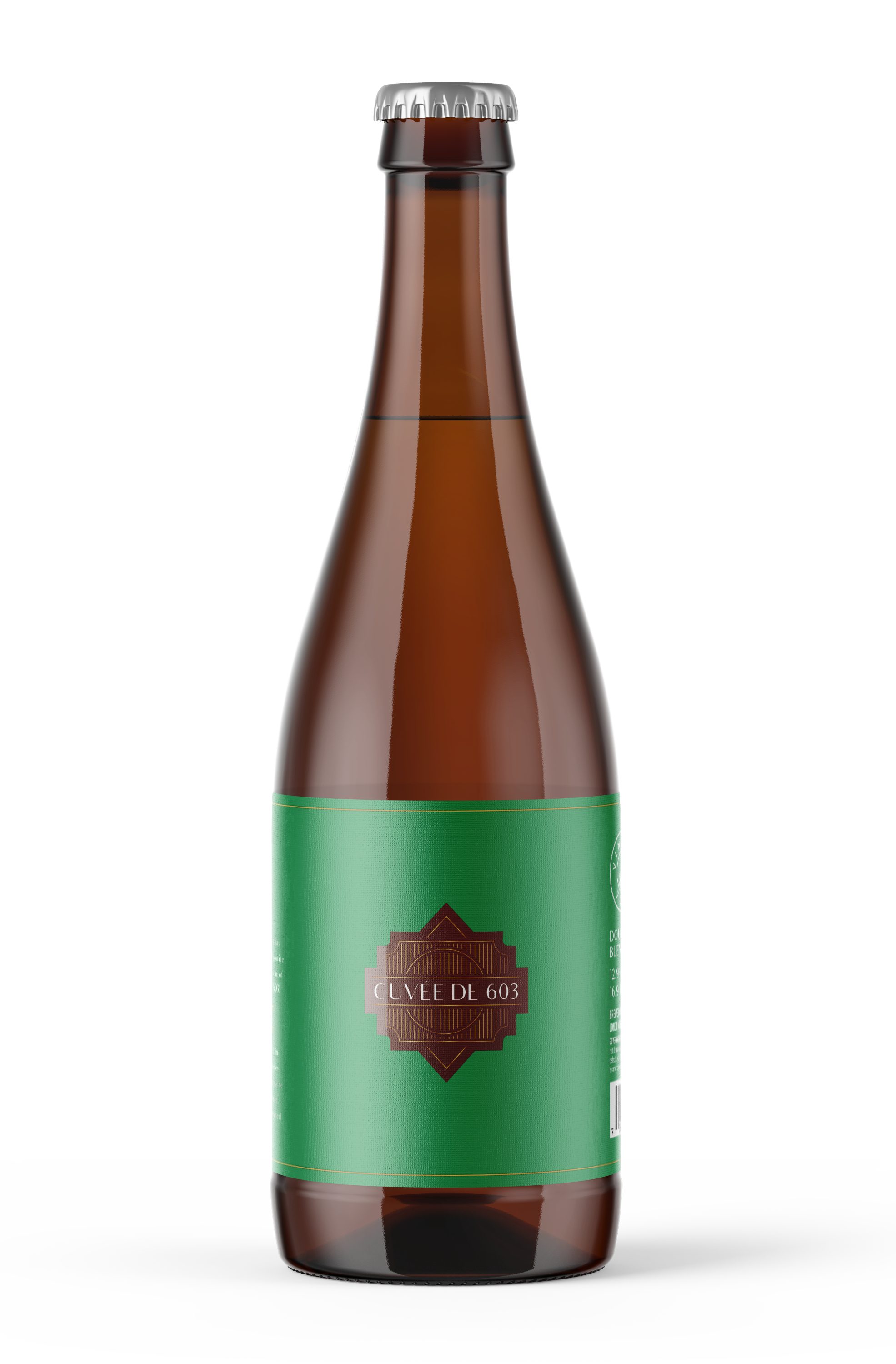 Also out in late May was E09 Lono Nitro Sour (9 percent), a tiki-inspired sour ale with notes of grilled pineapple, fresh-squeezed orange, toasted coconut and a hint of meyer lemon.

On June 3, Rockingham Brewing Company in Derry came out with a brand new beer called Four Generals (6.5 percent). This copper IPA was brewed to commemorate the Town of Nottingham’s 300th anniversary. It’s named in honor of the four generals who served and lived at Nottingham Square during the War of Independence; Joseph Cilley, Henry Dearborn, Henry Butler and Thomas Bartlett.

During the release party the brewery hosted a troop of Revolutionary War reenactors, and a food truck was on hand. 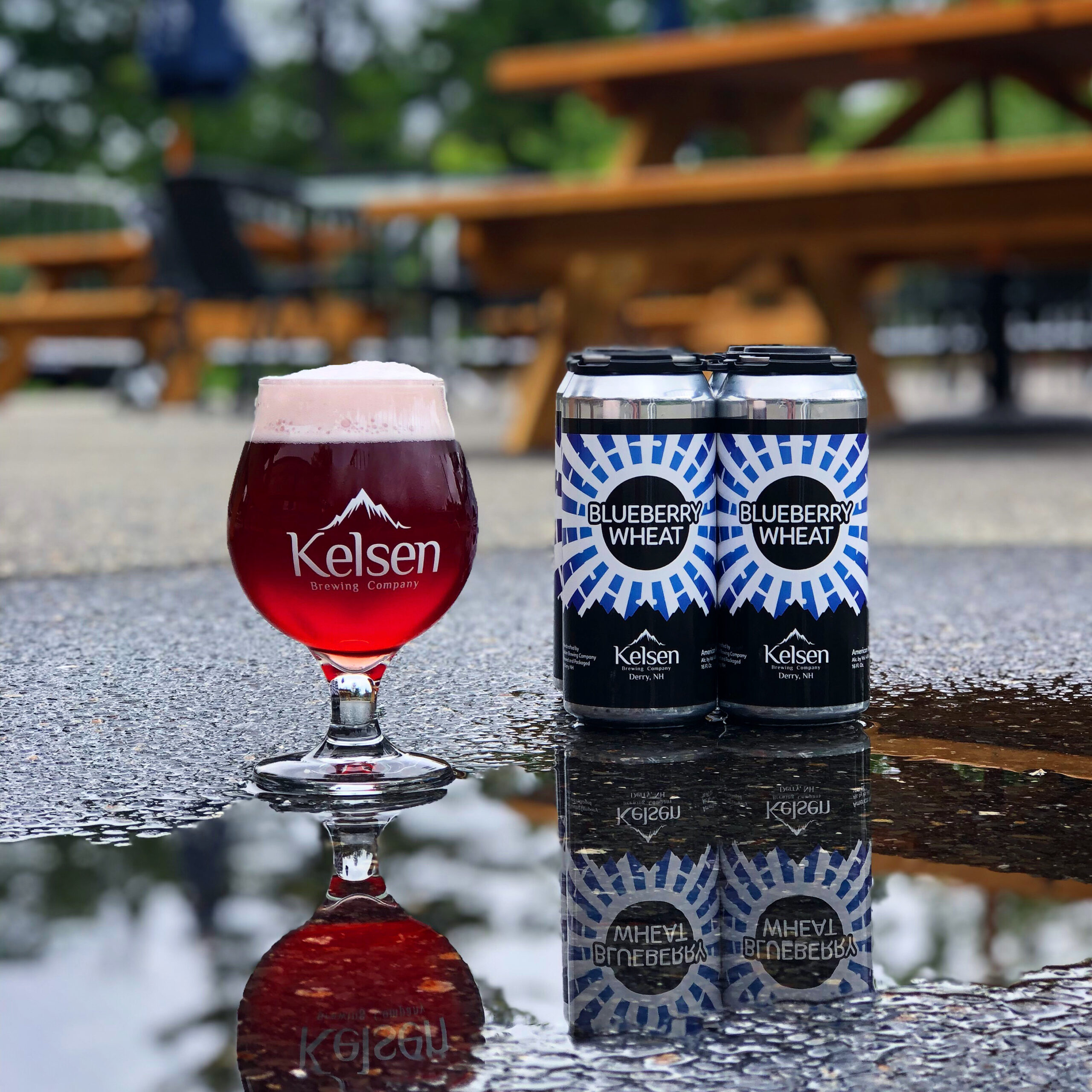 Kelsen Brewing Company in Derry came out with several new beers in the last couple of months. First is the latest iteration of 6.7 (6.7 percent), a rotating IPA series that is always the same ABV, but never the same recipe. This batch for June was hopped with Galaxy, Citra and Mandarina Bavaria hops. The hop profile exudes aromas and flavors of fresh melon, mango and citrus fruits. It is also available in cans. This batch possibly counts as Kelsen’s first hazy beer! 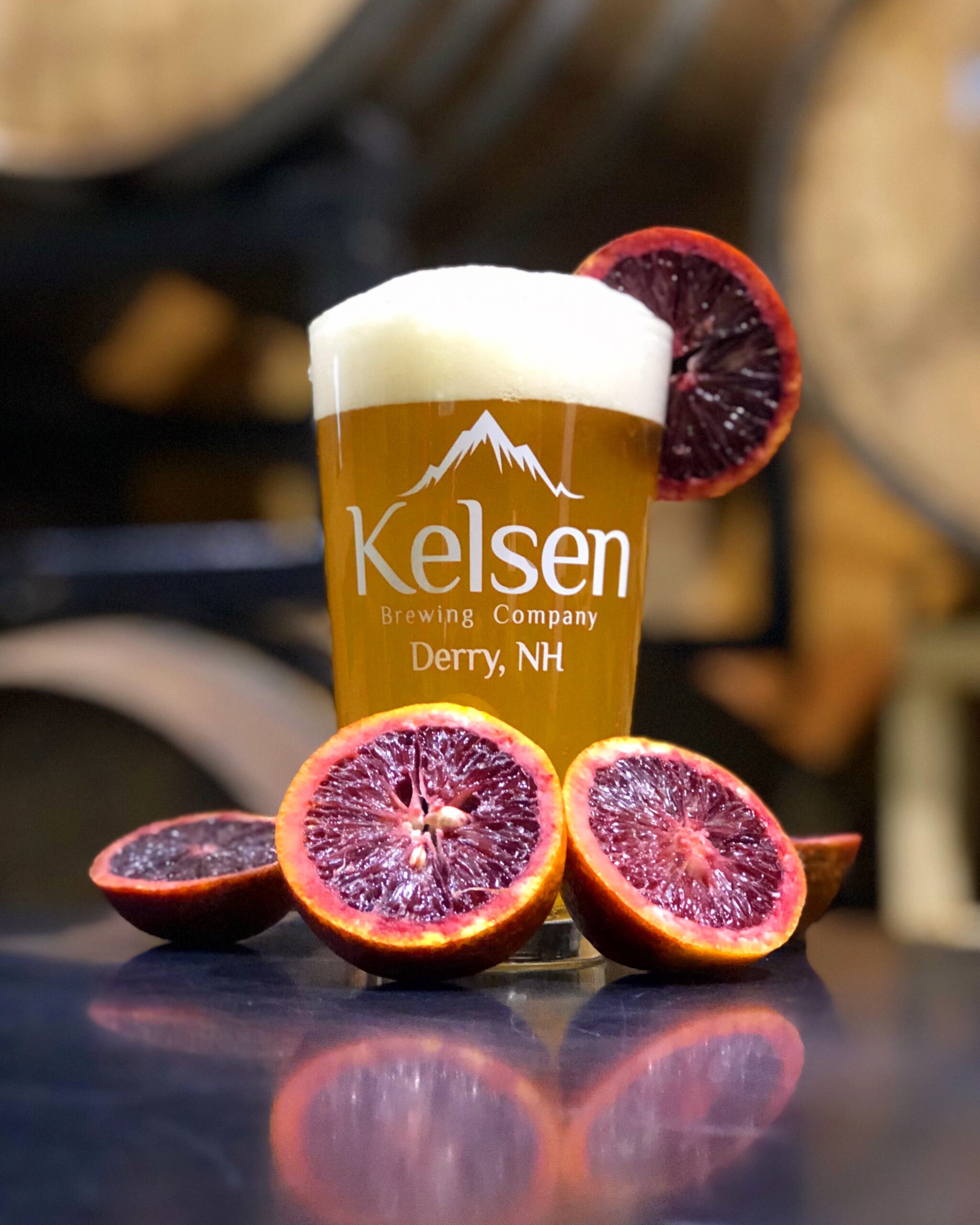 Next on the list is Blueberry Wheat (4.6 percent), a wheat beer fruited with 25 pounds of whole blueberries per barrel. The resulting beer pours a vibrant reddish-purple with a light pink head. It’s described as tasting like a freshly baked blueberry pie. It’s available on tap and in cans. 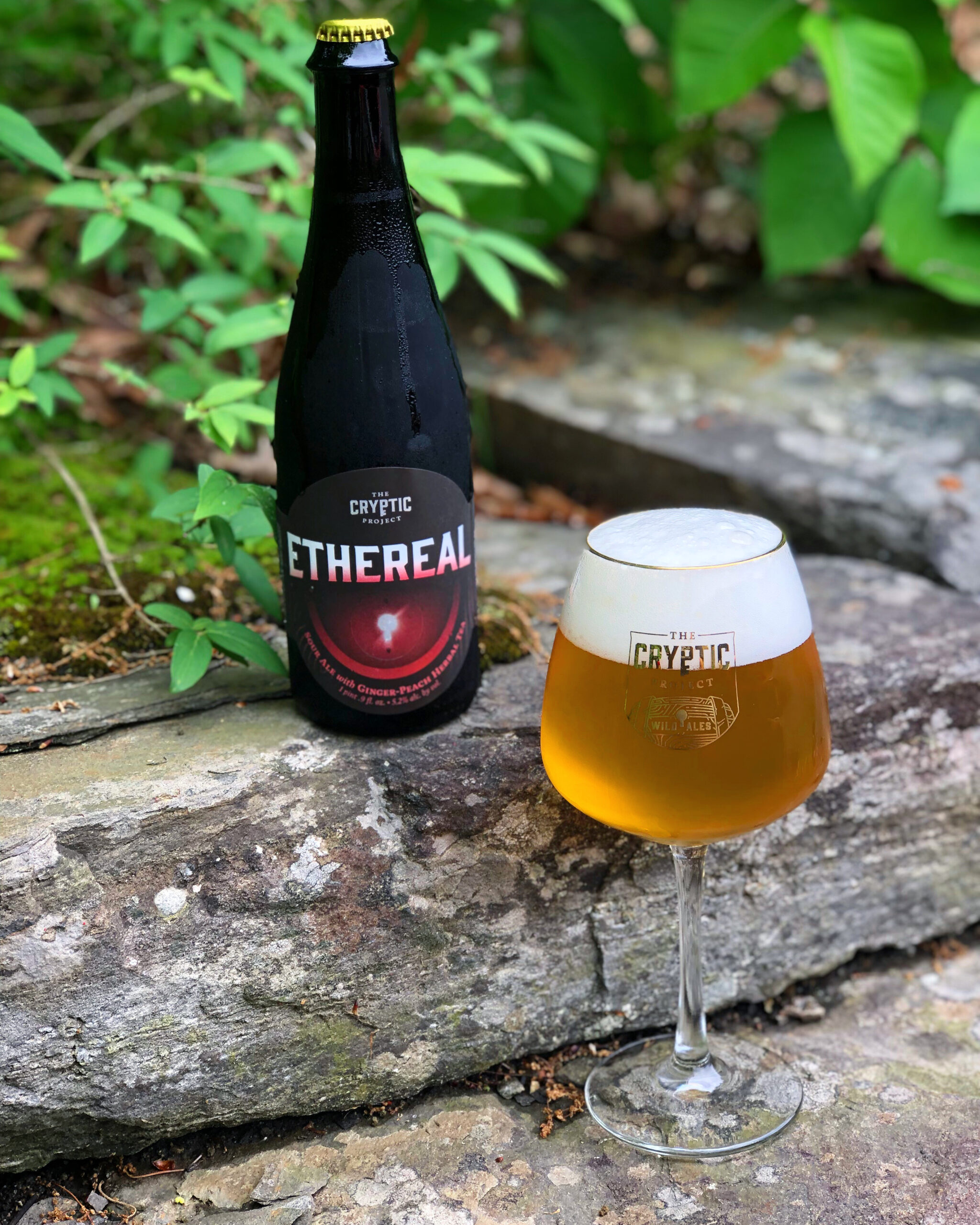 Kelsen also released a couple beers from its The Cryptic Project label; Aurora (5.4 percent), their farmhouse-style sour ale, and Ethereal (5.2 percent), a golden sour made with Ginger Peach Herbal Tea from 27 Teas in Candia. The tea used in the brewing is naturally caffeine-free. Both sours are available in bottles or on tap in the taproom. Not available in growlers.

Finally, on Thursday, June 23, the brewery released a new batch of Blood Orange Battle Axe IPA (7.2 percent). Get it while it lasts! 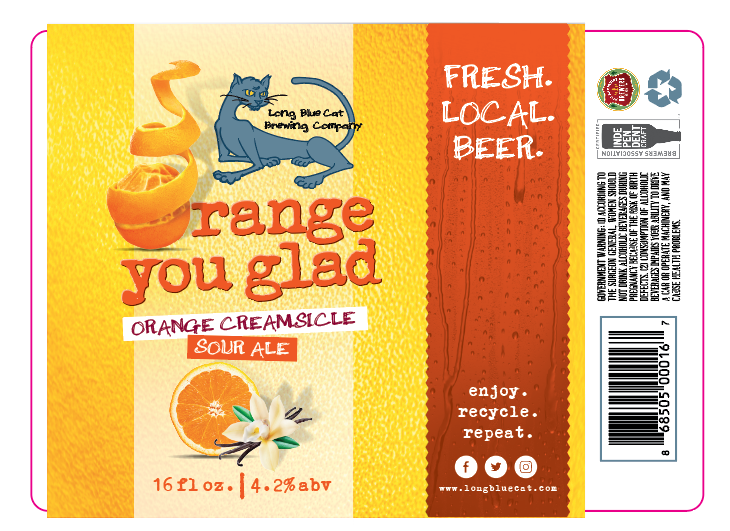 Long Blue Cat owner Jason Knight announced that he has officially signed on with beverage distributor Bellavance Beverage in Londonderry, and Bellavance will begin distributing the craft brewers diverse product offering on July 11.

“Like most small businesses, we have been dealing with supply and demand issues, mostly due to staffing challenges, so we haven’t been able to keep up with the demand for our beer in stores and on tap in restaurants and bars,” Knight said in an emailed statement. “This partnership with Bellavance should change that for us and allow us to grow that segment of our business, which we are very excited about!!!”

To celebrate the new deal, LBC is releasing the Orange You Glad Creamsicle Sour Ale (4.3 percent) on Friday, July 8th at the brewery. It’s described as an extremely creamy beer brewed with a ton of orange and vanilla. It will be available on tap and in 16-ounce cans on that day, and will be starting to ship to stores as early as July 11th.

Also on July 8, they will be releasing an old favorite: Sun King IPA (7.6 percent). They haven’t brewed this NEIPA since 2019. It will be a one-time release, exclusively in the Londonderry taproom. 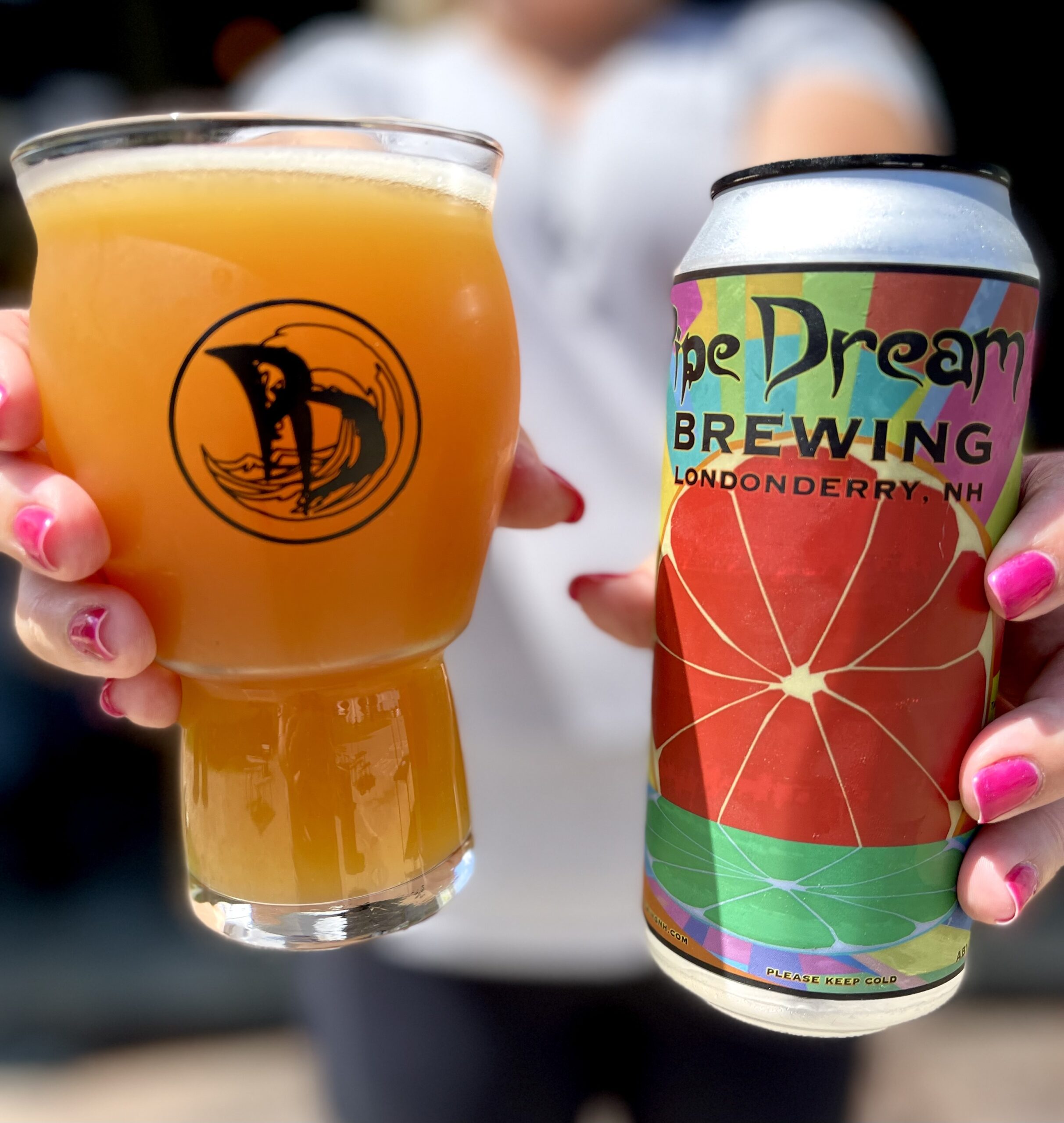 Pipe Dream Brewing Company in Londonderry recently released a Blood Orange IPA (6.8 percent) of its own. It’s described as easy-drinking, and dry-hopped with Citra and Amarillo hops and 400 pounds of fresh blood oranges.

Also check out Mango IPA (6.8 percent), a tropical ale with a medium to light body and late additions of ripe mango. Hopped with Citra and Amarillo. 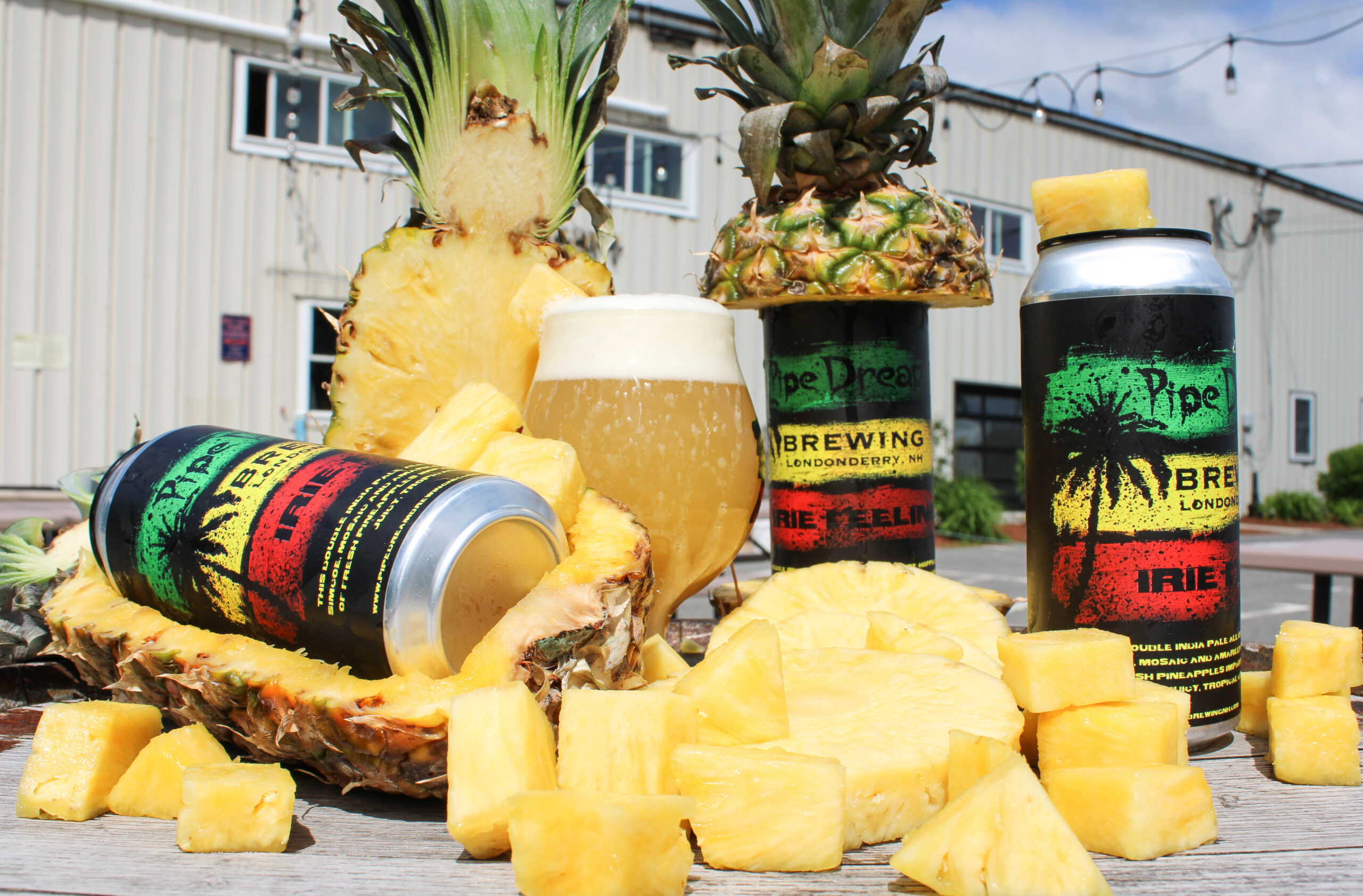 Irie Feeling DIPA (8 percent) is back. This double dry-hopped double IPA is made with Simcoe, Mosaic and Amarillo hops, along with 450 pounds of fresh pineapples, which impart a floral and juicy aroma and flavor profile. 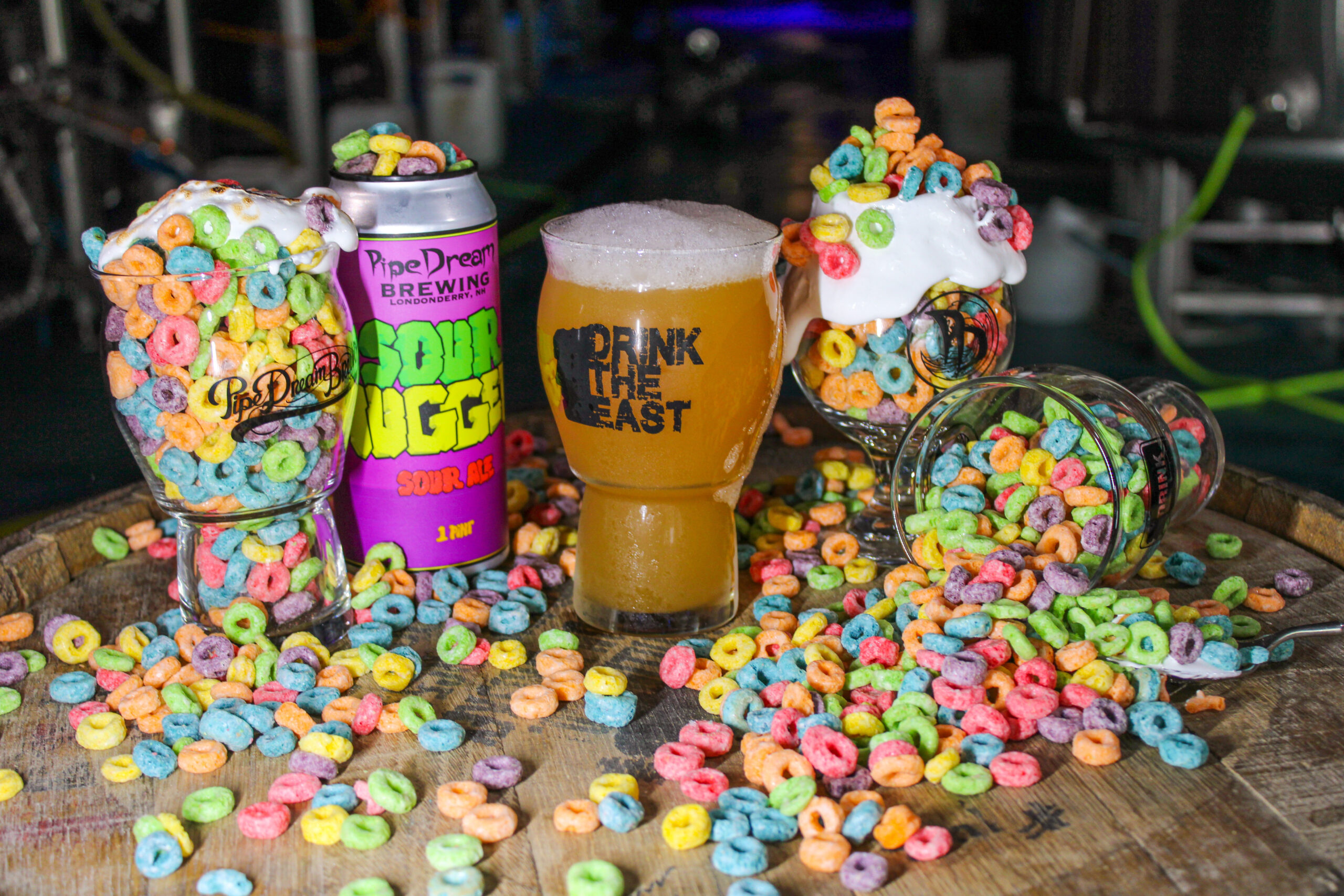 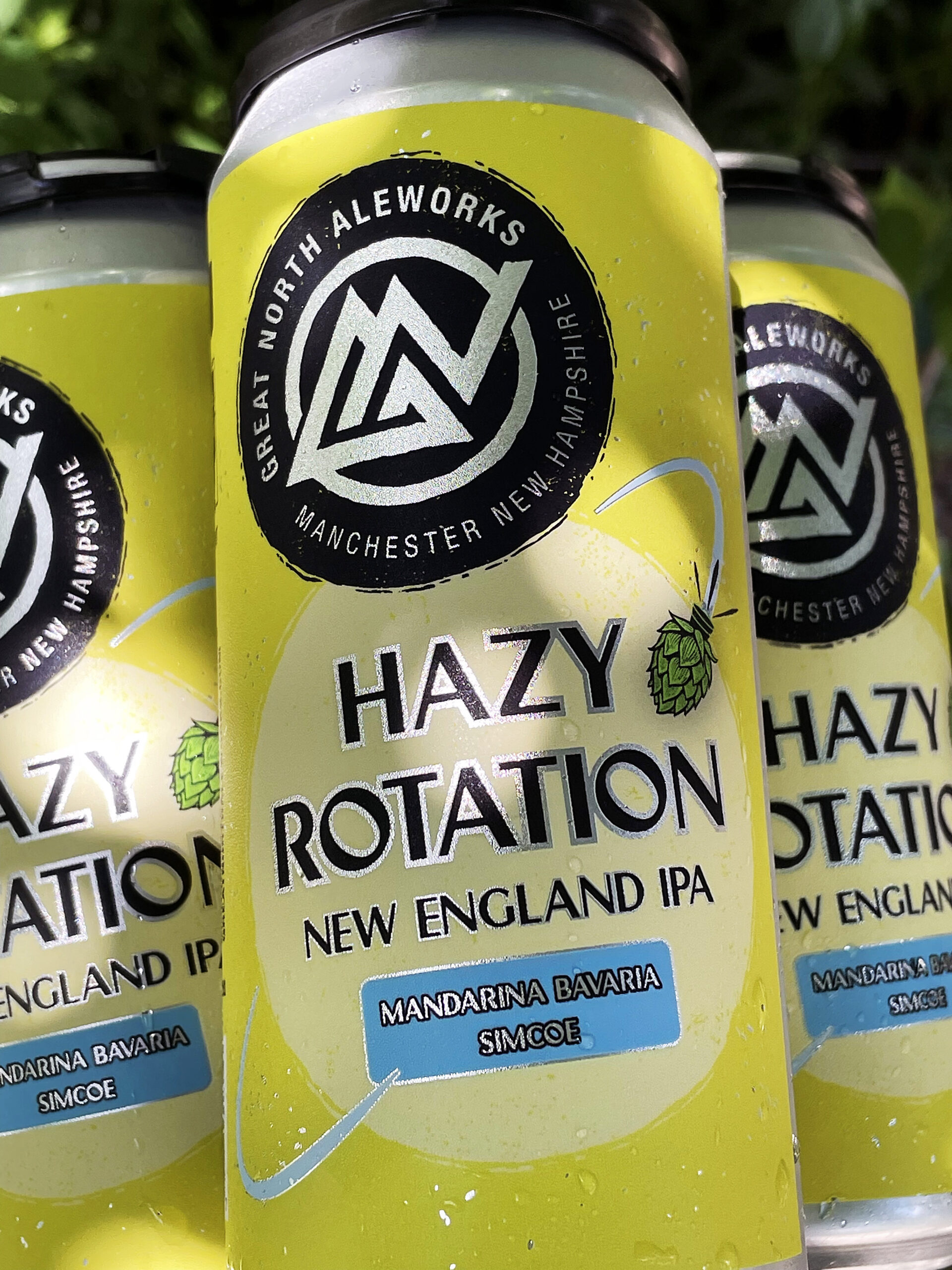 Great North Aleworks in Manchester has been busy.

The newest batch of Hazy Rotation Batch 22 (6.3 percent) is out now. It’s brewed with a blend of Mandarina Bavaria and Simcoe hops. Available now in the Great North tasting room and in cans and draft statewide. 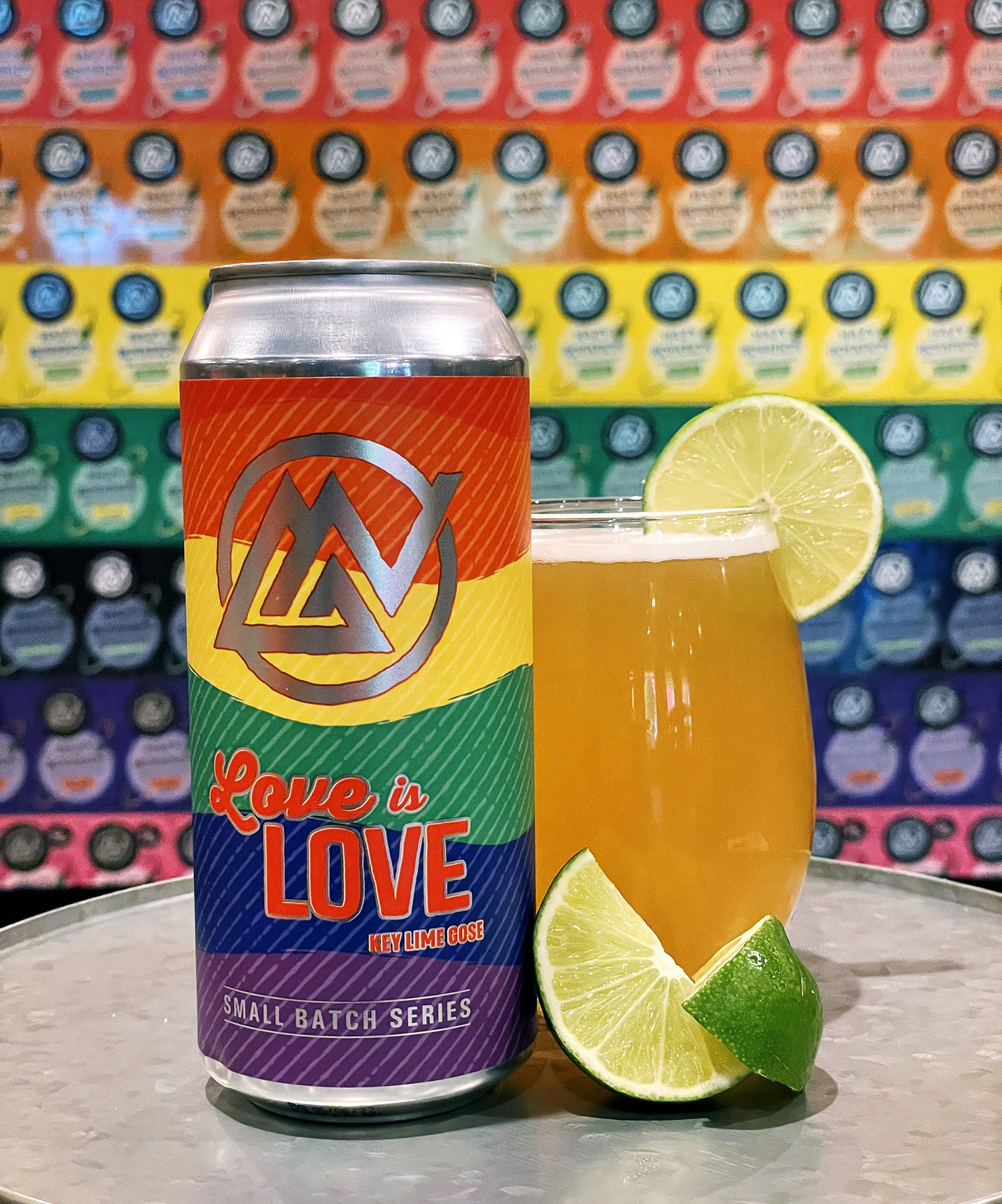 Also back for Pride Month is Love is Love (3.9 percent), a key lime gose. This wheat beer is described as refreshing, citrusy, and slightly tart. It’s brewed with coriander, sea salt, key lime and love, acceptance and pride. It’s only available in the tasting room on draft, in cans or in growlers.

Great North created a Common Hope (5.4 percent) beer to raise awareness about Parkinson’s Disease, an effort that was started by Bent Water Brewing in Lynn, Massachusetts. A portion of the proceeds for this dry-hopped pilsner goes to the Michael J. Fox Foundation. This is a brewery only release, available in tap, in cans or in growlers. 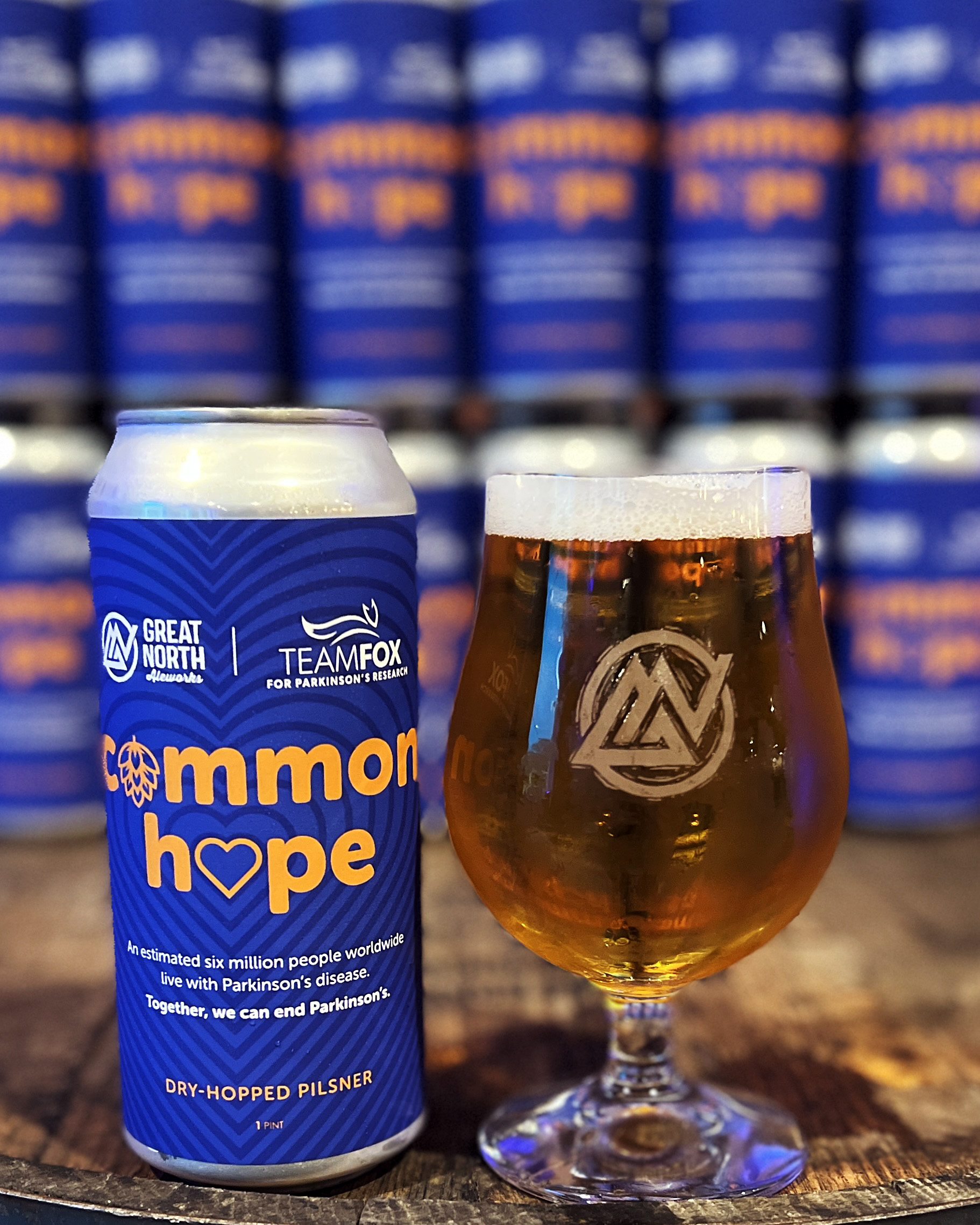 Check out Resolve (5.5 percent), an amber kellerbier (unfiltered lager). This beer is an open-source collaboration beer to recognize the determination of the Ukrainian people and to aid in the humanitarian effort. A portion of the proceeds will benefit the World Central Kitchen, which is on the ground in Ukraine, supporting families sheltering in the country, and in neighboring countries, helping refugees. Only available in the brewery tasting room on draft, in cans or in growlers. 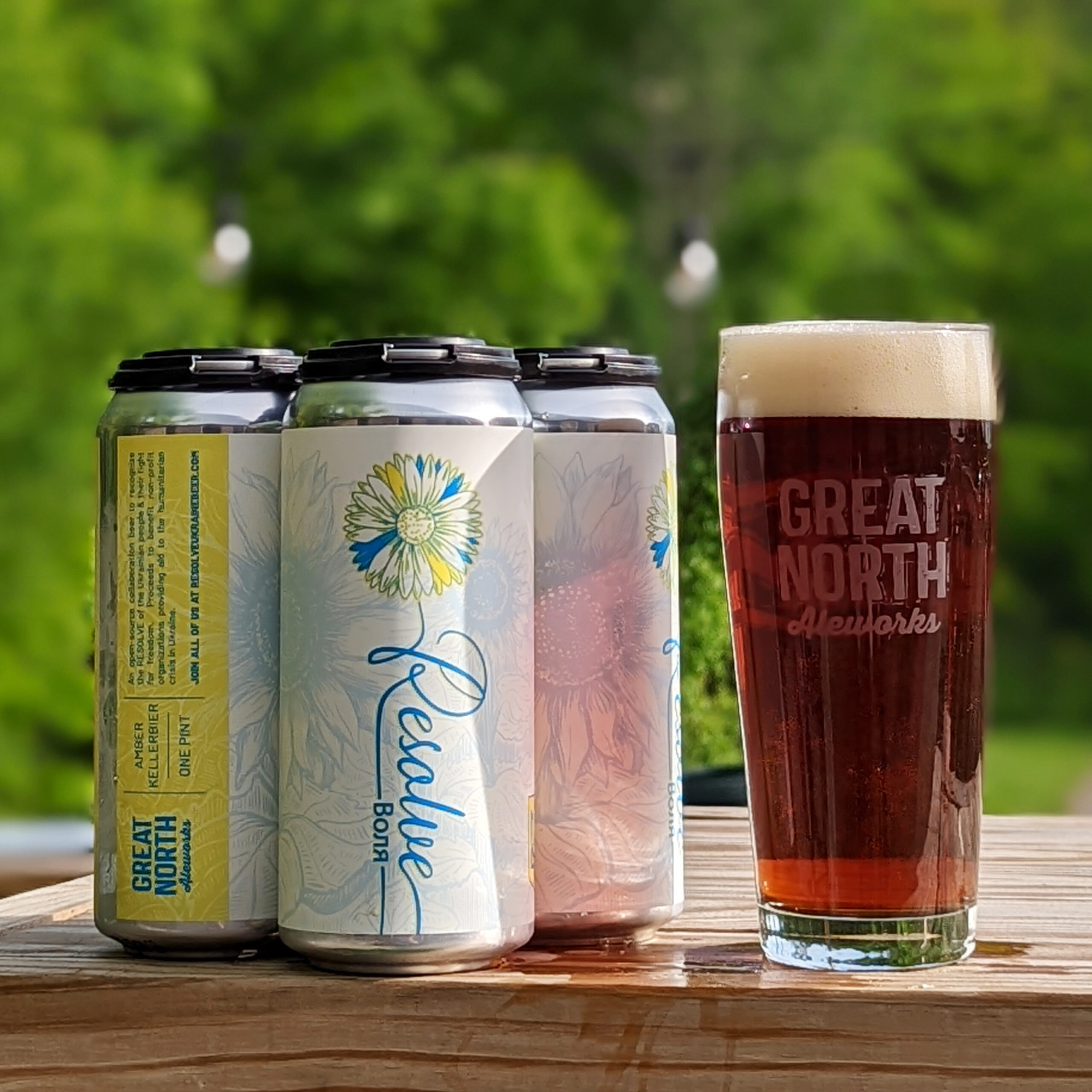 Also out is a Hefeweizen (5.3 percent), a pale German wheat beer with a fluffy mouthfeel, dry finish and refreshing taste. It boasts the distinctive banana and clove yeast character of its style. It’s made with over 50 percent wheat malt plus fine German pilsner malt.

Puppy Dog Pilsner (5.9 percent) is a Czech-style pilsner with a noble hop character you’d expect plus a rich maltiness from the caramel malts and a silky mouthfeel owed to the wheat. It’s made with Saaz hops, which give it an earthy, spicy taste, and has an IBU of 16.

Also out is Bruiser IPA (6.2 percent), a 28-IBU India Pale Ale made with an early addition of Citra hops for a strong tropical backbone, plus late additions of Mosaic hops and a proprietary hop called Zamba. The latter grants the beer its mellow, citrusy tangerine flavor. IT’s named in tribute to “the sweetest puppy dog we know, Bruiser.”