There are lots of new beers coming out this week, whether it’s from an experimental side project or marking an anniversary celebration. Check it out.

Great North Aleworks in Manchester is releasing Hazy Rotation Batch 7 (7.1 percent) on Dec. 19 in the tasting room and throughout the state. This version features Citra, Mosaic and Ella hops.

The brewery has also dropped a small batch of its Cerveza de Leche (6.4 percent), their milk stout brewed with chocolate, vanilla, cinnamon, chili peppers and cold brewed coffee from A&E Coffee & Tea in Amherst. It is only available on draft in the tasting room but can be sold in growlers.

Ancient Fire Mead & Cider in Manchester is launching a cinnamon and chili carbonated apple wine cider called Station 7 (7 percent) on Dec. 12, along with a re-release of its geek-tastic What’s Your Midichlorian Count? (7 percent), a session mead with tart cherries and lime which debuted last summer as a collaboration with GraniteCon.

On Dec. 12, Rockingham Brewing Company in Derry is releasing a New England IPA called Santa Jaws (6 percent), which is a collaboration with their neighboring brewery From the Barrel. Both breweries are releasing a different version of the beer in their respective taprooms.

Rockingham will later drop Truffle (7.2 percent) a Belgian chocolate stout on zinfandel oak from Appolo Vineyards in Derry. The brewery is hosting a beer, wine and chocolate pairing featuring a flight of beers at the taproom on Dec. 20 from 5 p.m. to 8 p.m.

They’re also releasing their first-ever lager with Cool Hand Lager (5.1 percent), a Vienna-style lager, on Dec. 27. As part of the release, the brewery is also producing special glassware and will offer a pint deal on launch day from 4 p.m. to 8 p.m.

On Dec. 13, Able Ebenezer Brewing Company in Merrimack is releasing its Ingenuity #5 (6.7 percent) New England IPA. The debut will be accompanied with a launch party in the tasting room from 4 to 9 p.m.

Kelsen Brewing Company in Derry is releasing a brand new mixed-culture ale called Mirage (4.9 percent) on Dec. 12. It’s aged in merlot barrels with apricot and has a dry finish. Kelsen owners describe it as slightly funky with notes of stone fruit, oak, grape must and a hint of vanilla.

Mirage is being released under Kelsen’s The Cryptic Project, which houses all their sour and mixed-culture beers. It’s expected to last about a month in the tasting room.

On Dec. 19, Kelsen will be releasing a special holiday version of Barrel Aged Vinatta (12 percent) which is aged in rum barrels. Vinatta is their ever-popular Russian Imperial Stout, which sells out at the tasting room usually within a week. It’s big and chewy with chocolate and dark stone fruit flavors. The rum barrel adds complex notes of oak, spice, rum and vanilla.

Vinatta, which is the Norse word for friendship, is a collaboration with Andy Day, co-owner of Cask & Vine in Derry. 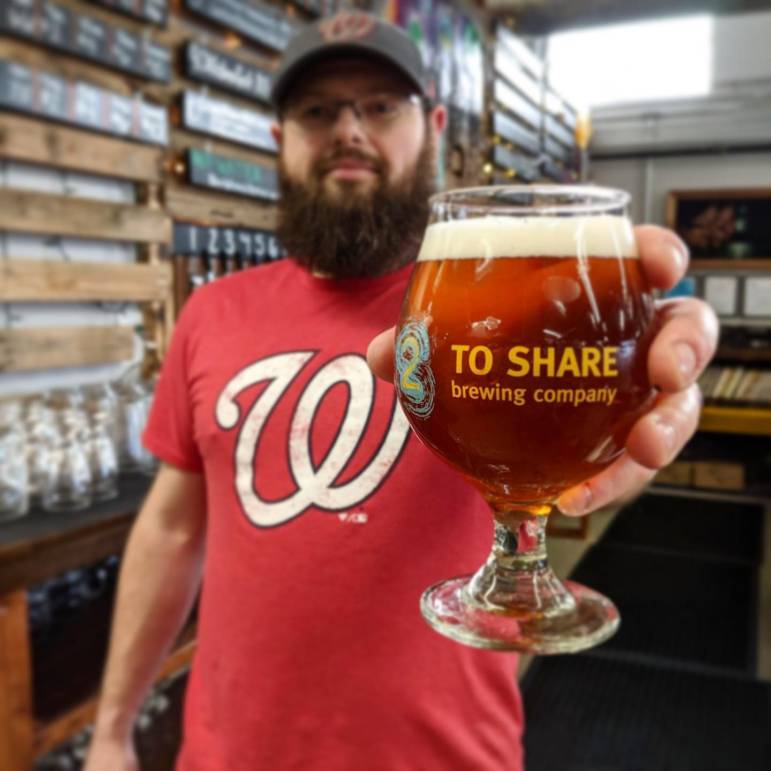 To Share Brewing Company in Manchester is dropping three beers to celebrate their first anniversary on Dec. 14.

Secret Wizard Handshake #3 (4.1 percent) went on tap last week. It’s a raspberry sour loaded with raspberry with a nice biscuity finish, reminiscent of raspberry shortcake. It’s will also become available in four-packs of 16oz cans which will be unveiled at the Dec. 14 party.

To Share is also introducing an American-style barleywine called Old Barney (12 percent), which will become available for 10oz pours in the taproom on Dec. 14. It will also be available in numbered 750ml wax-dipped bottles (limited to 250). Old Barney was conditioned in bourbon aged oak, which imparts flavors of vanilla, caramel and sassafras.

Finally, the brewery is also re-releasing Old Mo’ (8 percent), a session barleywine that was first released last winter. The malts combined with 40 pounds of brown sugar to create a “delicious molasses flavor,” according to owner Aaron Share. It will be available in numbered and wax-dipped 750ml bottles (limited to 70) at the taproom on Dec. 14. 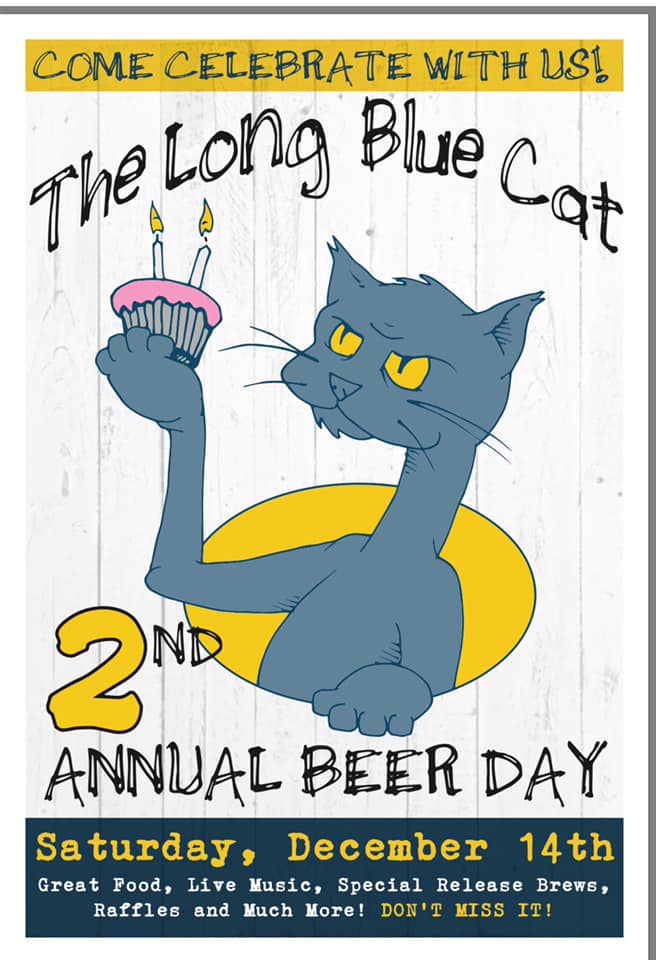 Long Blue Cat Brewing Company is releasing a number of beers to celebrate its second anniversary, which is also on Dec. 14.

An Oak Aged Cherry Chocolate Oatmeal Stout (7.6 percent) will be released along with 2019 and 2017 regular varieties as well. It’s a rich and creamy with a nutty flavor and slight coffee notes in the finish. It’s made with local cherries from Sunnycrest Farms in Londonderry.

As we mentioned in the last Mash-Up, on Dec. 14, To Share Brewing Company in Manchester will be celebrating its 1st Anniversary Party from noon to 10 p.m.

It will include live music, catered food by Caroline’s Fine Food and raffles, as well as the afore-mentioned beer launches.

Apparently Long Blue Cat shares a birthday with To Share, but they’re one year older. Stop by for live music, raffles and great food at their 2nd Anniversary.

On Friday, Dec. 13, Great North Aleworks in Manchester will be hosting their 2nd annual Ugly Sweater Party at the taproom from 3 to 8 p.m. Folks wearing a holiday sweater get 10 percent off their beer, and there will be prizes for the ‘most ugly’ and ‘most creative’ sweaters. Donations will be accepted for new and unwrapped toys for the Recycled Percussion Toy Drive.

On Oct. 26, the 23rd Annual Great International Beer, Cider, Mead & Sake Competition (GIBCMSC) was held at Bridgeport, Connecticut, and there were lots of New Hampshire winners, selected from among 787 entries of beers, ciders, meads, sakes, hard kombuchas, and hard seltzers from brewers across the U.S. and around the world, by a team of 110 judges in a blind-tasting format.