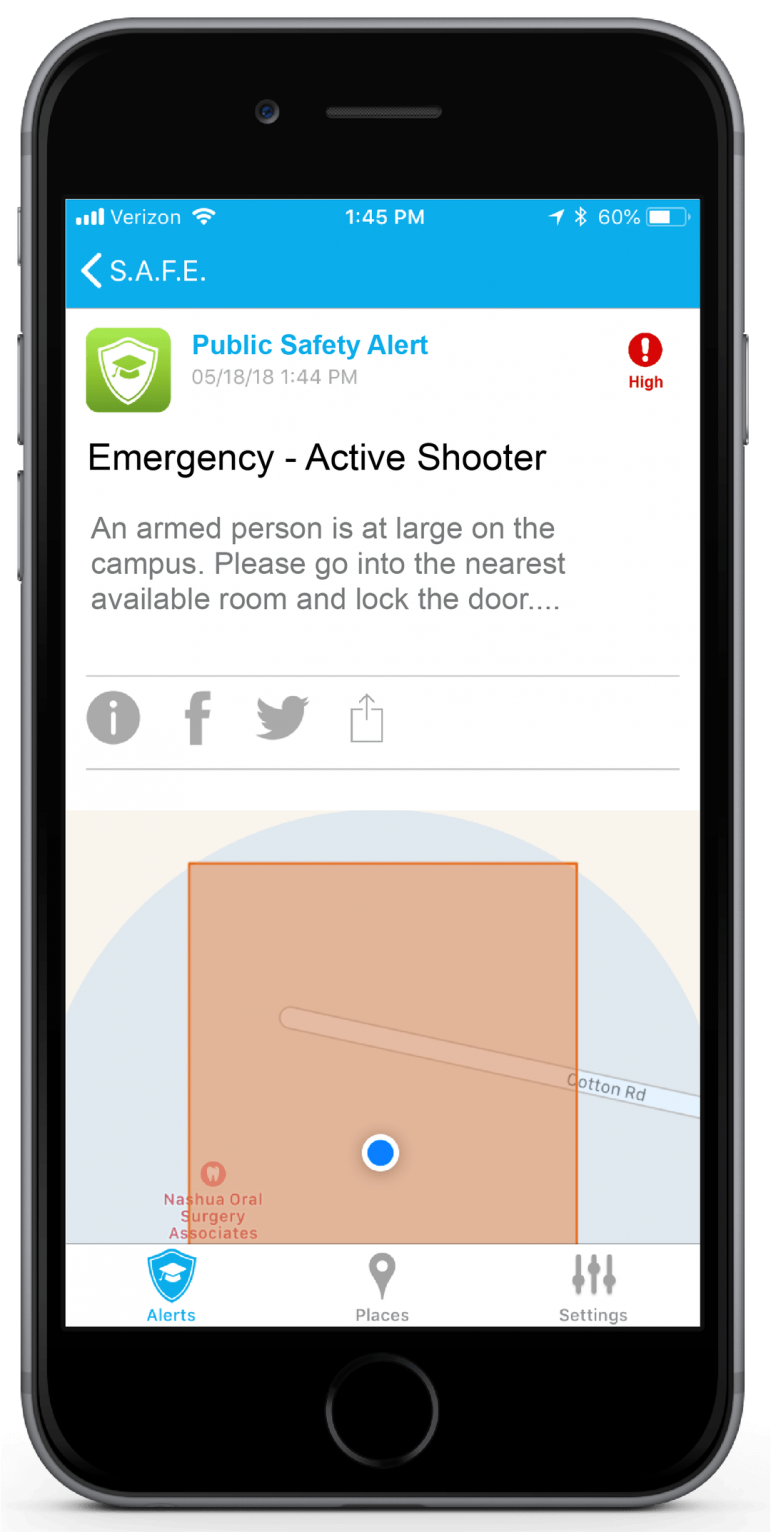 MANCHESTER, N.H. – It appears that a proposed school safety app could potentially partner with Manchester’s schools following a decision by the Manchester Board of School Committee (BOSC) on Monday night.

In a 12-1 vote, the BOSC voted to reconsider requiring a memorandum of understanding (MOU) with Ping4 Inc. before the school district would agree to participate in the company’s S.A.F.E. app, which the company offered for free to the district.

Concerns arose after it was discovered that the company produced a marketing video including Manchester Central High School students without parental permission. Additionally, district officials voiced concerns over the company mentioning the district in marketing materials without advance warning and potentially soliciting district fundraising donors.

With limited exceptions, the board believed that the app itself was a useful tool to help keep students safe in case of an emergency and several BOSC members went further.

At-Large BOSC Member Richard Girard noted that the video was made at the direction of the Manchester Police Department and that all filming occurred on public streets rather than school property.

Girard also did not believe that it was appropriate for the district to dictate what a private company can include on its marketing materials. Additionally, he believed that the video cast the district and local police in a positive light, and thus voicing concern over the video given that it was shot off school property was foolish.

Ward 1 BOSC Member Sarah Ambrogi, Ward 4 BOSC Member Leslie Want and Ward 5 BOSC Member Lisa Freeman and Ward 7 BOSC Member Ross Terrio also voiced support for the app, believing that requiring the memorandum was shortsighted and counterproductive given the potential value of the app and that it was being provided for free.

Want noted that this debate echoed other situations the BOSC had faced in the past.

“This board has been very consistent that we let process get in the way of doing what’s right for kids,” she said.

Ward 8 BOSC Member Jimmy Lehoux believed there was a lack of consistency regarding MOUs with outside organizations working with Manchester’s schools.

A motion Lehoux sought to make later in the meeting, asking for more standardization regarding comparable negotiations in the future, was deemed premature by Mayor Joyce Craig, noting that district officials required more research into new data privacy laws and how they may affect proposed and previously ratified MOUs.

Lehoux supported the app on those grounds, but also agreed with At-Large BOSC Member Pat Long that the viewpoint that the app was being given to the district for free was irrelevant and the board needed to play an oversight role for all proposed agreements.

Primary opposition to reconsidering the MOU came from two fronts. Ward 6 BOSC Member Dan Bergeron voiced concern with the video itself, stating that it cast the schools in an overly violent light and that there should be less police presence in schools.

Ward 9 BOSC Member and BOSC Vice Chair Arthur Beaudry had the other primary opposition viewpoint, echoed to a lesser extent by Ward 11 BOSC Member Katie Desrochers and the mayor.

Beaudry’s concern stemmed from the trustworthiness of Ping4 CEO Jim Bender in taking several months to respond to the BOSC’s concerns as well as concerns over parental control over the privacy of their children.

“None of these kids knew that they were being filmed and there would be a national movie on them, they didn’t know that,” said Beaudry.

Manchester School District Superintendent Dr. John Goldhardt indicated that MOUs are common in other school districts and voiced support for anything that could increase the safety of students, which he said this app could potentially achieve.

He also voiced his concerns over anyone videotaping students without parental approval and also believed that the app was not helpful when it came to helping prevent school violence.

Bender was not present at the meeting, with the mayor indicating that he would be given a chance to speak during public forum if he was in attendance, but would not be given a specific spot on the agenda to speak on the matter.

Only Beaudry voted against the motion to reconsider the MOU, with a subsequent motion to table the MOU entirely passing on a voice vote.

Following the votes, the mayor and board requested that Goldhardt return to the board with a recommendation on how to proceed on the matter.