from simply offering “customer service” or “customer satisfaction” and moving toward actually being there for the customer and providing a truly great customer experience. It is also increasingly more about treating the employee well and understanding that doing so creates a “trickle down” effect that ultimately results in a positive customer experience. Treating employees well is also the right thing to do, and a growing number of consumers are responding to companies that do.

One company that has made a very bold move as well as a strong statement is the sporting goods and outdoor gear retailer REI. As many know, in addition to their refusal to open on Thanksgiving, they are closing all of their 143 stores and paying their approximately 12,000 employees to be off on Black Friday. (A small number of employees will be on call in case of emergency). This of course is unusual in a day when many retailers are looking to be the earliest to open on Black Friday and some even open on Thanksgiving, (except in states like Rhode Island where it is illegal to do so).

So instead of allowing the craziness of thousands of shoppers crowding into their stores, all trying to be the first to get that “deal of the season” while their employees attempt to keep the store running and offer service to crowds worthy of the Esplanade on Independence Day, REI is giving their workers the day off and encouraging them to get outside. (No leaving the family Thanksgiving celebration at 4 p.m. so you can get sleep and be to work at 3 a.m. on Black Friday).

There are those who believe that REI is crazy for closing on one of the busiest shopping days of the year, and the company has said that they will lose significant revenue that day, but to them it is more important to do this for their employees. They have also challenged other retailers to follow suit. I don’t believe it is likely that many big box retailers will close on Black Friday, but maybe more specialty ones will as well as small, local shops.

The fact is that Black Friday has been losing its luster as shown by the sagging sales over the past several years. This is partly due to the wide availability and convenience of Internet shopping and the growing popularity of Cyber Monday. The slowing sales on Black Friday also have to do with changing customer tastes and desires as well as the types of businesses that they will spend money at.

As mentioned earlier, one of the top things customers look for in a company is how well they treat their employees. This is something that people have always been mindful of but is now front and center. REI is known as a company that values its employees, and is showing that by their Black Friday move.

The action taken by REI is on the day many also know as “Buy Nothing Day,” which acts as the official kick-off of “Occupy Christmas,” which runs through Christmas Eve. So there are a significant amount of people who do not buy into the Black Friday hype and choose to concentrate on the other, non-commercial aspects of the season.

Even though there is a growing number of people who refuse to shop on Black Friday, I do not see the big box retailers giving up on the day anytime soon. I think that maybe the trend of opening earlier and on Thanksgiving will reverse itself and we’ll see stores opening later, (say 7 or 8 a.m.), and not opening on the holiday, which would be nice for those people who have to work as well as for the sanity of many o 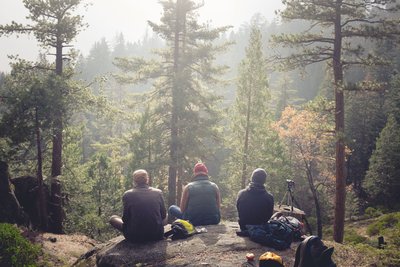 No matter whether or not REI will start a trend, they have made us sit back and think about the holiday and what it is truly about. REI should be commended for making such a bold move and brave statement. I personally will also be rewarding REI this holiday season by buying something there and encouraging others to as well.

REI is also challenging us to stop and get out … we can shop later. 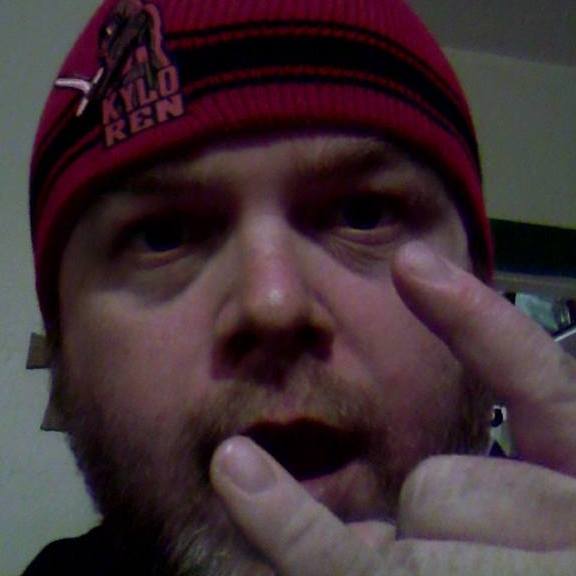 Forward Focus explores how entrepreneurship, innovation and ideas are changing the way we see and do things and how they can move us and our communities forward.
The author, Brian Chicoine, is a New Hampshire native who merges his passion for entrepreneurship and innovation with his love of new and bold ideas to bring the reader a fresh perspective on the way things are done. Brian writes from the perspective that nothing is impossible and loves to ask “why not” and “what box?”
Brian was born in Nashua and was raised in Raymond and Manchester. A couple years after graduating from West High School, Brian attended college in Manchester. Brian loves the ocean and wanted to experience life in a Southern New England city so moved to Providence to complete his undergraduate degree. After graduation, Brian and his new wife Jackie lived in Manchester for about five years and had two sons. Brian and his family then returned to Jackie’s home state of Rhode Island.
Brian and Jackie live in Providence where they are raising their two “no box thinkers and doers” and are building a multi-venture company.