MANCHESTER, NH – Anticipation built outside the offices of the Mental Health Center of Greater Manchester at 2 Wall Street on a Monday afternoon as staff from the organization waited for their Chief Executive Officer Bill Rider to come out. He was a kind gentleman who liked wearing bowties to work; as such, purple bowties were passed out among the staff who waited outside. They anticipated him coming down from the second floor to exit the building on his last day of work.

After beginning a career with the Mental Health Center in 1985, he had worked his way upward until he became the center’s CEO in 2015. He served in that capacity for seven years until, after a long and successful career behind him, finally decided to retire.

When he first started, the Mental Health Center was much different than it is today. Indeed, Manchester was a much different town than it is today. Rider had come to New Hampshire from Buffalo, NY; the difference between a small town and a big city was, for him, striking. He describes the first area he lived in the state as “the size of the state of Rhode Island with one traffic light.”

“It was a change being a city guy going to the country, but I loved it,” Rider said. “I met my wife up there; girl from Cleveland meets boy from Buffalo. We ended up starting a family, and neither one of us knew how to raise kids in the countryside, so we moved down here. I applied for a job with the Mental Health Center, this was 1985, and I figured with my luck, I better not try to work anyplace else. I’ve stayed here, and over the course of time, the center has given me opportunities, many of which I didn’t think I could do. Was I qualified? Wouldn’t there be better people?”

Having worked as Executive Director of Community Support Services for five years and an Executive Vice President / Chief of Operations for 15 years, Rider has gradually proven that, despite his lack of confidence, he was always the right person for the job. He describes himself as “an analog man in a digital world,” though it’s not clear whether that’s a negative.

Now, he leaves behind him a sterling legacy of care and dedication toward the people of Manchester.

When the position of CEO came open in 2015, Rider didn’t think he could handle the job. He credits his success to the team around him and the people he works with. Rather than acting as a distant executive in a remote office, Rider is personable, friendly, and willing to get to know everyone he works with. 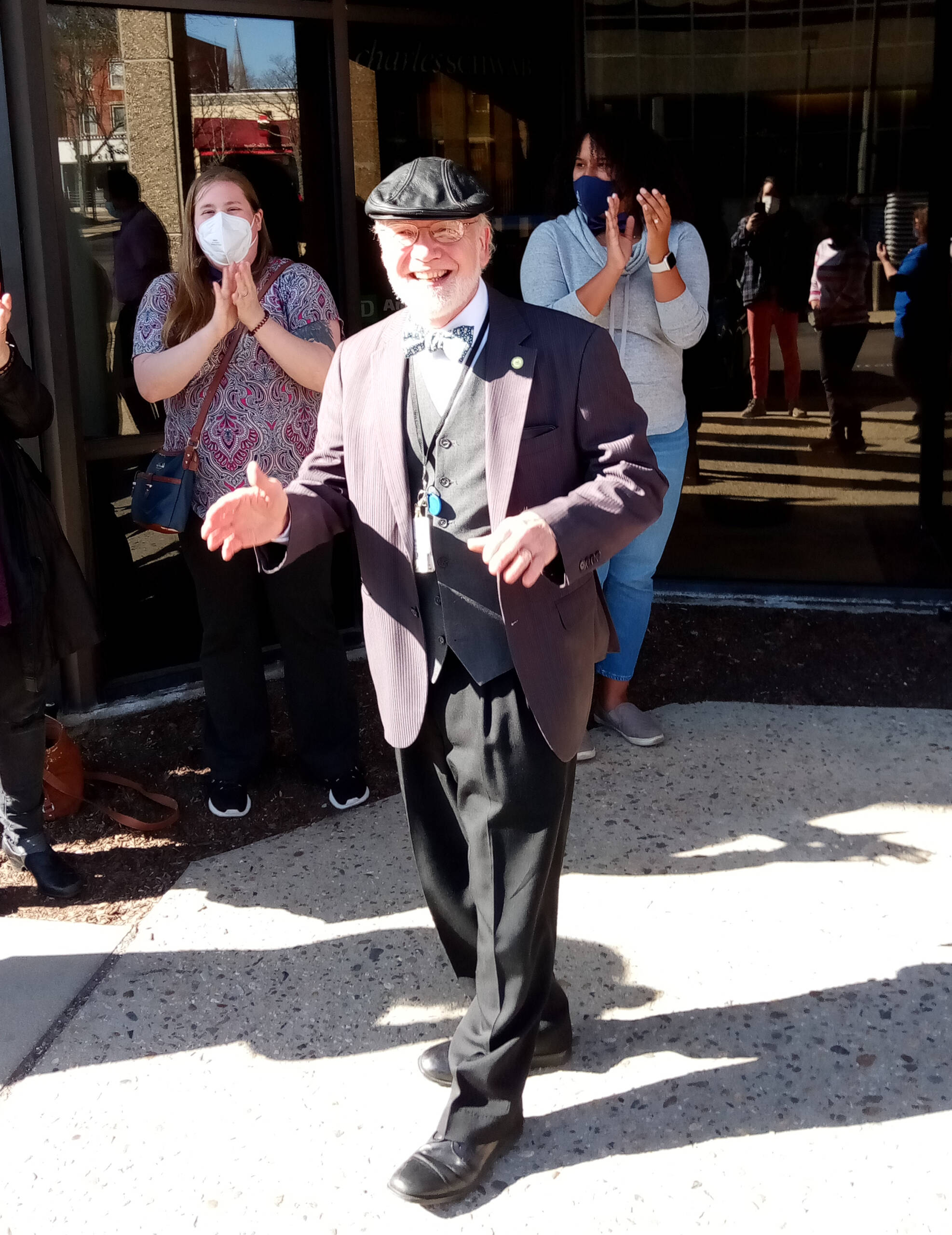 “What I found working here all these years,” Rider said, “is that I always seem to have people on my left and people on my right who would support me and teach me and encourage me to believe in myself more than I did. I got these jobs, and along the way, in 2015 when Peter Janelle, who was a tremendous leader and a tremendous friend, our former CEO, when he retired, many people encouraged me to become the CEO.

“I didn’t think it would be a good thing for the center. I thought they could find smarter, more effective leadership. But I did apply. I got chosen, and I got supported. In the intervening years, we’ve been really well recognized. It’s not in particular because of anything I’ve done. It’s because we have really tremendously dedicated people here.

Among the programs Rider has worked with at the Mental Health Center have been: a homeless outreach team; the Mobile Crisis Response Unit; Pro Health, a wellness study; InShape, an exercise and wellness program; as well as 7 Challenges, an evidence-based program for young people struggling with substance use disorder.

Under Rider’s leadership, the Center has been recognized in 2017 with the NH Business Excellence Award, the 2019 Outstanding Woman in Business Award for Patricia Carty, and the 2020 Granite State Award from UNH Manchester, among others.

His accomplishments were recognized inside the Center as well – not only for the community, but for the workplace environment he helped create. When he came out, working late on his last day, he was met with a thunderous round of applause that didn’t stop for some time. Rider had a wide, jovial smile as he shook hands and hugged people on his way to his car.

Before he could get there, he was presented with an award for his 37 years of service to the Mental Health Center and seven years as a CEO. Rider hugged his wife on the way out, who he says will be his new boss in his retirement.

He asked if he could come back to visit sometime- the answer he received was an overwhelming yes.