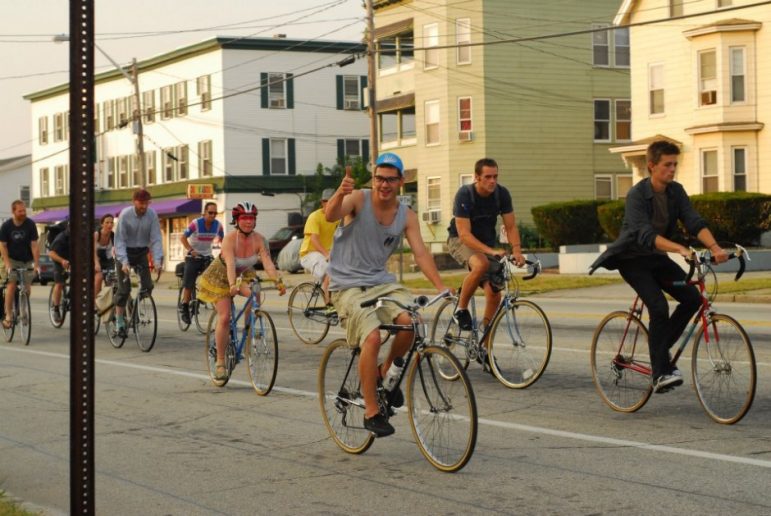 MANCHESTER, NH — In conjunction with National Bike Month and National Bike to Work Week, Bike Manchester and the Southern New Hampshire Planning Commission will host several events and activities May 16-20 to celebrate bicycle riding and bicycle commuting in the Queen City.

From 5:30-7 p.m., on Monday, May 16, city cyclists are invited to gather in Bo’s Lounge and Function Room at Stark Brewing Company (formerly Milly’s Tavern), 500 North Commercial St., for a meetup featuring half-price beers. Manchester Mayor Ted Gatsas will also issue a proclamation that day proclaiming May 16-20 Bike to Work Week in Manchester.

City cyclists can get a hands-on demonstration of how to utilize the bike racks on the front of every Manchester Transit Authority bus at 5:30 p.m., Tuesday, May 17, at Veterans Park. MTA is also offering free bus rides to all bicyclists who utilize the bus bike racks May 16-20.

And from 8-9 a.m., Friday, May 20 Bike to Work Day bicycle commuters are invited to visit a refreshment stand in City Hall Plaza for coffee and breakfast treats as they ride into work.

“From new bike lanes to new bicycle racks and more, cycling is really taking off in Manchester,” said Adam Hlasny, Transportation Planner with the Southern New Hampshire Planning Commission. “It’s our hope that events like these will encourage even more Manchester residents to both commute and explore our city on two wheels.”