Senior captain Lilly Tague-Bleau had the lone goal for Manchester (2-9-0). 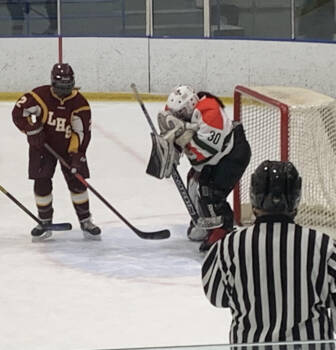 Manchester has been playing better hockey recently. The team exploded for nine goals in a win over Souhegan and played well against powerhouse Concord High, before falling, 6-0.

Unfortunately for Central/Memorial, LSK came into the game highly motivated. The team is currently sixth in the Division 1 standings and needs every win it can get if its to maintain a hold on one of the final spots in the upcoming state tournament. 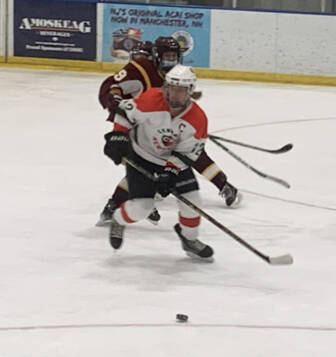 LSK came out firing on all cylinders and dominated the first period. The visitors peppered Manchester goalie Danyela Poore with 17 shots. But the senior netminder was up to the challenge, turning aside shot after shot. She made back-to-back stops on LSK freshman Mackenzie Ray, then later stoned freshman Effie Makris on a clean breakaway.

Finally, with exactly 1:00 to play in the period, LSK broke through to take the lead. Senior Lilly Gogan showed off her speed and stickhandling, swooping around the back of the Manchester net and snapping off a quick wristshot that beat Poore before she could get set.

Poore was outstanding, despite surrendering seven goals. She finished the game with 33 saves, including 27 in the first two periods.

Manchester had a chance to tie the game in the waning moments of the first period. Junior Meghan Wade scooped up the puck in the neutral zone and broke in alone. She beat the clock and got her shot away, but LSK goalie Paige Hoealer was able to flash her right pad to make the save just before the buzzer.

Lebanon/Stevens/Kearsarge broke the game open in the second period. The visitors continued to keep most of the action in their attack zone and this time Poore was unable to hold off the barrage.

Sophomore Lilly Hoealer scored off a feed from Greta Barber at 4:18 to give LSK a 2-0 lead. Sophomore Olivia Pollard added a power play goal, scoring off her own rebound, at 7:10 to make it 3-0.

But LSK was just getting warmed up. 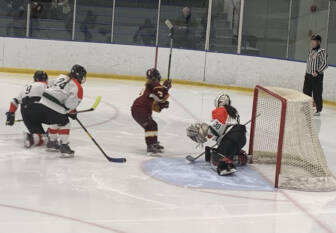 Ballard and Elena Robb scored 90 seconds apart and LSK’s lead had ballooned to 5-0.

Manchester started to generate some offensive chances of their own late in the period. One bid was set up by a nice forechecking steal by sophomore Jamie Webster. Wade got ahold of the puck and snapped off a clean shot but Hoealer was able to make the save.

Later, Tague-Bleau made a strong rush down the right side, cut in toward the net while using her body to seal off the defenseman and forced Hoealer (10 saves) to make another nice stop. 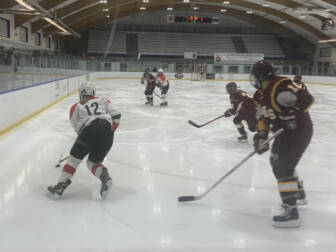 Emma Leute and Ballard tacked on late goals for LSK to boost the lead to 7-0 after two periods.

While the game itself may have been out of reach, Manchester put together a strong third period, carrying the action for significant stretches. After facing 17 shots in each of the first two periods, Poore faced just six in the third. 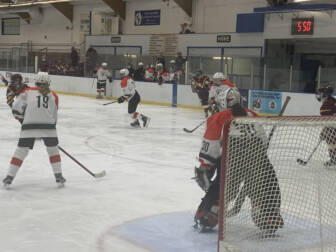 Tague-Bleau had the lone goal of the period, just over two minutes in. The captain made a strong rush up the middle, faked a forehand, got Hoealer to commit and beat her cleanly with a backhand.

Manchester Coach Cassidy Lavigne declined to be interviewed after the game. 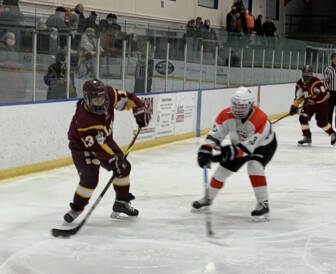 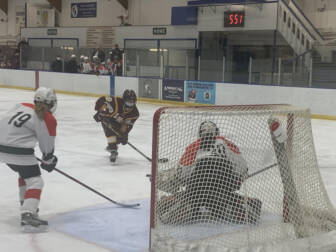 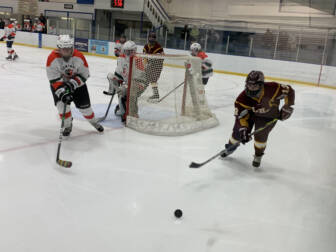