SOUTH CAROLINA — With about 90 percent of votes counted, former Vice President Joe Biden is far and away the favorite among South Carolina primary voters, capturing 48 percent of votes so far. He stepped to the podium with Curtis Mayfield’s “Move On Up” as his soundtrack, and Twitter took note.

Saturday’s Democratic primary is viewed as pivotal for many of the candidates, especially Biden, who needs to get his footing in advance of Super Tuesday after lackluster performances in Iowa, New Hampshire and Nevada.

The other big story of the night seems to be Tom Styer, who has dropped out of the race according to the New Yor Times.  He had a solid third-place finish behind Sen. Bernie Sanders, who had 20 percent of votes to Steyer’s 11 percent, but with no delegates to show for his efforts, Steyer apparently knows when to fold ’em.

However he went out with a bang, trending on Twitter as he “backed that azz up” during a Primary night celebration alongside rapper Juvenile. 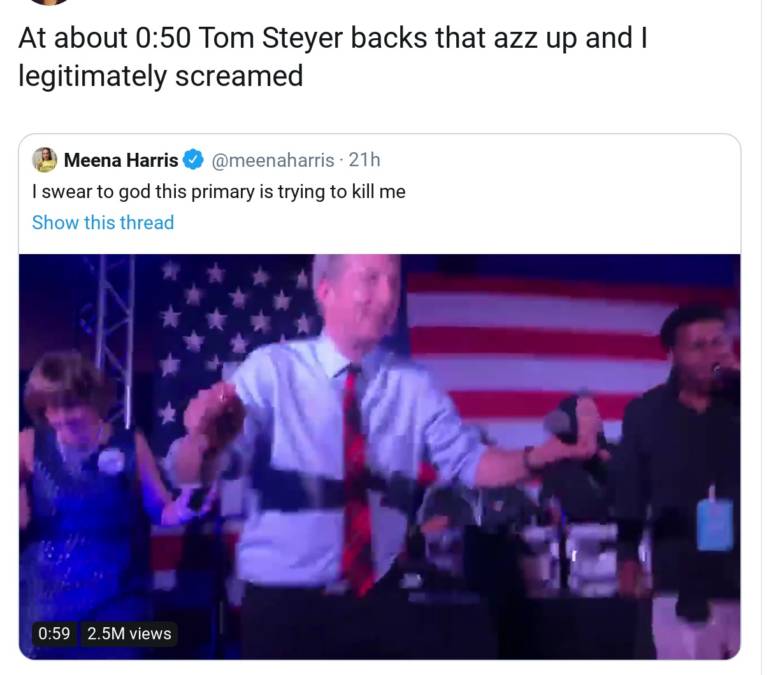 Next was Pete Buttigieg, with 8 percent, then Elizabeth Warren with 7 percent, and Amy Klobuchar, who came away from New Hampshire with momentum, but is straggling behind the pack with just 3 percent of votes. Former New York City Mayor Mike Bloomberg was not in the running as he decided to skip the first four nominating contests.

You can check here for live updates. 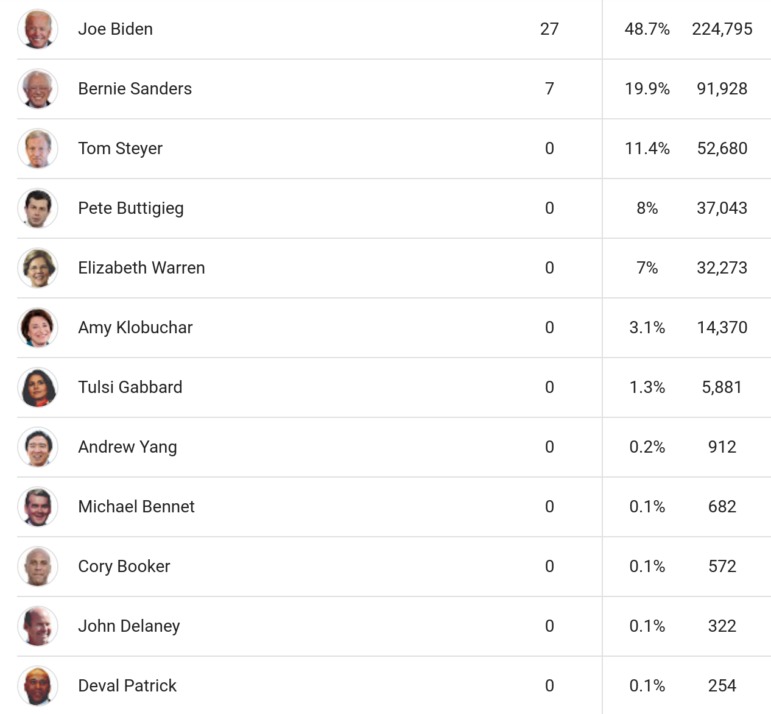