John was finally transferred in April, two months after being placed in solitary. It was a three-day  excursion by prison bus from the Sacramento area to San Diego. He was awakened at 3:30 a.m. on a  Wednesday morning, feet were shackled and his hands were placed in waist chains. The transport took him to another prison where he was housed for the night in a cell with no mattress, and awakened at 5 a.m. on Thursday. A similar itinerary was followed, leaving him overnight in another cage with no mattress until 5 a.m. on Friday morning, when he was taken on the final leg of the journey to the RJ Donovan Correctional Facility. Most of his personal property was not sent with him.

By John’s second letter from San Diego, John reported that a fellow inmate told him he had been in San Diego a year and still had not received his personal property from the last prison.

John’s counselor contacted the Sacramento prison and was told John’s belongings had been lost. Not only were John’s art supplies lost but also a necklace that John had received from his birth father was gone. In 1998, John was informed his father had committed suicide, using the same pistol his father’s second wife had used before that to do herself in. The necklace was the only thing of monetary value John had owned and the only tangible connection he had to his father.

For his birthday, John asked if I could send him a cross on a chain that might take the place of the one his father had given him. I looked into it, but discovered that I could purchase a cross similar to the one John had, but the only chain available was too short to fit around his neck. John said to never mind, that he could make more use of a radio and some personal grooming supplies.

In the first letter I received from San Diego, John mentioned that he hoped the entire staff was not as crazy as the guard who told another inmate that John was a creep. John thought it was just a correctional officer who liked to stir things up between inmates. Two weeks later John’s stress level skyrocketed when he realized there was more to the guard’s comment about “creep” than he was aware of at first.

San Diego is home to many Mexican offenders and thus hires Mexican-American correctional officers. This particular guard told a Mexican inmate that John was a sex offender, which is a clarion cry in any correctional facility. In John’s words, “In prison child molesters and rapists are the most hated people in the system and they’re killed, stabbed, murdered on a daily basis. They do not only become victims of very brutal attacks by inmates, but also staff guards, nurses, counselors, priests and people in the position of authority many times turn their heads which is totally understandable because they hate child molesters and rapists… In prison inmates are identified by what is called an “R” suffix. You cannot work around female staff or behind closed doors. You even have to sit in visiting rooms away from children if you have an “R” suffix, and in all truth I have no sympathy for any sex offender.”

After John’s probationary period at the San Diego facility, he went before a five-person committee to review his records for classification, which determines what kind of a cell he gets assigned and how much freedom he is afforded in the prison. John asked why the R suffix had been added to his records. He answered all the committee’s questions, including details about an incident which had occurred as a juvenile.

When John was 17 he was in juvenile detention due to an assault he made on his sister’s boyfriend. John was in the bathroom taking a shower. A friend snatched John’s towel off the rack while the water was running and ran off down the hall with it. John jumped out of the shower and ran after him to get the towel back. As he says, they were just kids goofing off, and he got his towel back. Later he was arrested for indecent exposure and taken to jail. At his hearing, the public defender told him to plead guilty to indecent exposure and he would receive a sentence of five days, which he had already served and he would be released. So he did, and he was. When he told his tale to the review committee he was told by the program administrator they would help him file what is called a “602” to correct the suffix issue. Days later the administrator said John was capable of filing his own petition by using the law library, so he began his own research.

I asked John to send me his prison records so I could see where this suffix issue started. It took nearly a year to get John’s prison review records, but what I found really educated me as to the extent of the problem. 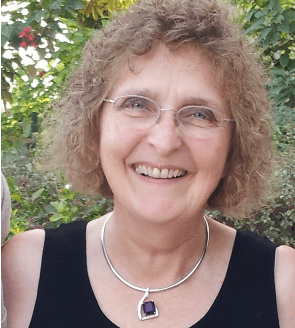