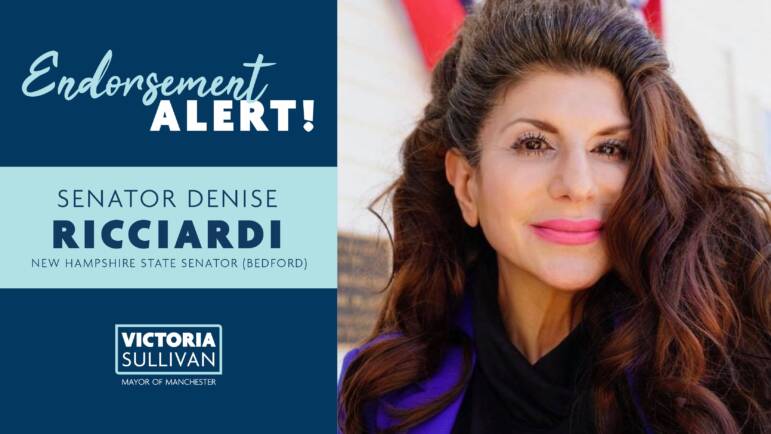 In addition to her role in the New Hampshire State Senator, Ricciardi is a Town Councilor in Bedford and serves on the state’s 5G Health Study Commission.

“As a senator and town counselor from the neighboring community of Bedford, I have seen firsthand how Manchester has crumbled under the Joyce Craig administration over the last several years. Our state’s largest city deserves a mayor with the grit and determination needed to turn things around and solve the problems that her constituents are desperately looking to be solved. The problem of homelessness needs a solution, our law-enforcement community needs a leader at City Hall, and the businesses in Manchester are looking for someone that understands their struggles,” said Ricciardi. “Over the last several months of this campaign, I have seen Victoria display the passion and commitment to turning things around in the Queen City. We desperately need her leadership in the Corner Office in Manchester. She won’t just help that great city but every surrounding community in the region as well.”