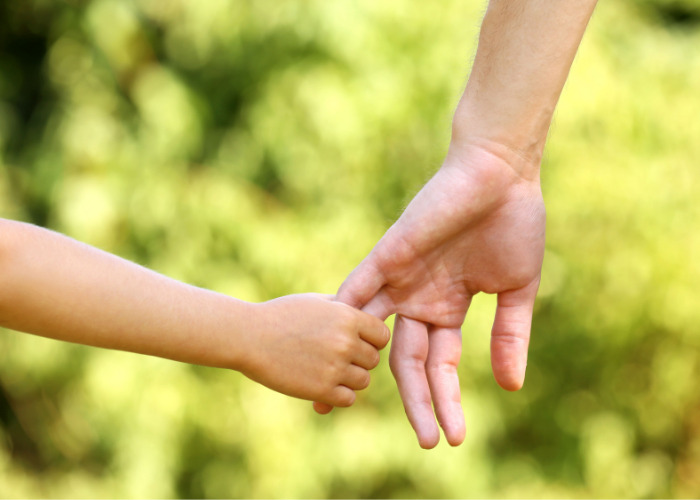 We are about three weeks into Little Bean’s first grade when it occurs to me that I am no longer aware of the person she’s becoming.

This revelation comes during a morning drop-off, that chaotic elementary school time when the kids, teachers and parents all come together outside the class for the beginning of the school day. As we gather in the lot, she begins collecting her little friends around her. They call each other by kid nick-names, comment on their backpacks, or headbands, or facemasks.

My daughter has a posse and I’m not a member.

Since the spring of 2020, our family had turned inward to avoid the pandemic. After spending a couple years at daycare, instead of sending her to kindergarten, we kept her, and schooled her, at home. We hiked and explored together. She learned to read and write under the tutelage of her elementary school teacher grandmother. She was my muse and my strength though the odd time. I became familiar with our routine, with our coloring or walks. With our adventures.

I knew and understood her.

And now, a new phase; a crossing over. This was a more definitive moment of growth and movement. What was once imperceptible steps toward becoming her own little human, I now saw as giant leaps.

She was not yet seven. And suddenly, watching her with her new friends, I felt like I was losing her. But was I?

I turned to familiar texts to settle my mind about that passage of time from child to adult. The writer Mohsin Hamid suggested that adults are simply “refugees from our childhoods.” The actor Ethan Hawke pointed out that childhood is the time when you’re encouraged to follow your dreams, and adulthood is the time when you’re encouraged to drop them. Even Dr. Suess has piped in. “Adults are just obsolete children,” the good doctor said, “and the hell with them.”

None of that felt helpful.

I left the schoolyard that morning feeling dejected. I’m not inventing some new dad-angst here. I get it. I know what my job is. The fact that I can see her developing her own relationships, a circle of friends and a life separate from my own, well, that’s the whole point. That just means – I hope – that I did it right.

And even as I write this, I begin to understand that none of this is about her. Not really. These quiet moments at home that I now have, after 15 months of nearly constant companionship with her, are about me. Reflection rarely occurs in the middle of chaos. But after, when you have time – really have a quite space to get into your head – that’s when it settles onto your shoulders. That’s when life can begin to feel heavy.

Later that evening, caught in my own monkey brain and foolishly trying to get some work done at the kitchen table, Little Bean pads into the room in her jammies and with her tablet.

“Daddy, do you want to hear my favorite new song?”

She has this piano game she plays, where the notes float down from above toward digital keys and she “plays” them as they come into view. Play the notes correctly and you can hear the song.

“Sure,” I say. She surprises me by climbing up my chair and sitting on my lap, positioning the tablet so we can both see it. She touches a button and the notes start falling from the top of the screen. She begins to play and I recognize the song.

“This is your favorite song?” I ask.

She nods, focused on the virtual notes.

And so there we sit – my daughter, on her own, discovering Beethoven and bringing the music to me; giving me a piece of her world. What’s old is new. What was mine is now hers. I resist the urge to tell her that I know the song, that it’s famous, that it’s been with the world for 200 years.

I turn to my old friend Walt Whitman for direction. Walt wrote:

There was a child went forth every day,

And the first object he looked upon and received with wonder or pity or love or dread, that object he became.

My daughter is becoming. Some days, she’ll do that without me. Other times, like tonight, I’ll have the privilege of becoming with her.

“Ok,” she says, as the tinny, digital strains of “Fur Elise” fade and she leans back against my shoulder. “Want to hear another?”