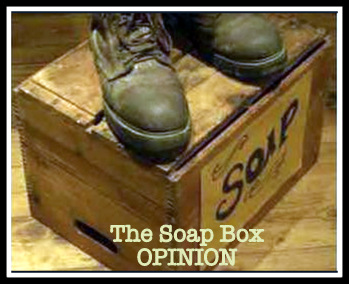 Mommy is sorry. I have worked hard over the last five years to make a dent in the bigoted outer layer of America. I have spoken out on behalf of Black Lives, LQBTQIA Rights, the sanctity of Native lands and culture, the Equality of Women, and our Muslim Brothers and Sisters, to name a few. I have spent time among the masses in the streets marching alongside the spirits of Our Ancestors for liberation. I’ve watched law enforcement lay waste to the talent of black bodies time and time again. And through all of this, I have spoken out and worked to educate and unite people around our shared humanity. I was hopeful that we were moving in the direction of not just tolerance, but acceptance and, ultimately, love. I was raising you to live in a country where you would, finally, be celebrated; I was wrong. I was wrong and I’m sorry.

Last November, our fellow countrymen and women decided that the Presidency, the highest governmental office in our land, should go to a greedy, hateful man … and my worst fears came true. My daughters, who I had taught to love and laugh and create and share and spread magic and joy, were told they didn’t matter. You were told your lives and the way in which you were learning to live your lives (with love and service for others) had no place in the country we call home. And over the last few months, I have shielded you from the violence and the rhetoric that deems ‘otherness’ unworthy. I’ve had to create a bubble in which you feel accepted and loved; a place where you can explore without fear of retribution for being precocious.

And now, more than ever, I have work to do. I’ve created this bubble for you, but it is my hope to create a place where all children who embody diverse identities have a safe space to learn and grow and play. A place where those who practice the Islamic faith feel welcomed and supported, not banned or ostracized because of their devout faith. A place where Trans boys and girls, women and men are able to live the lives they were born to live no matter the fear, hate, and ignorance they may encounter. A place where patriarchy can no longer dictate what a woman can do with her body or how much she gets paid based on antiquated notions. A place where we protect and save the unbothered and unmanipulated Earth – for our Native brothers and sisters, but also, because it’s our job as its inhabitants, to preserve its riches. A place where Black Lives Matter.

Now, I see millions of people, old and young, stepping out of the comforts of their privilege and challenging the intolerableness of intolerance. While the current administration seems hell-bent on dividing us and categorizing us to feed its vitriolic rhetoric, I look around and see bridges being formed and alliances strengthening in reprisal of hate.

So, my hope for the future of this country – and world – lies in you. It is in your unapologetic love of yourself and your culture. It is in the love you, and many others, are spreading through day-to-day interactions. It is in your revolutionary act of being … and not just being, but being happy and proud of who you are. And it is in the way you will continue to educate, speak out against injustice, and fight for the liberation of all people.

This President and His administration won’t win. They aren’t strong enough. And that is not to say that the fight won’t be tough, but you have the strength and determination of 500 years of people clawing and fighting for freedom and love, with courage and ferocity, by any means necessary.

Remember, they aren’t built for this, but you are. 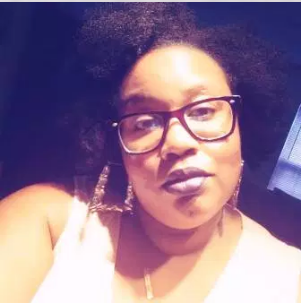 Emerald Anderson-Ford is a philanthropist, wife, mother, business owner, and activist who currently lives in Charlotte, NC. with her husband and two daughters. She lived in Newmarket and Manchester, NH between 2008-2012 working with City Year New Hampshire. You can follow her on Instagram @elanderson85 and her weekly special Tub Talk with Emerald on YouTube.