MANCHESTER, NH — If the Central High boys basketball team is able to shake off its early struggles and turn itself into the Division 1 title contender some believe it can be this year, folks might look back on one shot, at the end of one game (that didn’t even count in the standings), one night in late December, as the turning point.

Central guard Baylee Bates calmly drained his only field goal of the game, a three-pointer from the wing with just 3 seconds left to play in regulation, to lift the Little Green past Manchester West, 61-59, in the consolation game of the Queen City Christmas Tournament. 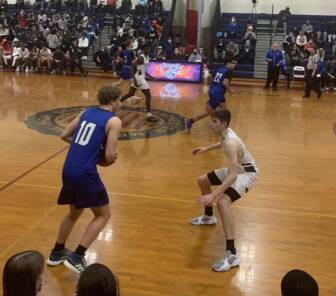 Bates’ game-winner spoiled an epic comeback by West, which rallied from a 20-point halftime deficit (36-16) to take a 58-56 lead on a pair of free throws by junior Aiden Scott-Beaulac with 1:15 to play. Central quickly tied the score on a jumper by Asher Zegno.

Scott-Beaulac went to the line again and made one of two free throws with 20.7 seconds left, giving West a 59-58 lead. When his second shot rimmed out, there was a scramble for the loose ball and Bates grabbed it near the end line. As he was falling out of bounds, Bates alertly slammed the ball off the legs of a West player. The ball caromed out of bounds, giving Central the ball and a final chance with about 15 seconds still on the clock.

That proved to be more than enough time for Central to work the ball up the floor and around the perimeter, where Bates got a clean look from behind the arc on the left wing. He fired without hesitation, the ball touching nothing but net with 3 seconds remaining. A desperation heave from half-court by West hit the rim and bounced out as time expired. 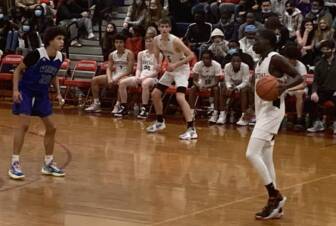 “I’ll take it,” said a relieved Central Coach Sudi Lett. “The Christmas Tournament is a staple in our community and I’m just happy we were able to have it. West did a great job but I’m glad we got it done.”

For Division II West, the tournament marks a brief foray into high-level Division I competition, something Blue Knights’ Coach John Langlois believes will only make his team better.

“I’m so proud of these guys. I’m so proud, I feel like I could start cryin’,” he said. “We’re down 20. We’re down to a Division I school. We have seven players not here (due to injury, illness and vacation). We dressed eight, including two JV players that did a tremendous job. I think we will get better from this game and we will continue to get better.” 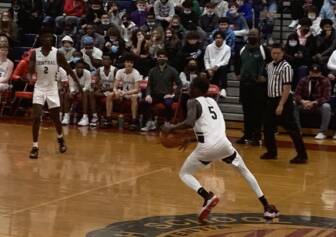 Central dominated the first half, leading 18-6 after one quarter and building the lead to 20 by intermission. Kuel Akot scored 10 of his team-high 16 points in the first half, including a pair of 3-pointers.

The story changed dramatically in the third quarter, as Central suddenly went cold from the field and West began clawing its way back into the game. Senior guard Jacob Plamondon caught fire for the Blue Knights, scoring eight of his game-high 24 points in the quarter.

Trailing 44-31, West closed the third quarter on a 9-2 run to pull to within 46-40 entering the fourth quarter. Scott-Beaulac drilled a 3-pointer for West to start the quarter and the game was on. Scott-Beaulac finished with 12 points, including 11 in the final quarter. 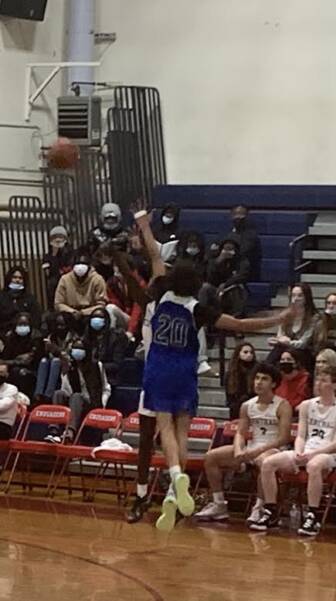 Central guards Angel Castro and Jason Gasana did their best to keep West at bay. Castro dropped in a baseline jumper and Gasana scored on a putback to help Central stay on top, 56-51, with 3:30 to play. But West refused to go away quietly. Plamandon hit a pair of free throws, then connected on a long 3-pointer to tied the game, 56-all, for the first time since the first quarter, setting the stage for the heart-pounding finish.

“I’m really proud of these kids, for the fight they showed in these two (tournament) games,” said Lett, whose team fell to Memorial in overtime in their semifinal game. “One of the things that was happening early in the season was we kind of quit at the end of games. But to see them come out and really fight these last two games, it’s really encouraging for the rest of the season.”

NHIAA basketball teams resume their official schedules next week. Central (1-2) will play host to Winnacunnet on Monday, Jan. 3. West (3-2), returns to its Division II slate Monday, Jan. 3, when it plays host to Souhegan. 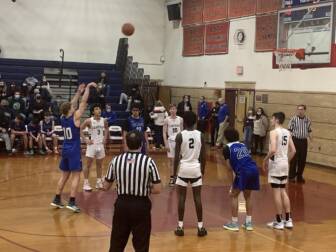