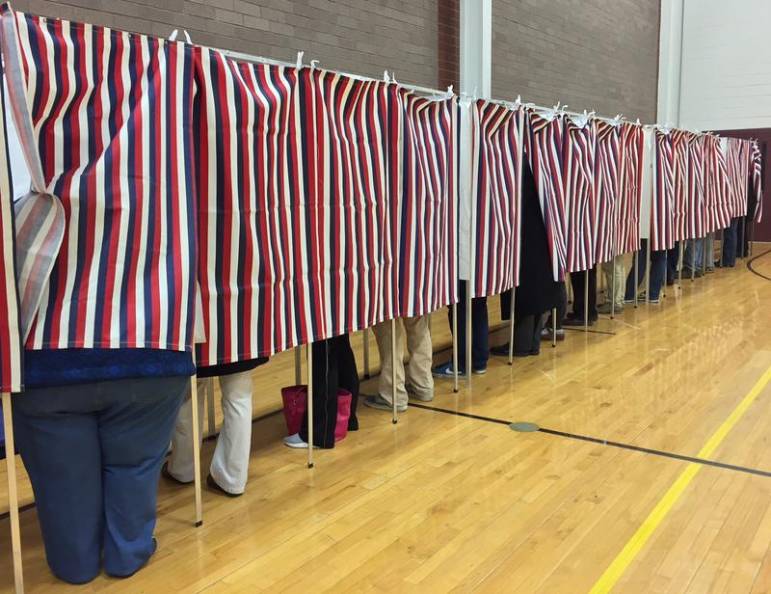 CONCORD, NH — The American Civil Liberties Union sued New Hampshire for invalidating the absentee ballots of hundreds of voters – many of whom are disabled – without warning.

At issue is a state law that allows election officials — who have no handwriting-analysis expertise — to reject an absentee ballot without giving notice to the voter, if they think there is a signature mismatch in the voter’s paperwork. People with disabilities are far more likely to have fluctuating handwriting or to require the assistance of someone to sign their name, as allowed under federal disability rights law.

“People should not be denied their fundamental right to vote because of penmanship, but that’s exactly what is happening in New Hampshire,” said Gilles Bissonnette, legal director of the ACLU of New Hampshire.  Voters are never even informed that their ballots have been thrown out. Over the past five years, more than 500 voters have been disenfranchised under the law.

They include plaintiff Mary Saucedo, a 94-year-old Manchester resident who is legally blind and allowed to obtain assistance in completing the absentee ballot process. For that, she relies on her husband of 51 years, Gus, an 86-year-old military veteran. In the 2016 general election, he assisted her in filling out her ballot, sent it in, and assumed her vote had been counted. Unbeknownst to them, it hadn’t.

“Voting means we have a say as to who should be in charge. In my household growing up during the Depression, it was very important to vote. My father instilled the importance of voting in me. It was not about the party you voted for, but about picking the most qualified candidate. He taught me that everyone who is eligible should vote. It was our duty because voting is what makes our country independent,” she said, adding it was shocking and deeply disturbing to have her ballot tossed out without notice.

“The decision to throw out a ballot and deprive a citizen of their vote is essentially arbitrary. There are no transparent procedures for evaluating voter signatures,” said Julie Ebenstein, staff attorney with the ACLU’s Voting Rights Project. “New Hampshire cannot create barriers that prevent individuals with disabilities from voting and having their votes counted. Period.”

The lawsuit, Saucedo v. Gardner, cites violations of the federal Constitution and the Americans with Disabilities Act. It was filed in U.S. District Court of New Hampshire.

The complaint is at: https://www.aclu.org/legal-document/saucedo-v-gardner-complaint

More information is at: https://www.aclu.org/cases/saucedo-v-gardner