LONDONDERRY, NH —The holiday season is just about over, but time still remains to see the Aviation Museum’s first-ever ‘Festival of Toy Planes’ exhibit.

The immersive display, which features thousands of toy planes and model aircraft from three separate collections on loan or donated to the museum, is open to the public through Sunday, Jan. 12.
The exhibit is open during the museum’s regular hours: Fridays and Saturdays 10 a.m. to 4 p.m. and Sundays 1 to 4 p.m. It’s also open additional evening hours Wednesday through Sunday from 5 to 8 p.m., which includes New Year’s Day, Jan. 1, 2020.
The display features a wide range of toy planes and model aircraft from throughout the 20th century, from the era of pioneering aviator Charles Lindbergh to Toy Story’s Buzz Lightyear. 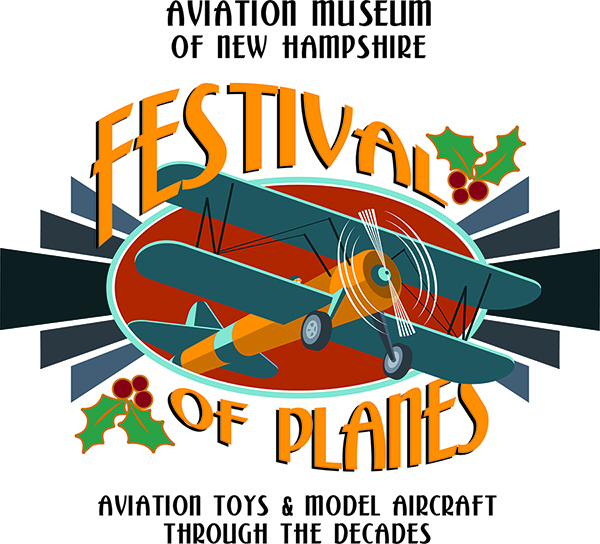 “With this exhibit, we try to celebrate the connection between children and toy planes as it has changed through the years,” said Jeff Rapsis, executive director of the Aviation Museum of New Hampshire. “From the cast-iron airliners of the Great Depression era to today’s plastic playthings, it tells a rich story.”

The display includes several elaborate Barbie planes (complete with Ken and all her other friends), primitive metal airplane toys from developing nations (some made from soda cans), a display of aviation-themed puzzles, and much more.
“In addition to airplane toys meant for children, we’ve included a dazzling group of valuable high-end models produced for the collector’s market,” Rapsis said. “Some people never outgrow their passion for model aircraft—but their toys change and become more sophisticated.”
The majority of the toys on display are on loan from the Top Fun Aviation Toy Museum of Fitchburg, Mass., which the Aviation Museum of New Hampshire is in the process of acquiring. The cataloged inventory of this group exceeds 3,000 separate items.
Also on display are the Mauro Scali collection of collectible Pacific Aircraft models, donated to the Aviation Museum in 2019, and the Howard Becker collection of scratch-built models, also donated to the museum this past year.
The exhibit includes a wide range of working toys and games, some battery-powered and others mechanical, including several aviation-themed savings banks. A demonstration of working toys is given each evening at 6:30 p.m., or by request.
“This exhibit is designed for young and old alike,” Rapsis said. “For many career aviation professionals, it all started with an airplane under the Christmas tree. So this is in keeping with our mission to inspire today’s youth to become tomorrow’s aviation pioneers and aerospace innovators.”
The Aviation Museum’s “Festival of Toy Planes” exhibit is made possible with support from Manchester-Boston Regional Airport, the Cogswell Benevolent Trust, and the Top Fun Aviation Toy Museum.
No items in the exhibition will be for sale, but the Aviation Museum gift shop offers a wide range of aviation-themed holiday gifts, keepsakes, and mementos.

The ‘Festival of Planes’ exhibit of aviation toys and model aircraft will be open through Sunday, Jan. 12 at the Aviation Museum of New Hampshire, 27 Navigator Road, Londonderry, N.H.

The museum can be reached via Exit 1 on Interstate 293 in Manchester and heading south on South Willow Street past the Mall of New Hampshire entrance; then follow the brown “Aviation Museum” directional signs.
For more information, visit www.aviationmuseumofnh.org or call (603) 669-4820. Follow the Aviation Museum on social media at www.facebook.com/nhahs.
The Aviation Museum of N.H. is open Fridays and Saturdays 10 a.m. to 4 p.m. and Sundays 1 to 4 p.m. For the ‘Festival of Toy Planes,’ special additional evening hours are Wednesday through Sunday, 5 to 8 p.m., (including New Year’s Day), through Sunday, Jan. 12.