This week’s round-up of live entertainment in and around Manchester is brought to you by A. Robert Dionne of Ted Herbert Music School & Rentals. Email your entertainment events to rob@majestictheatre.net for consideration. Be sure to add your events to the InkLink community calendar for possible inclusion in the live radio report on WMNH 95.3 (The Morning Show with Peter White – “World of Entertainment” LIVE every Thursday at 8 a.m.)

Always be sure to check a venue’s website or social media for last-minute changes.

KEN ROGERSON, “The funniest man you’ve never heard of,” started his comedy career working the Chicago club circuit and at the famed Second City. After touring with the improvisational troupe The Comedy Rangers, Ken moved East and became a central part of the historic ‘80’s Boston comedy scene of the as documented in the film When Stand Up Stood Out. There, he honed his standup act to a fine edge “…sharp enough to cut the head off a rabbit at thirty yards.” Still rocking it, Ken is now all over the internet, where you’ll find clips from his Dry Bar special, Way North of 40 which total over a million views, and he can also be heard on Sirius XM, Pandora, and Spotify as part of The Best of Boston Vol II alongside some of Boston’s best! 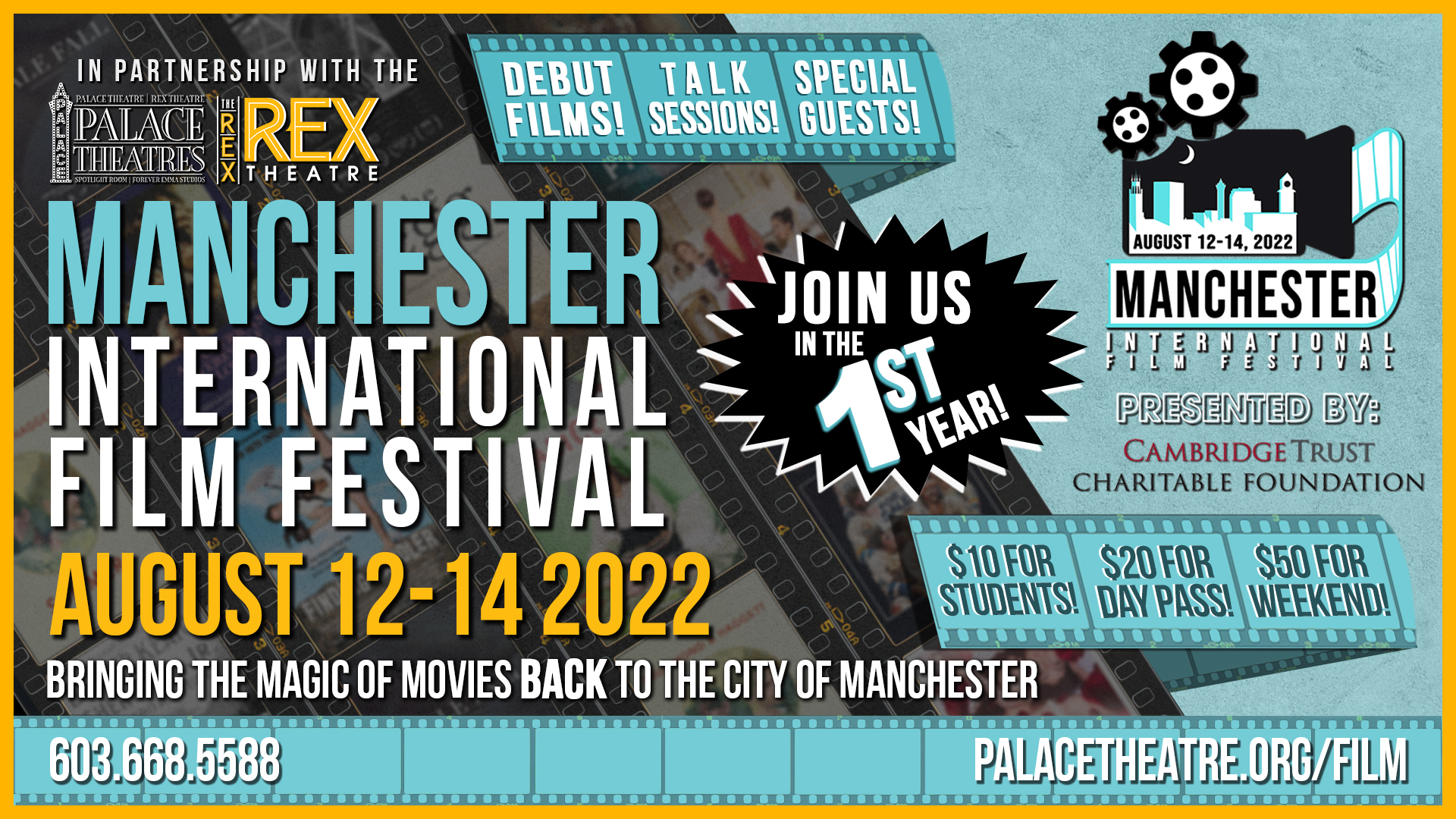 Complete schedule of movies and events at https://www.palacetheatre.org/film/

Audiences worldwide know Tony and Emmy Award-winning actor John Lithgow from his delightful performances across stage and screen. In a lively discussion, Lithgow reflects on the iconic roles that comprise his decades-long career, from cultural touchstones like The World According to Garp and 3rd Rock from the Sun to his more recent SAG-award-winning role as Winston Churchill in the smash-hit Netflix original series The Crown. Lithgow places social and political advocacy at the forefront of his public speaking, with an emphasis on the importance of the arts and education, as well as his recent forays into the world of political satire with the publishing of the New York Times best-selling Dumpty trilogy of books. Ever charming, John Lithgow dazzles audiences with his trademark wit and conversations full of heart.

Nunsense begins when the Little Sisters of Hoboken discover that their cook, Sister Julia, Child of God, has accidentally poisoned 52 of the sisters, and they are in dire need of funds for the burials. The sisters decide that the best way to raise the money is to put on a variety show, so they take over the school auditorium, which is currently set up for the eighth grade production of “Grease.” Featuring star turns, tap and ballet dancing, an audience quiz, and comic surprises, this show has become an international phenomenon. Updated by the author with new jokes, additional lyrics, two new arrangements, and a brand new song.

The closest re-creation you will see to THE supergroup of the 70’s and 80’s! An absolutely dynamic stage show with four-part harmonies that other bands could only dream of doing. https://labellewinery.com

From Boston Ballet’s former prima ballerina Edra Toth comes a full-length production of this most beloved ballet classic of all time. Featuring special guest artist Yuval Cohen from the Philadelphia Ballet, you don’t have to travel to Boston to be moved by amazing talent! Artistic Director Edra Toth has put together a cast of NH trained professional dancers to bring you the timeless love story of Swan Lake that mixes magic, tragedy and romance. Visit www.northeasternballet.org for more information.

Ballet Misha, the NH-based award-winning professional dance company and its apprentice company, is thrilled to bring the original ballet A Midsummer Night’s Dream to the Concord Audi. This original ballet adapted from the Shakespeare play was choreographed by Ballet Misha Director Amy Fortier, and is set to the Mendelssohn score. This humorous, light-hearted ballet is full of magic, fairies, and mischief, making it a perfect evening for everyone, including families. https://ballet-misha.ticketleap.com

The legendary Glenn Miller was one of the most successful of all dance bandleaders back in the Swing Era of the 1930s and 40s. A matchless string of hit records, the constant impact of radio broadcasts and the drawing power at theatres, hotels and dance pavilion, built and sustained the momentum of popularity. Today’s 18-member ensemble continues to play many of the original Miller arrangements both from the civilian band and the AAFB libraries. Additionally, it also plays some more modern selections arranged and performed in the Miller style and sound. Just as it was in Glenn’s day, the Glenn Miller Orchestra today is still the most sought-after big band in the world.

Email your entertainment events to rob@majestictheatre.net for consideration. Be sure to add your events to the InkLink calendar for possible inclusion in the live radio report on WMNH 95.3 (The Morning Show with Peter White – “World of Entertainment” LIVE every Thursday at 8 a.m.).